Maritime Museum of Barcelona. The first submarine Ictineo I

In the courtyard of the Museum a replica of the submarine, Ictineo I, built by the Catalan engineer, inventor, writer and artist Narcís Monturiol i Estarriol. 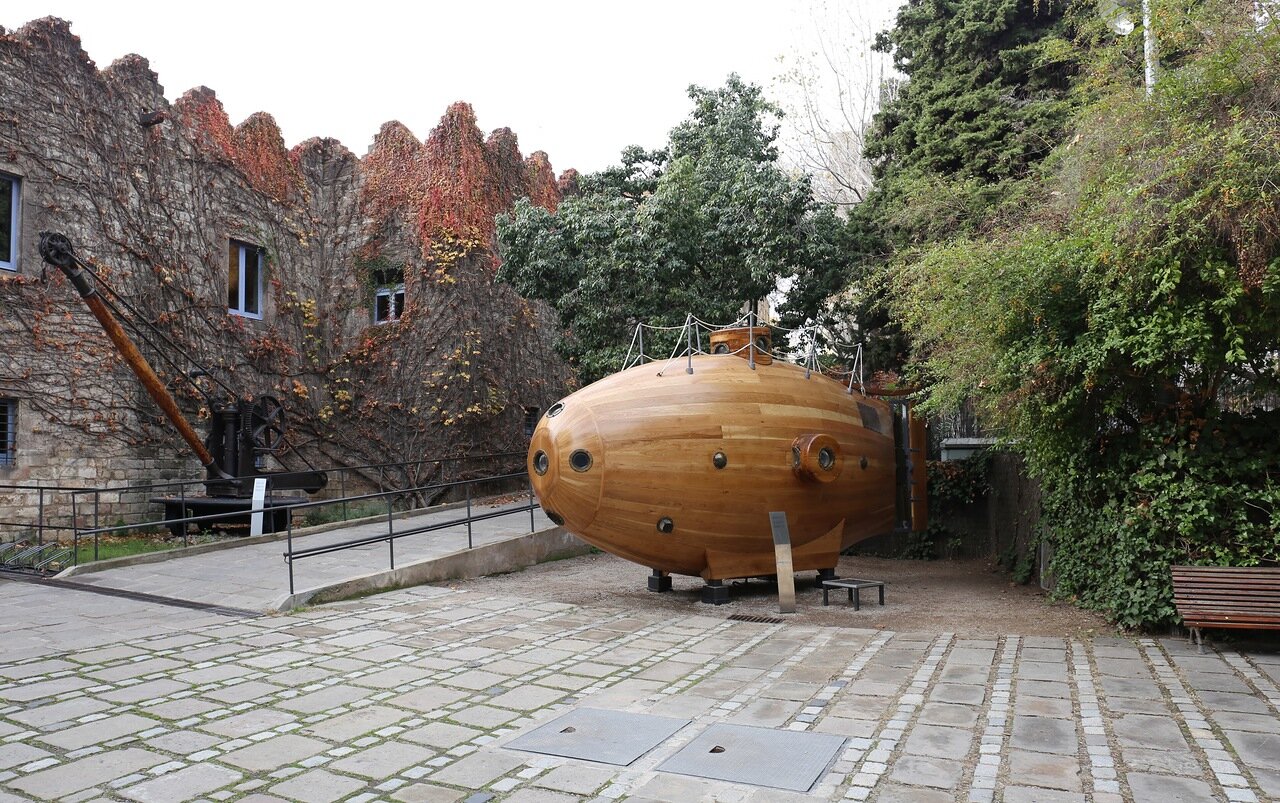 Monturiol studied law, and engaged in journalism on social issues, over time, became very interested in science and technology. Living in Badaxe, Narciso is not by hearsay knew about the dangerous work of diving for corals, and after witnessing the death of a diver, thinking about the creation of the unit, allowing for the safety of the swimmers. The idea did not leave him for 12 years, until friends urged him to try to implement his plan. In 1857 in Barcelona was justified, the society of scuba diving, and soon was presented the project "El Ictineo O Barco-Pez", (Ictineo or fish-ship). 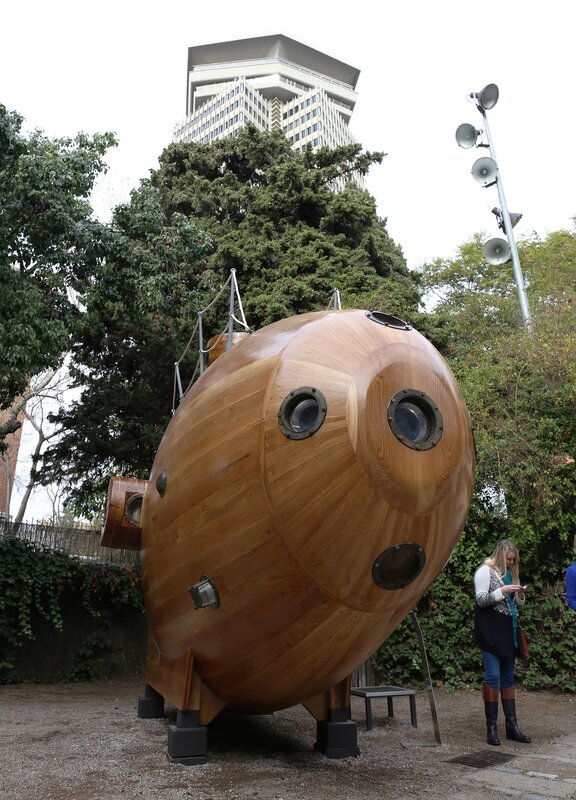 the name of the "Ictineo" was formed from the Greek "icthus" (fish) and "Naus" (boat). As explained by the inventor himself, his creation had all the signs of fish: optimal from the point of view of hydrodynamics, the shape, the tail-the propeller, the fins and to control the swim bladder is to maintain equilibrium in the aquatic environment. The device was supposed to be equipped with manipulators for underwater operations. Structurally, the apparatus consisted of a sealed spheroid, capable of withstanding the water pressure and outer streamlined shell. Own funds of the enthusiast was not,and the government project are not interested, and then Monturiol wrote "address to the nation" with a request to support the initiative, which was a great success. In a short time were collected 300 thousand passet and by the summer of 1859 underwater vehicle was ready.

the Following is a photo I took in the spring of 2013. Unfortunately, then there was time only to look into the courtyard of the Museum. 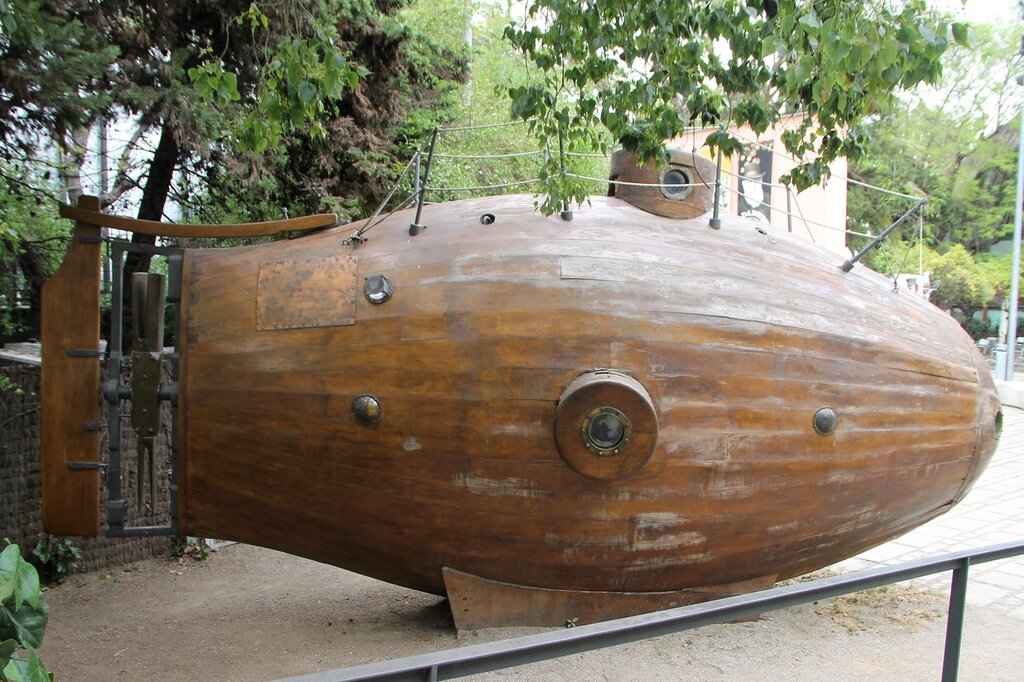 Structurally, the apparatus consisted of a sealed spheroid, capable of withstanding the water pressure and outer streamlined shell. For financial reasons the main building material was wood - inner "solid body" was made of oak rings and sheathed with planks of olive wood and covered with 2 mm copper sheets. The diameter of the crew compartment was 2 meters with a length of 4 meters. According to calculations of the inventor, hull was able to withstand water pressure at depths up to 500 meters, however, Monturiol did not look so far, and safety has limited the diving depth of 50 meters. The outer shell had a length of 7 meters and a height of 2.5 meters, inside it has 4 ballast tanks. Security was ensured by the ballast, which was discharged when it is impossible to blow it with air "bladders" - without the ballast the boat has positive buoyancy. Inside the "hull," was installed cargo that can be moved along the guide rails by changing the center of gravity of the device. 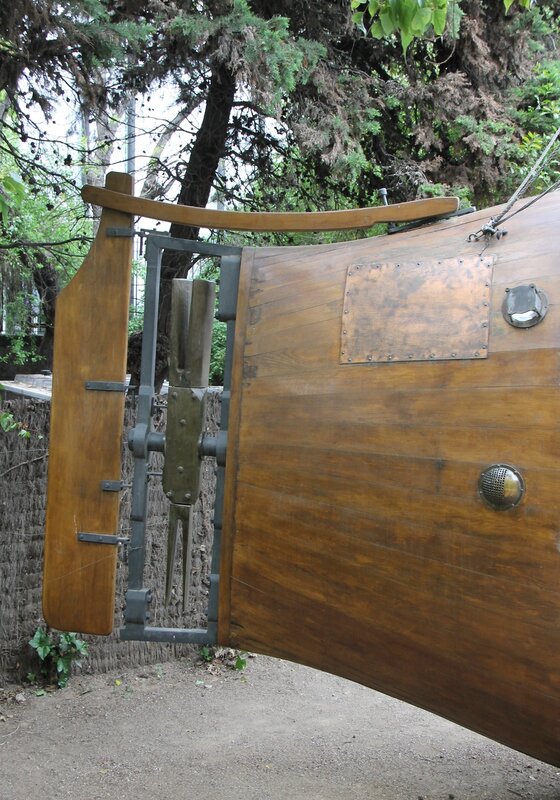 First dive took place in the port of Barcelona on June 28 and almost ended in disaster: the unit stumbled upon the remains of the pile not the bottom and damaged the outer shell. Funds for a complete overhaul of the inventor has not remained, so the submarine was restored to the limitation of depth of immersion to 20 meters. During the summer Monturiol completed more than 20 dives, gradually increasing depth and time under water. The result was achieved in a depth of 20 meters, which the inventor with a partner spent more than two hours using only air inside the case. At the same time Monturiol proposed to extend the hours of scuba diving to use compressed air and chemical absorbers of carbon dioxide. 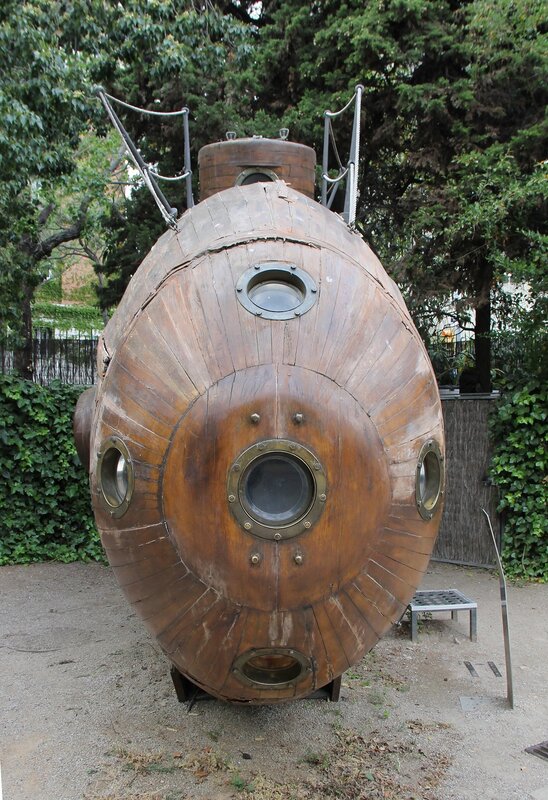 the Device showed good handling, but the speed was limited only by muscle power of the crew. Only the submarine has made more than fifty successful dives while in the Parking lot crashed into a cargo ship. To restore the machine, the inventor did not, and started building more sophisticated models Ictineu II mechanical (steam) drive. Sorry, we found no support of the authorities, was implemented partly on donations, and, ultimately, led to the bankruptcy of the company. 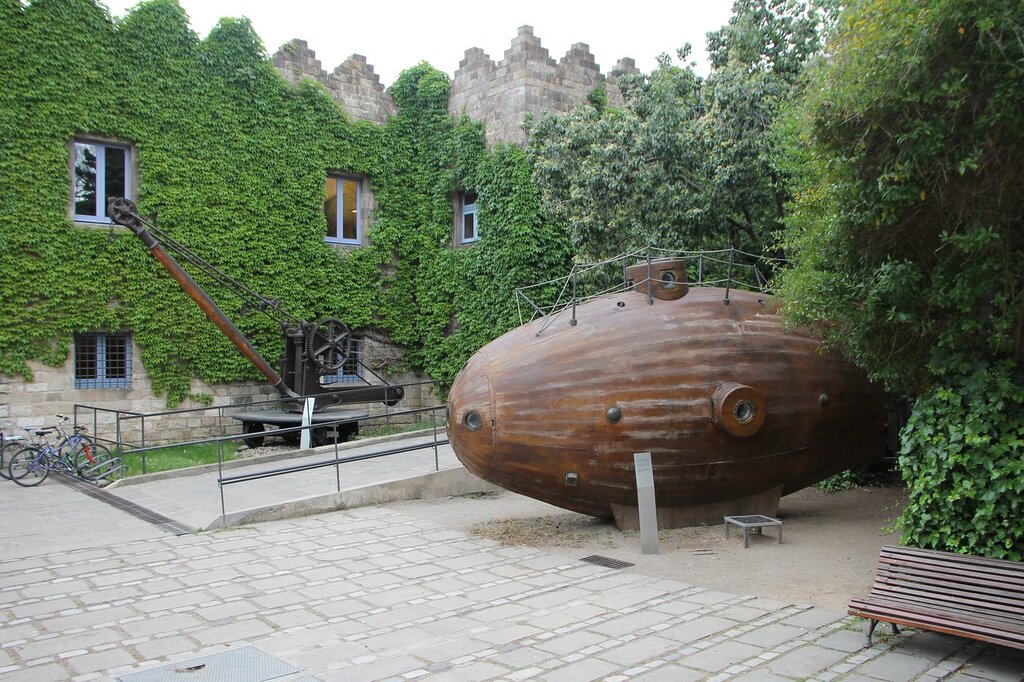 be that As it may, Monturiol were established and tested basic principles of underwater vehicles: design consisting, in modern terminology, of durable and lightweight hull, ballast tanks, controls. They have been proposed methods of supplying the air crew that are used today, and his creations became the world's first real floating submarines.