During the holiday along Larsen Plads promenade lined up several warships. 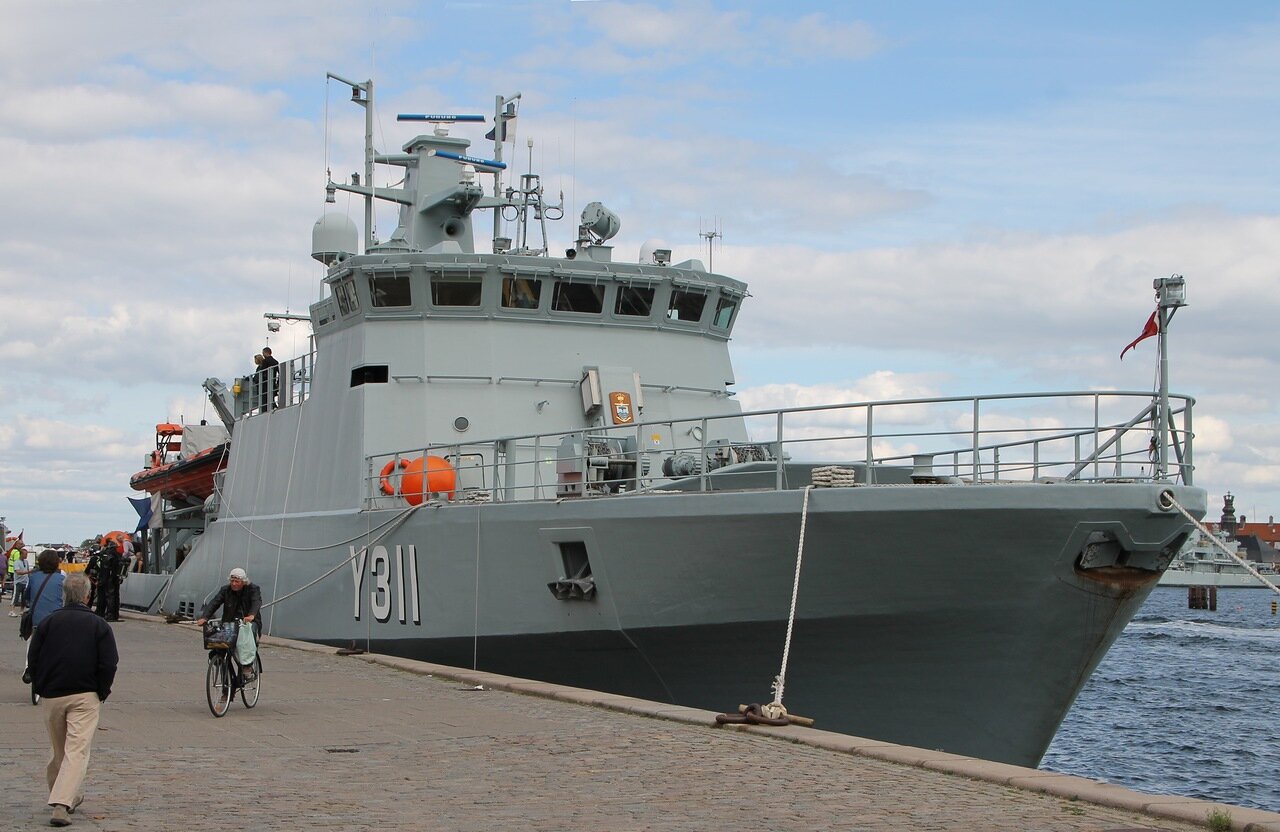 Of course, I could not pass by and spent most of my free time in Copenhagen getting to know the Danish Royal Navy. 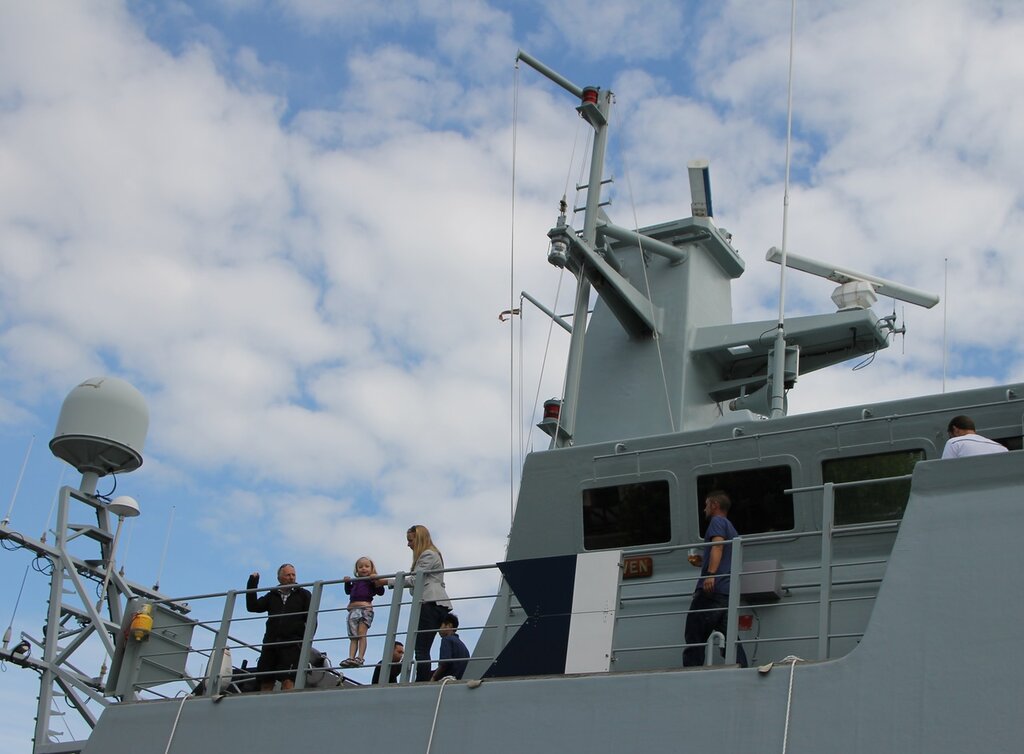 As it turned out - it holds an open day diving and rescue service. 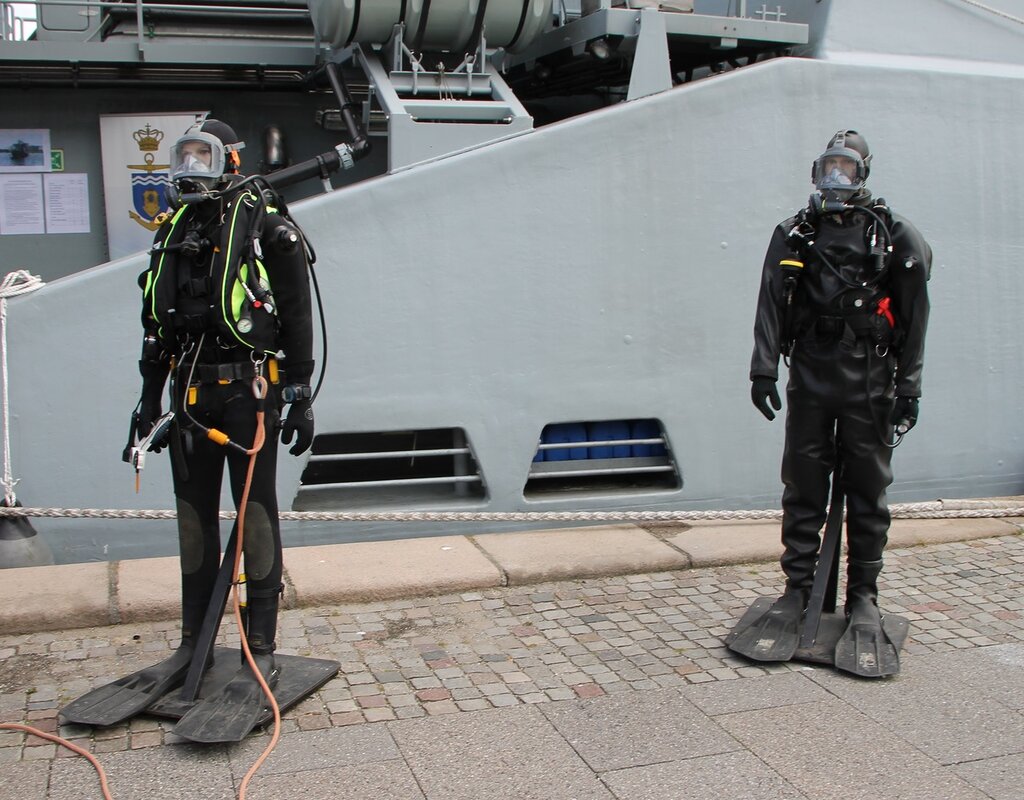 In addition to the display of modern technology and equipment exhibition has another purpose-to attract young people, offering them a professional career in the Navy. 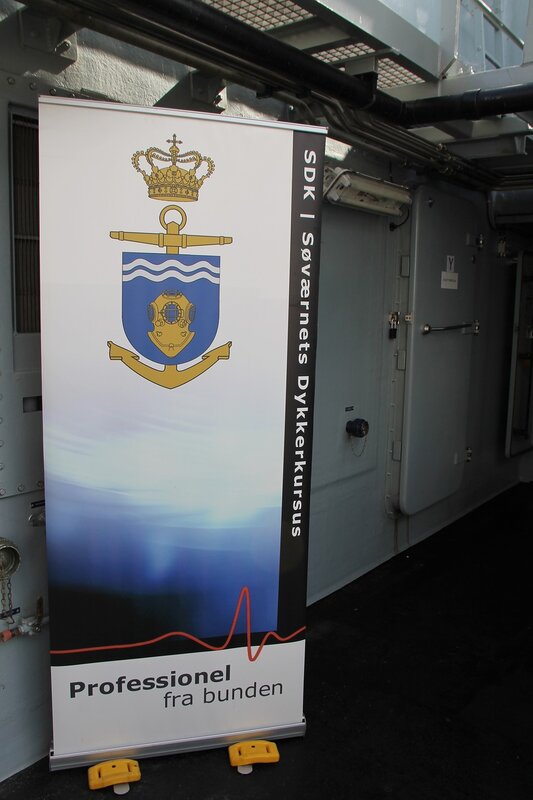 A small stand tells us that a special unit for underwater work was organized in the Danish Navy in 1662. 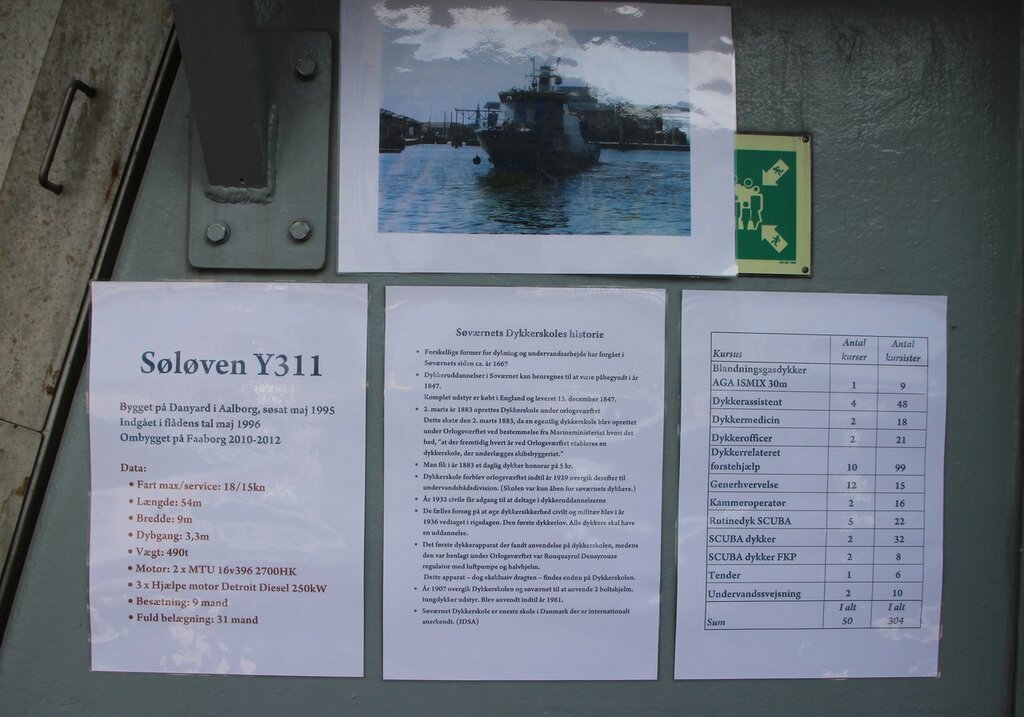 In 1883 the school of divers (Søværnets Dykkerskoles) was opened. Now at school 304 cadets are trained for 50 specialties. 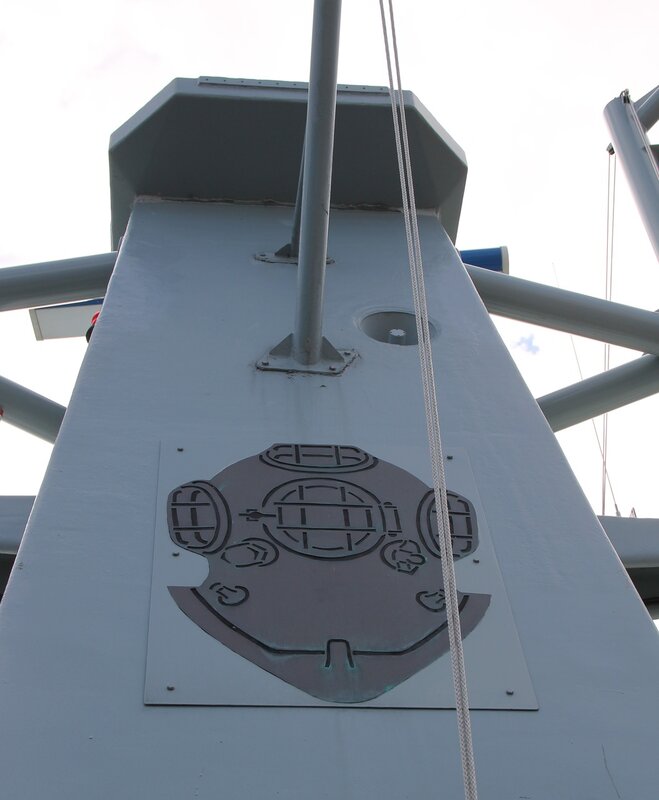 Y311 Søløven ("Sea lion") was built in 1986 as a Flyvefisken class patrol ship and served for the protection of Maritime borders for 25 years. 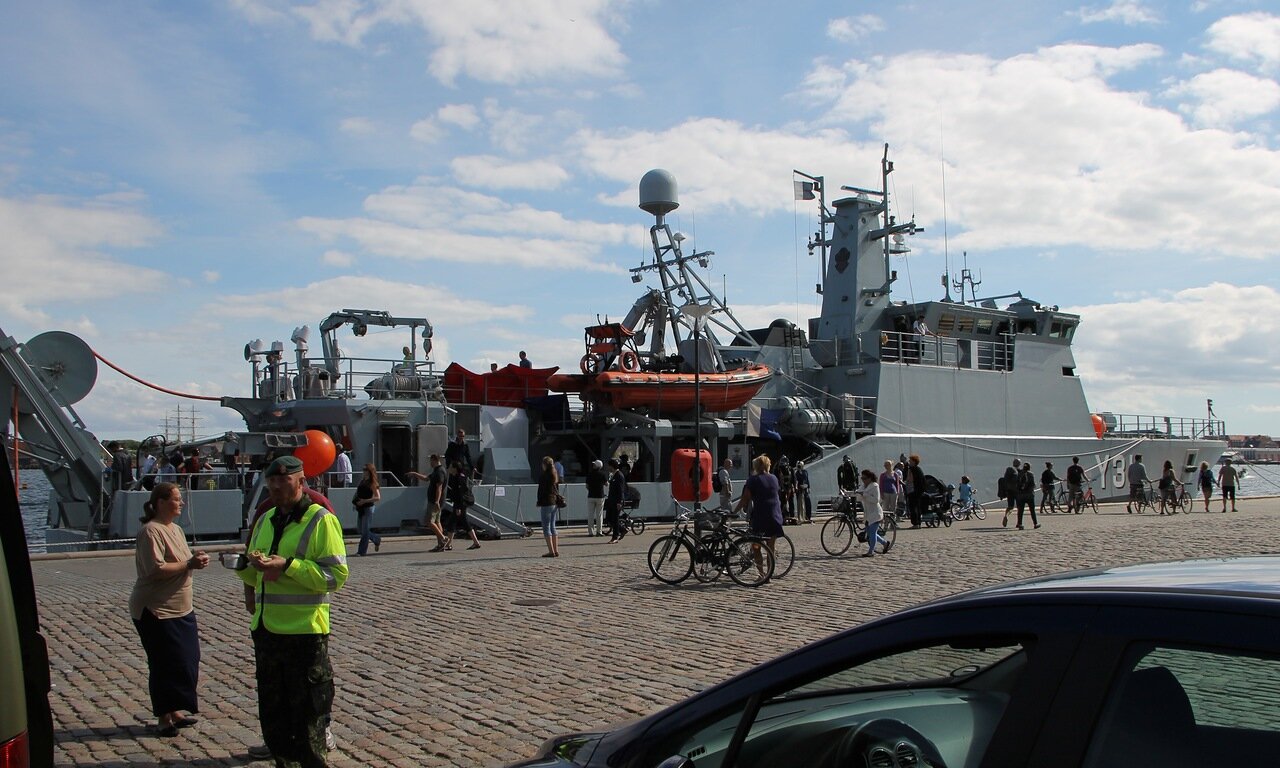 In 2011, "Sea lion" was converted to a training ship of underwater rescue service. Artillery units were removed from the ship, and equipment for diving operations was built.

At the stairs guests are greeted by mannequins dressed in special clothes. 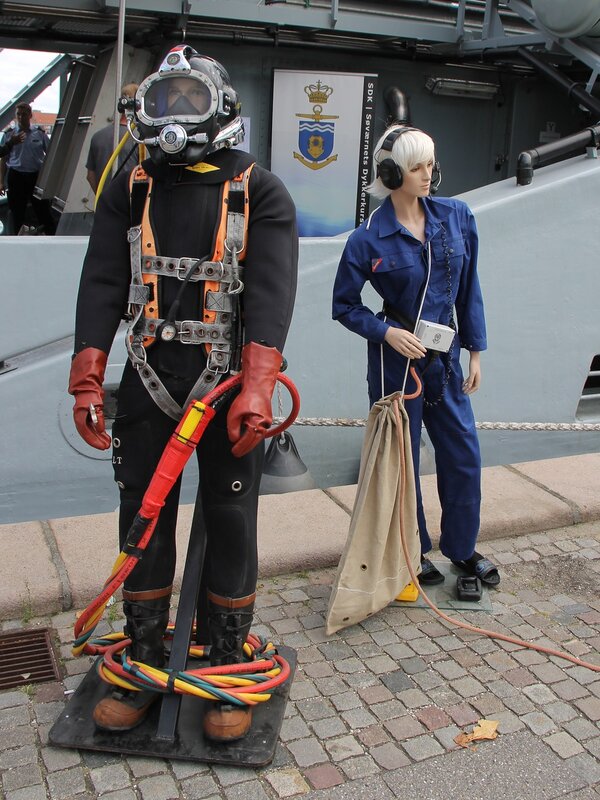 Let's go up to the deck. 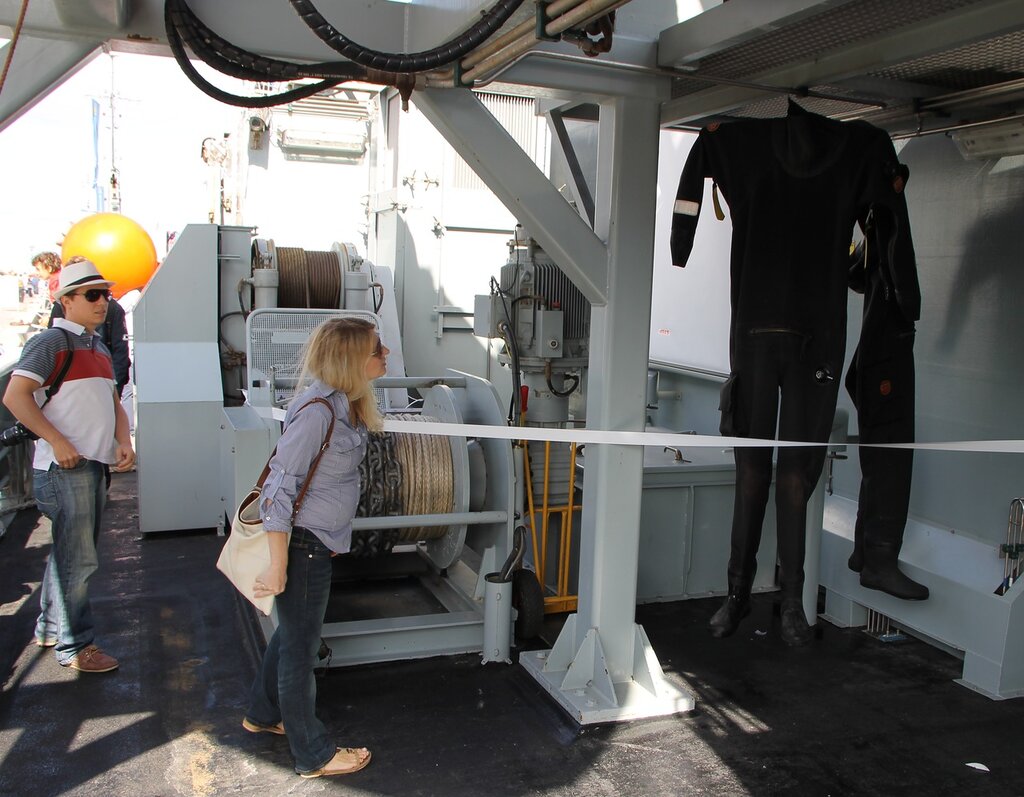 Here the sailors tell the guests about their work. Of particular interest, of course, show the boys. 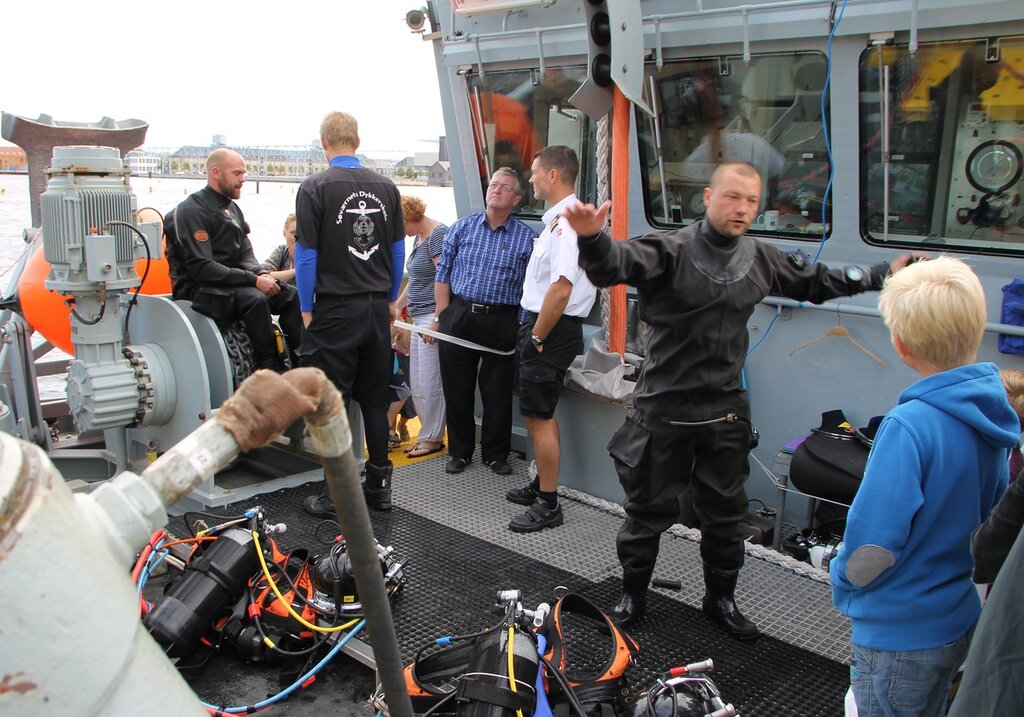 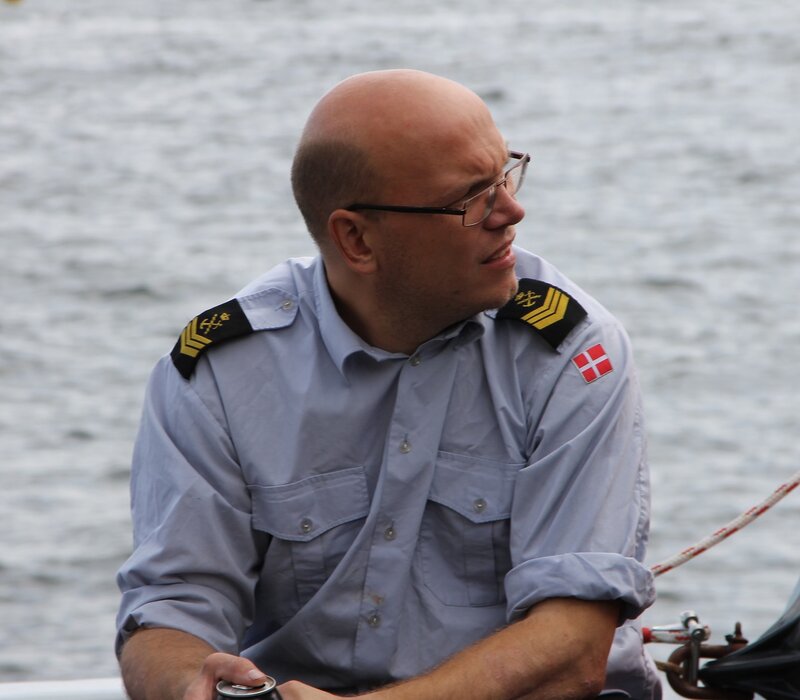 In the aft part of the superstructure there is a diving equipment control station with the most modern devices. 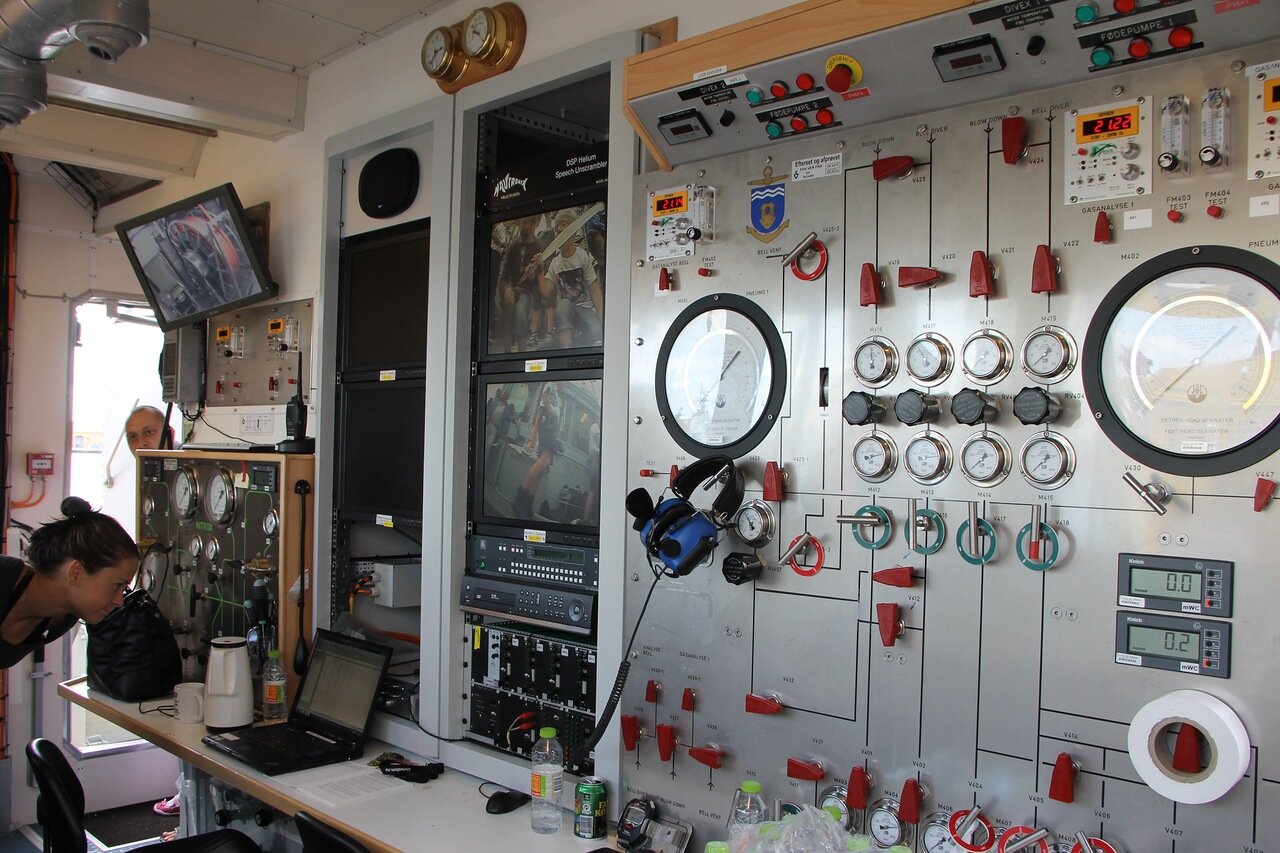 The post is equipped with a variety of devices, all controls are convenient, visual and functional.

On many monitors both surface and underwater conditions around the ship are displayed. 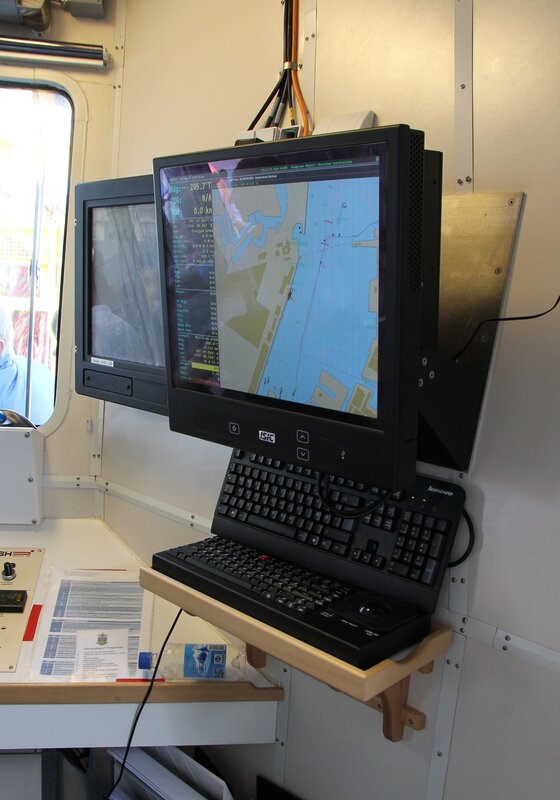 Decompression chamber is intended for gradual adaptation of divers to high pressure at depth and return to normal atmospheric pressure. Such cameras are necessary in order to avoid decompression illness, which not only causes dizziness, nausea, joint pain, but also can lead to irreversible consequences in the organism. 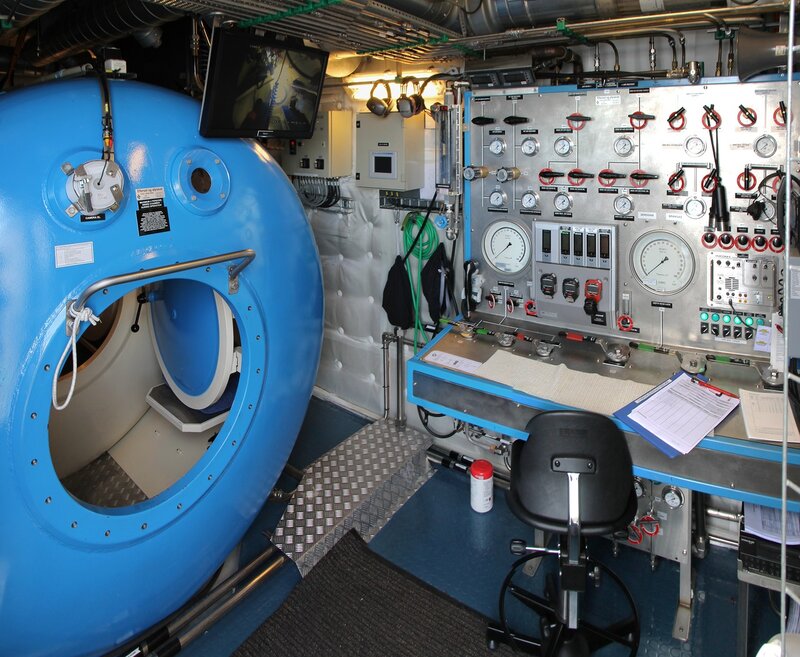 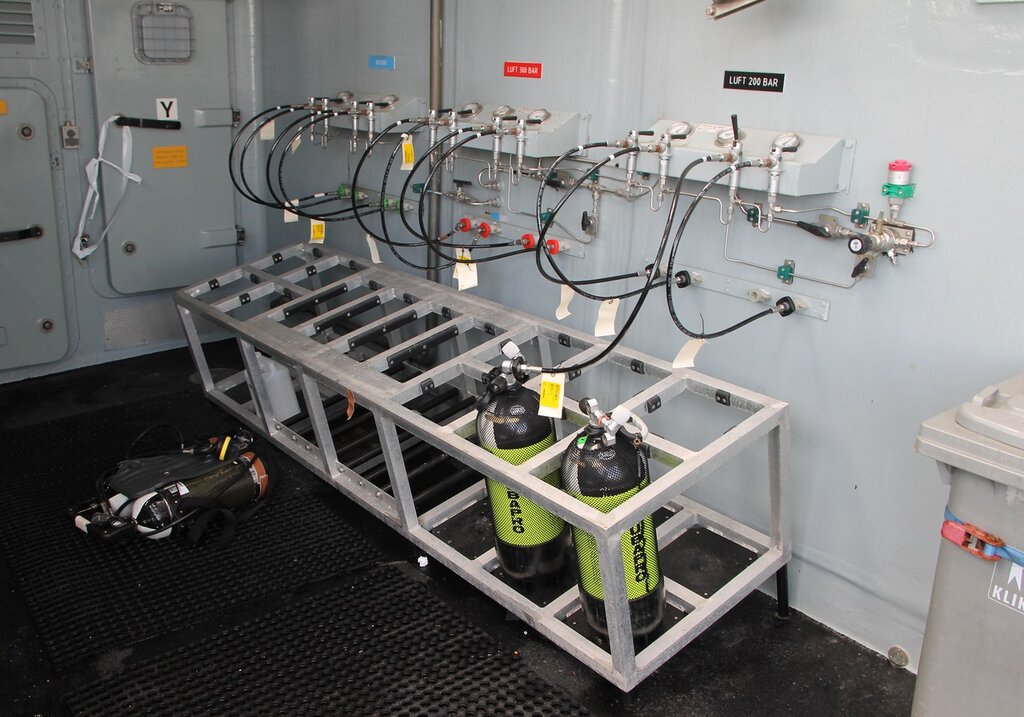 A small infirmary for first aid. 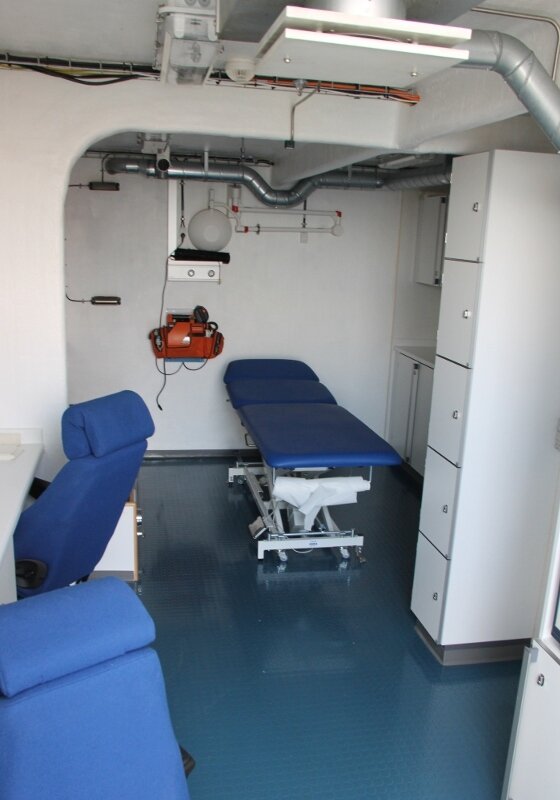 I could walk through most of the ship's interior quite freely. 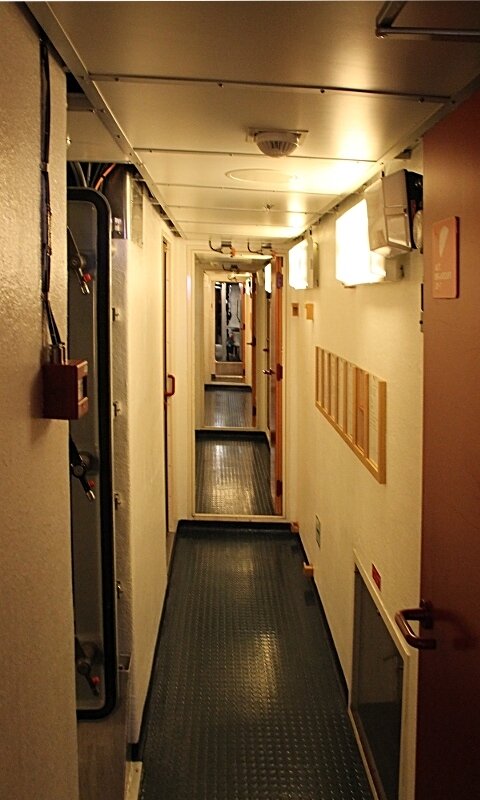 Ship's office is not much different from the land office. 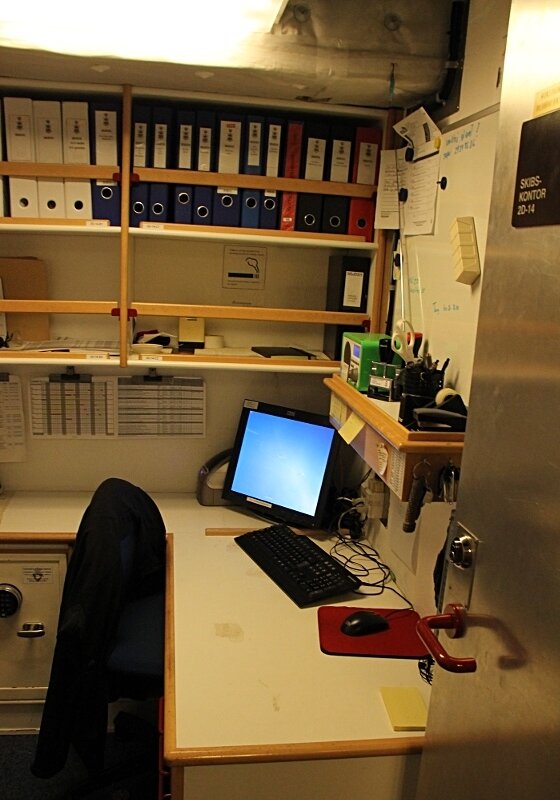 Emergency lights are present at every step and have both mains and battery power. 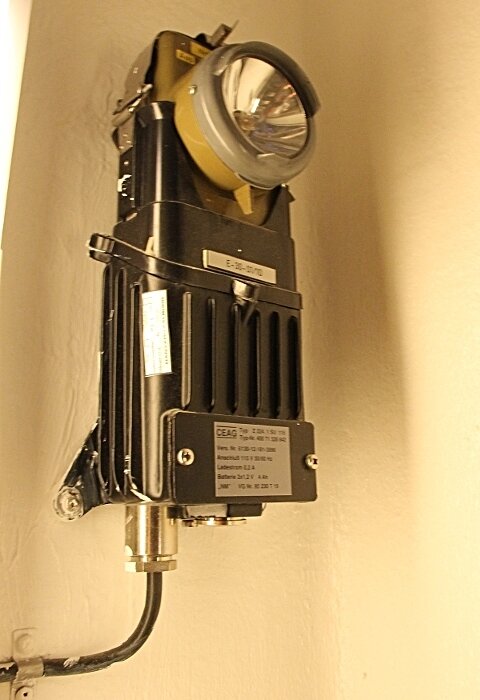 Climb the ladder to the bridge of the ship. 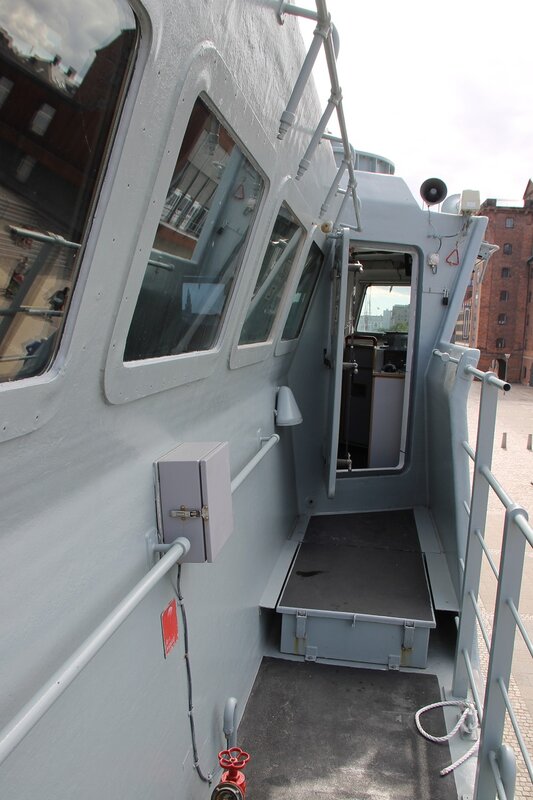 Information technologies have radically changed the appearance of the control posts of modern ships - there are almost no classical devices, they have changed the screens of monitors. 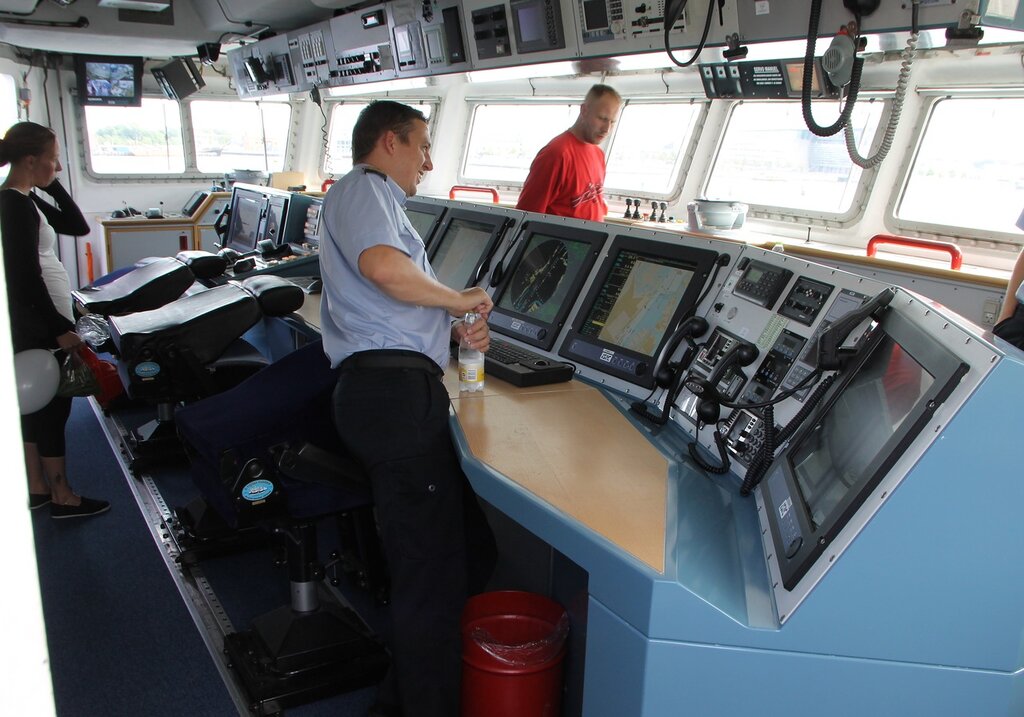 But, despite advances in electronics, without a good old magnetic compass in binnacle not do more than one ship. Although the compass is equipped with a digital indicator. 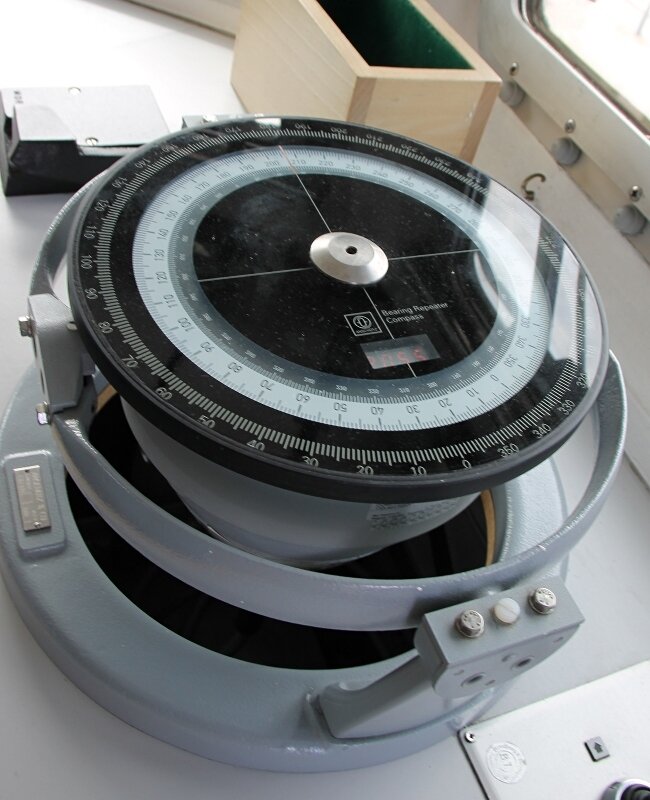 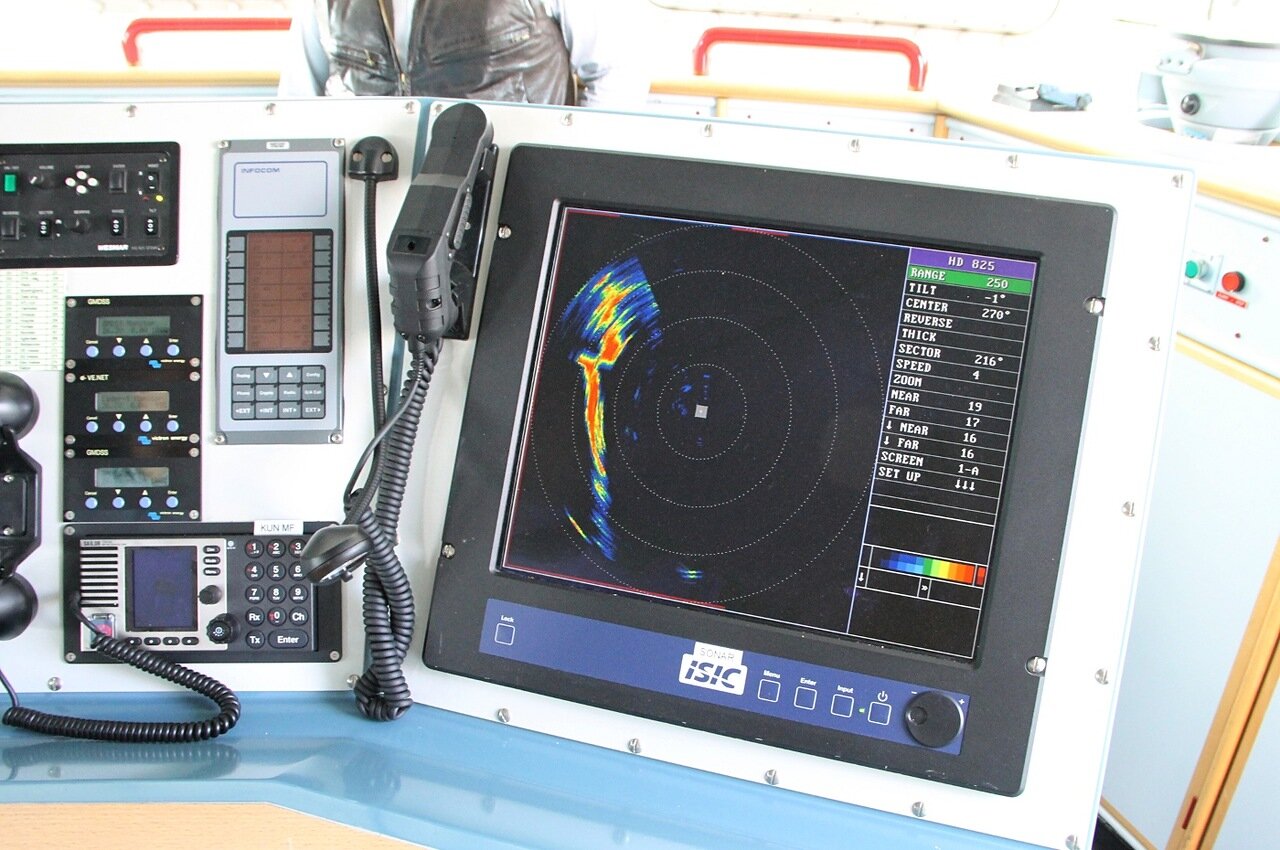 Many systems are duplicated, as it is a training ship. 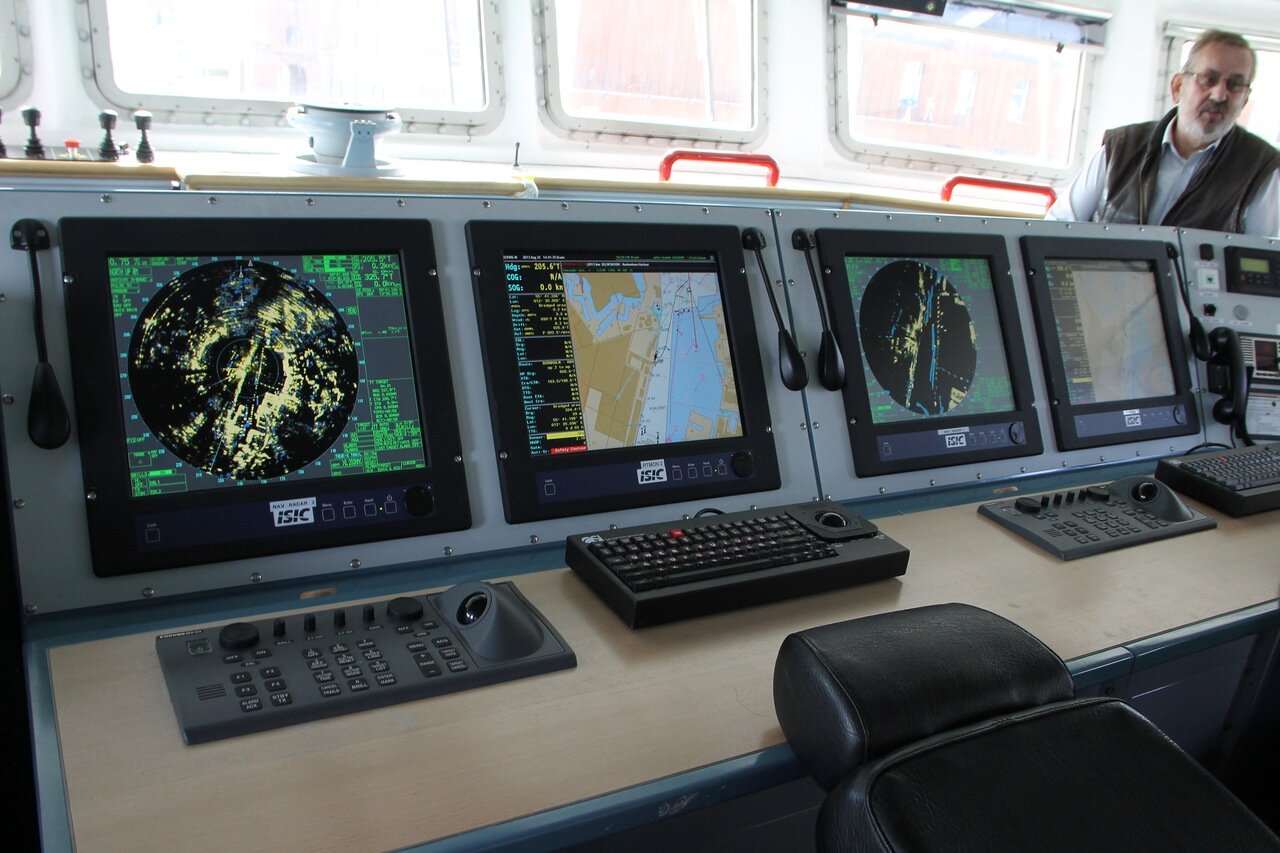 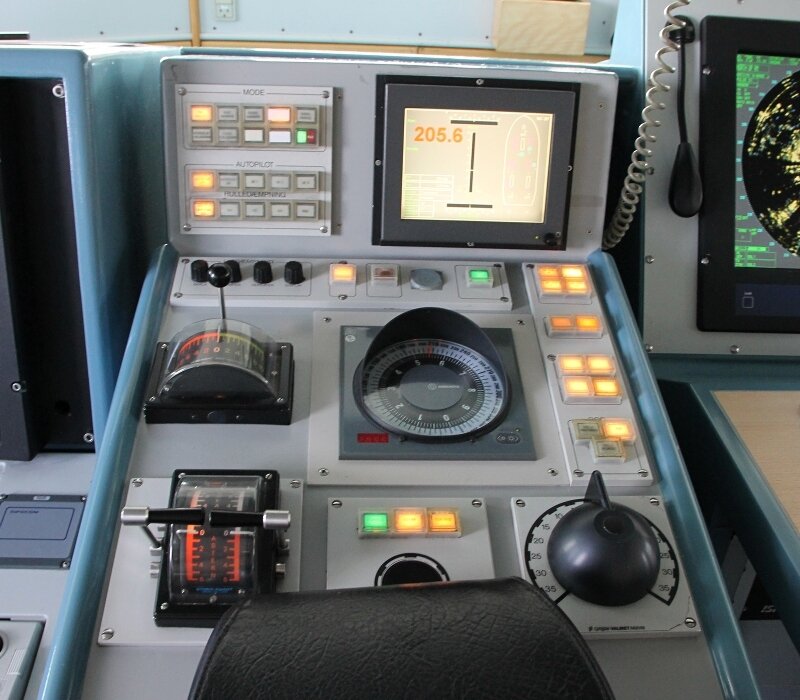 In addition to the Central console, on each side of the cabin there are duplicate consoles. 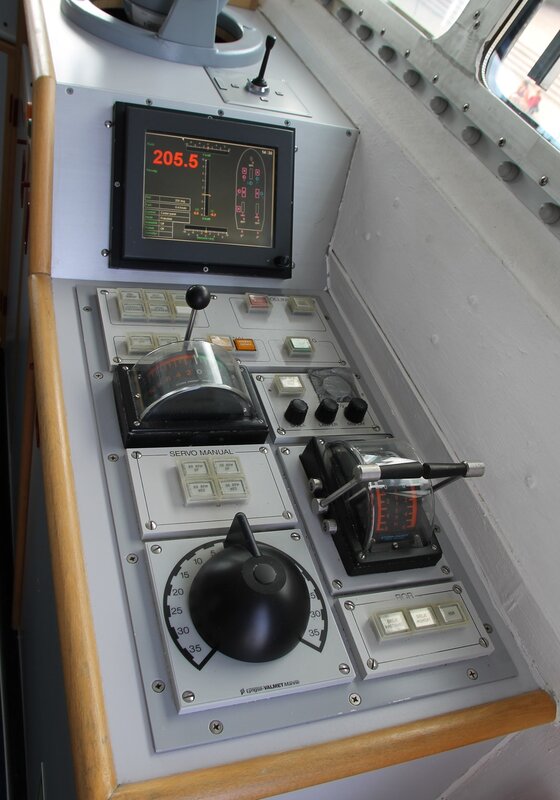 Control system for generators, propulsion motors and power supply of the ship. 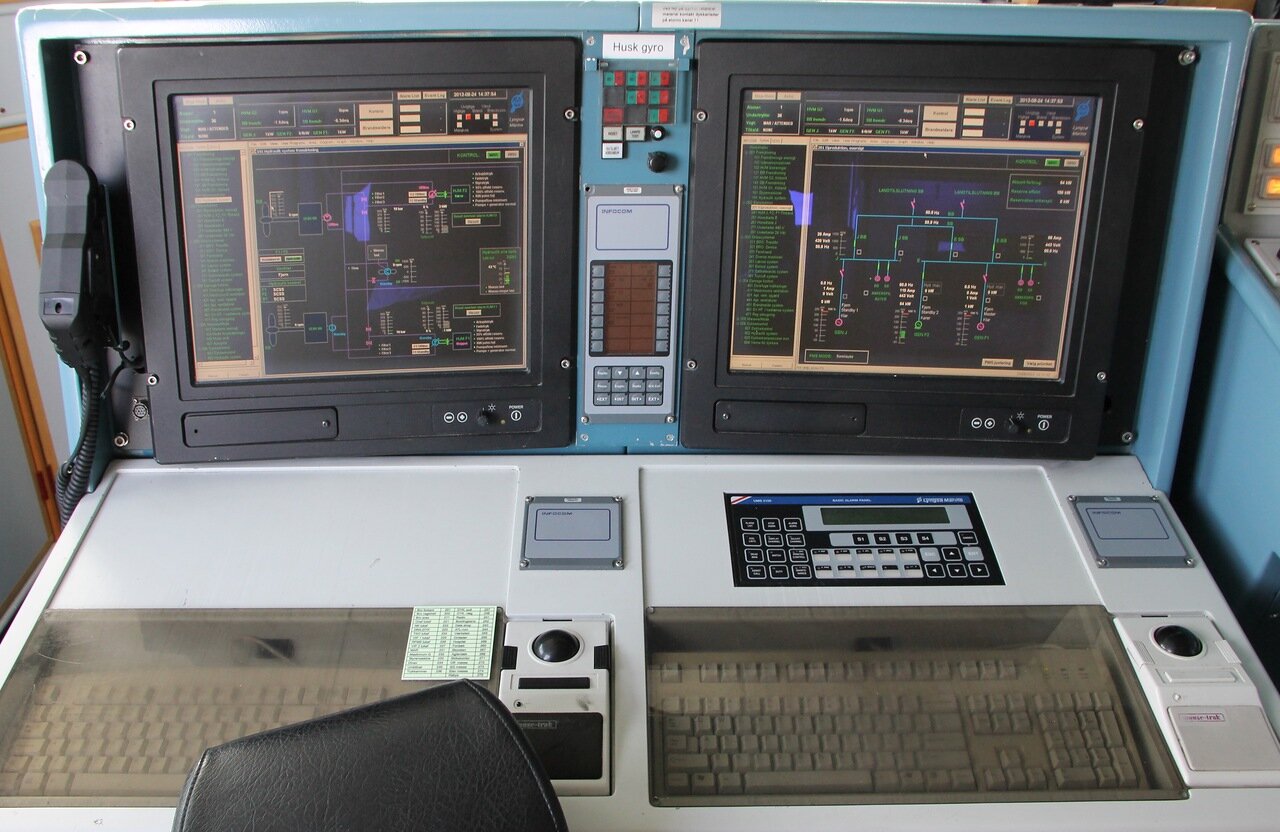 This small excursion left unforgettable impressions, here the children's dream - to stand on the bridge of the real warship for the first time was realized. 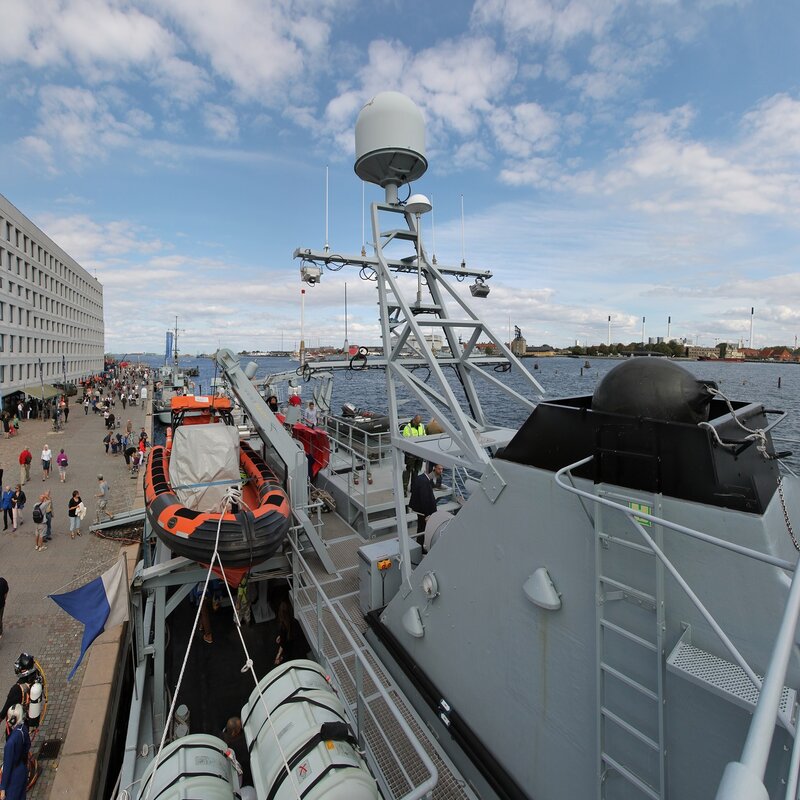