Of all the vessels moored at the embankment of the World Ocean Museum in Kaliningrad, the first to attract attention is the bright red hull of the Irbensky floating lighthouse. The first time I got a good look at this vessel was during a motor boat ride on the Pregolya river. 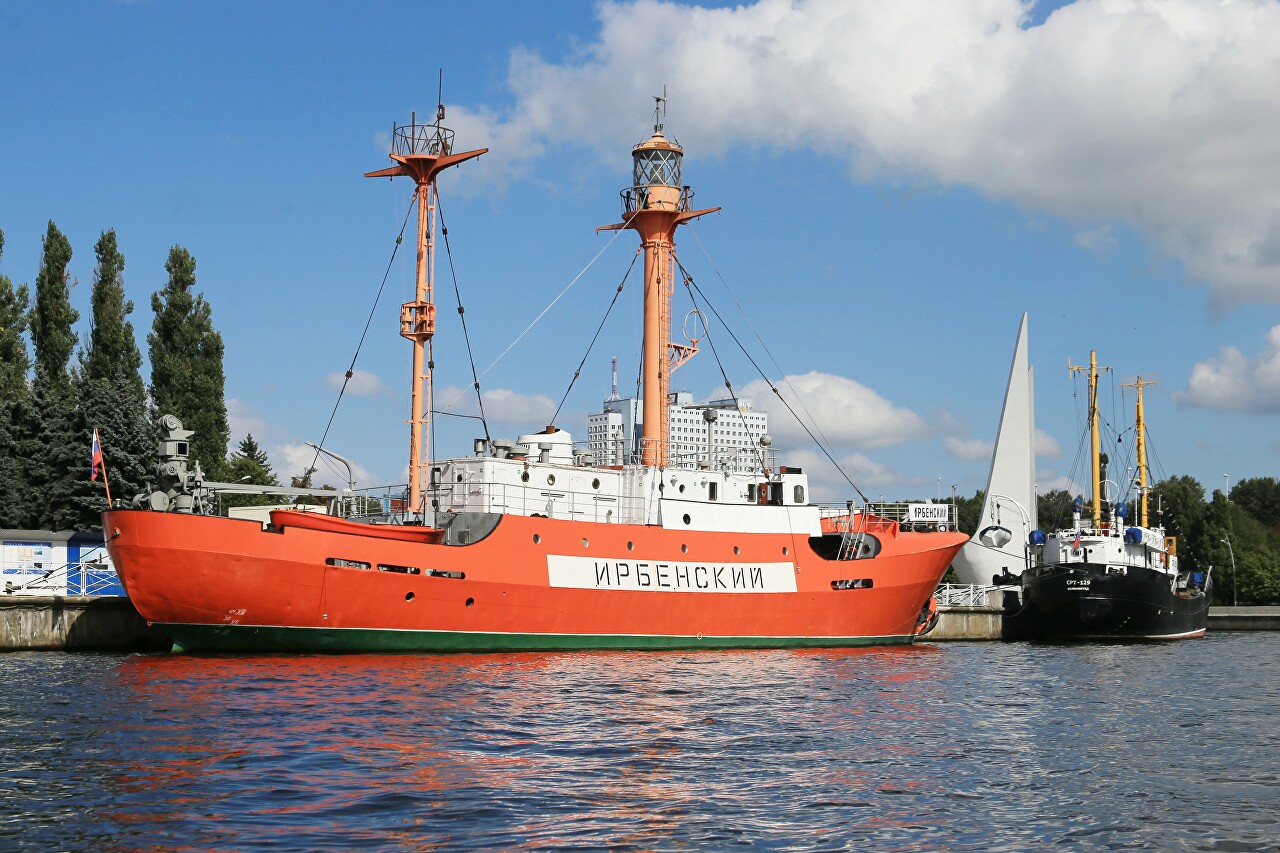 The lighthouse was and still is one of the most important elements of maritime navigation, where the construction of a stationary lighthouse is impossible, special vessels are used - lightships. The history of this type of vessel began in 1732, when a galliot with a lantern on the mast was anchored in the Thames estuary, marking the sandbar Nore. 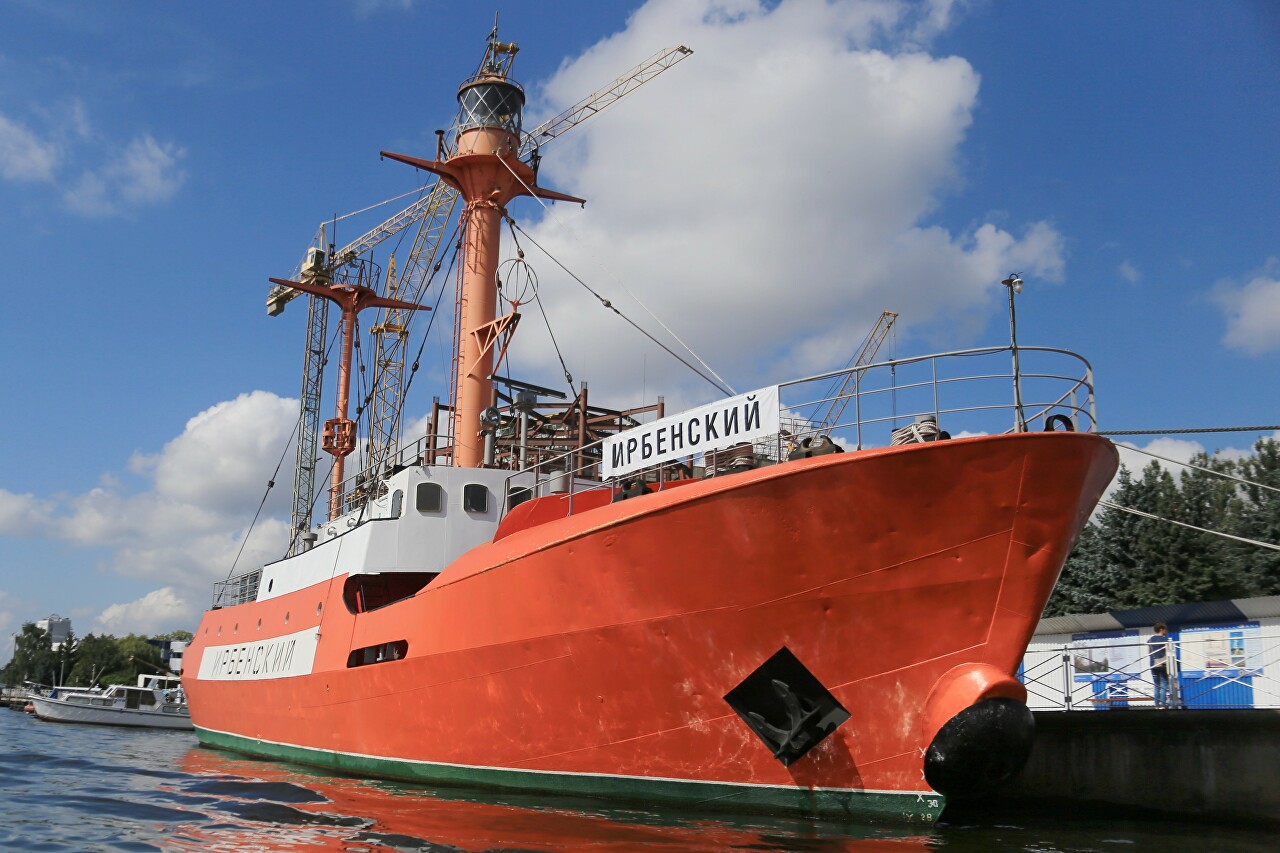 In 1962, at the shipyard of the Finnish company Laivateollisuus in Turku, two similar floating lighthouses were launched, built by order of the USSR, one went to the Caspian sea, where it replaced the pre-revolutionary lighthouse on the approach to Astrakhan, the other took its place in the Irben Strait. By the end of the 50s, people on lighthouses were already everywhere replaced by automation, and the project 852T vessels were the last floating lighthouses in the world with a crew on board. 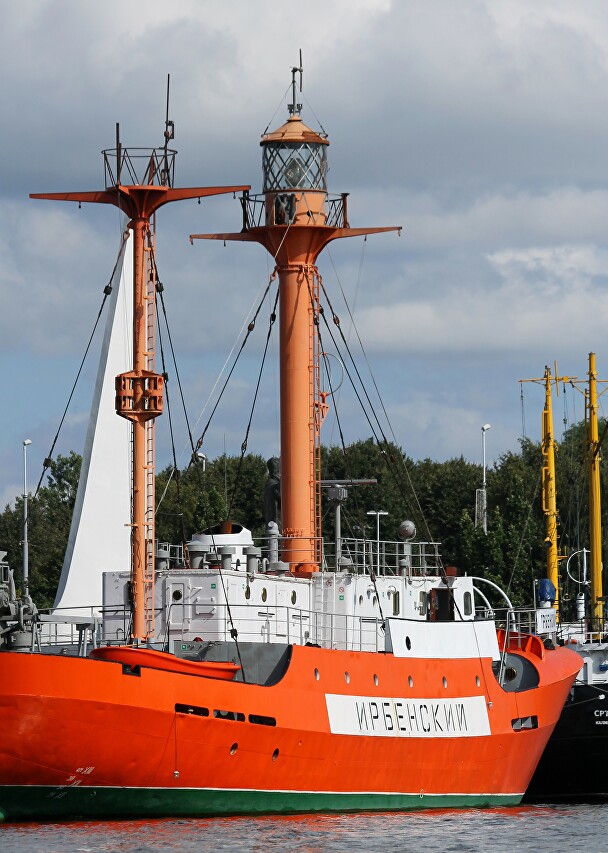 The vessel has a length of 43.4 m, a width of 9.5 m, a draft of 3.8 m, and a total displacement of 672 tons. The power of the car is 375 HP, the lighthouse could move independently at a speed of up to 8.5 knots, the car provided the ship and the optical device with electricity, the fuel reserve of 90 tons provided 50 days of autonomy. The crew consisted of 13 people. 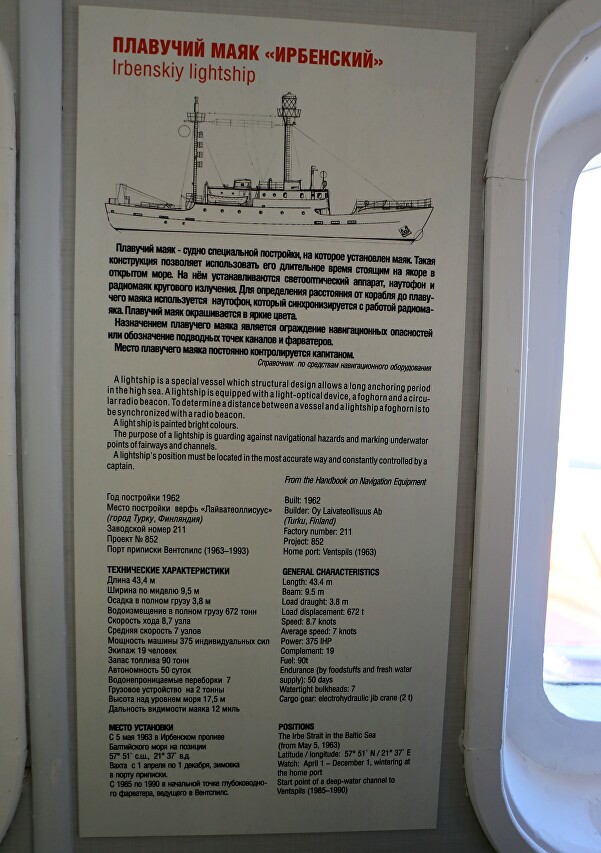 The light source (light-optical device) was manufactured by the Swedish company AGA and installed on the front mast with a diameter of 940 mm and a height of 17.5 meters from the waterline and provided visibility for 12 miles. 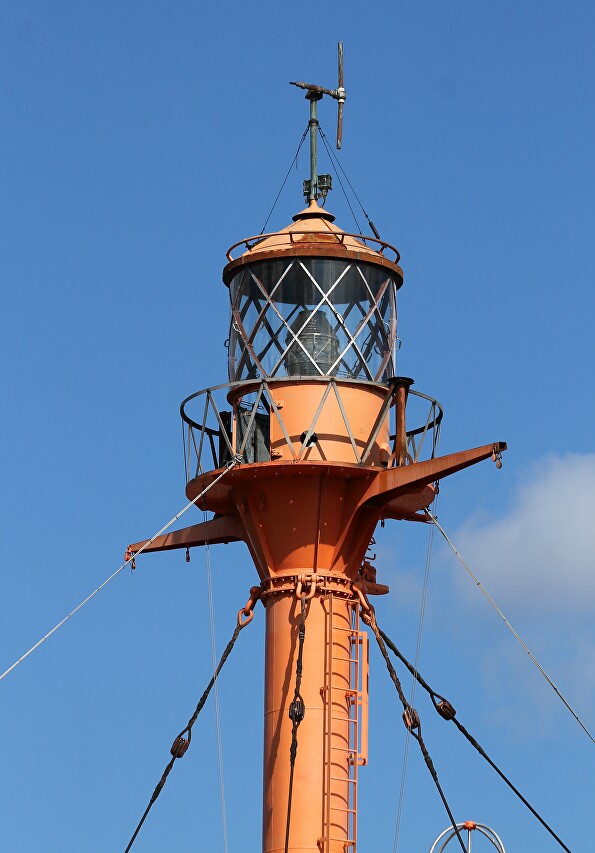 Ladders inside and outside the mast lead to the upper platform. A radio direction finder antenna is mounted on the same mast. 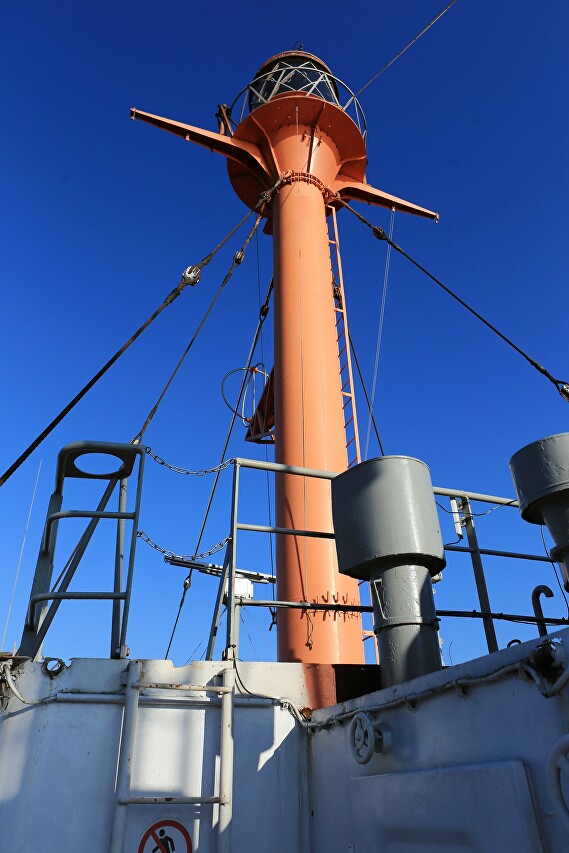 The rear mast is equipped with a radio beacon antenna with a circular directional pattern. The beacon has a range of 15 miles and was only activated during fog. 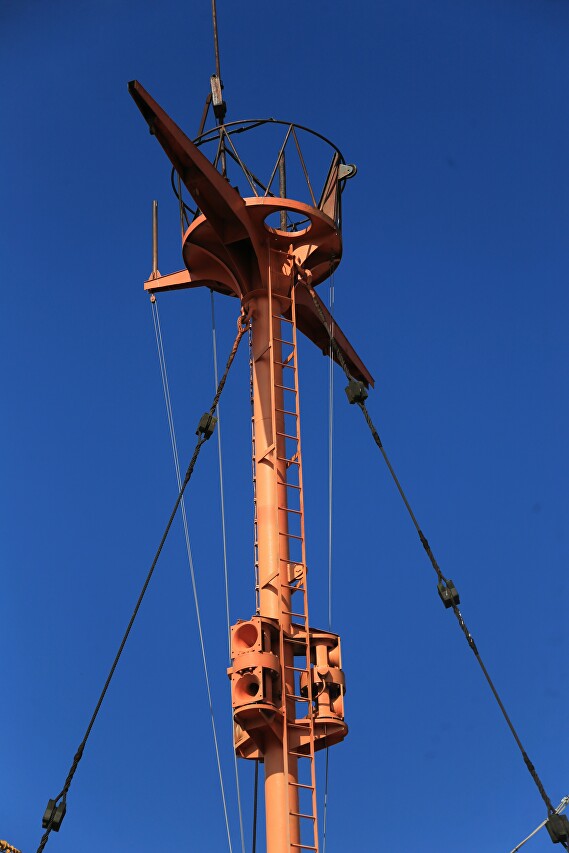 On the rear mast there are 6 horn emitters (a nautophone device) that give sound signals during fog, which can be heard for 4 miles. 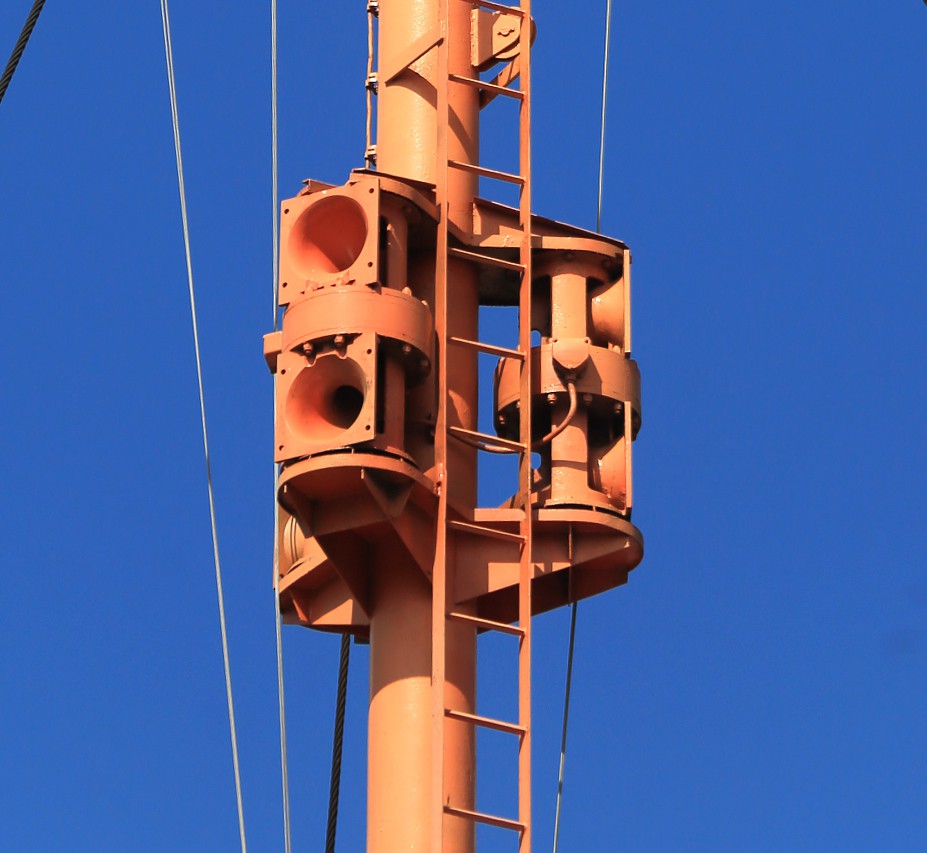 In the evening of the same day, I visited the lightship, walking along its decks and interior, listening to a Museum employee talk about its history and structure.. 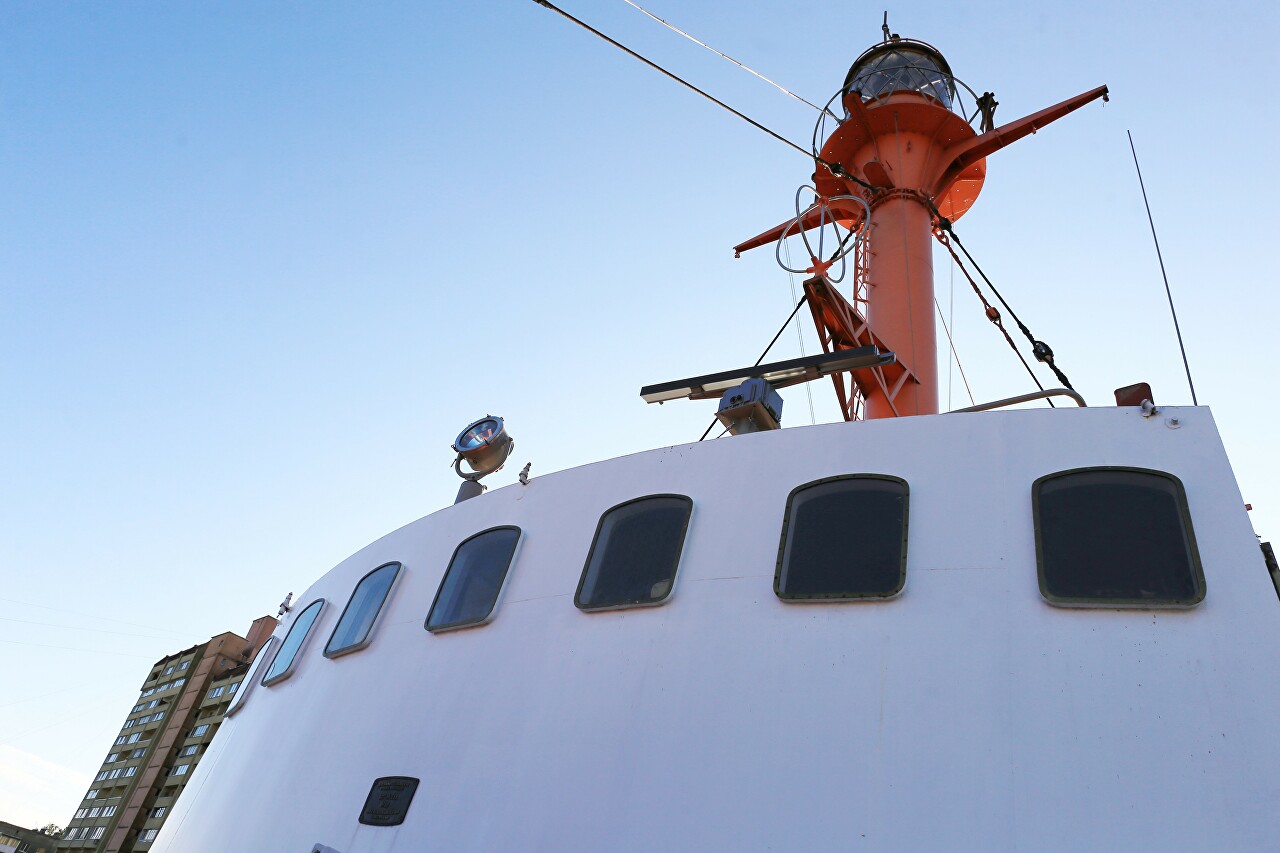 Ship's bell, above it a Historical Data Plate with the building number 211 and the year of launching. 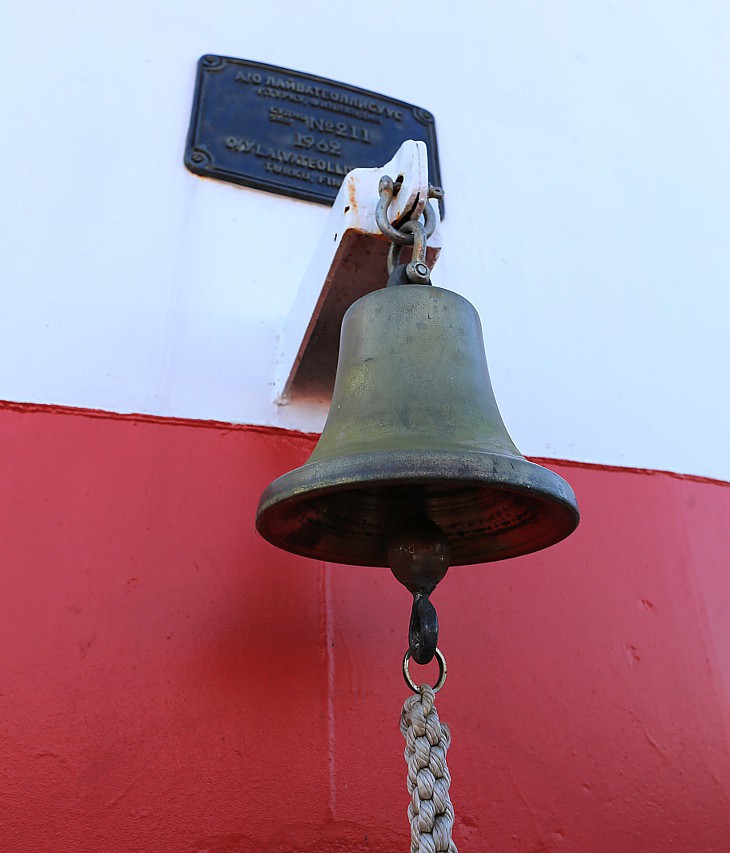 The tour started in the wheelhouse, which impressed me with the perfect condition of the interior and equipment. Until recently, the ship was in poor condition and restored by enthusiasts. 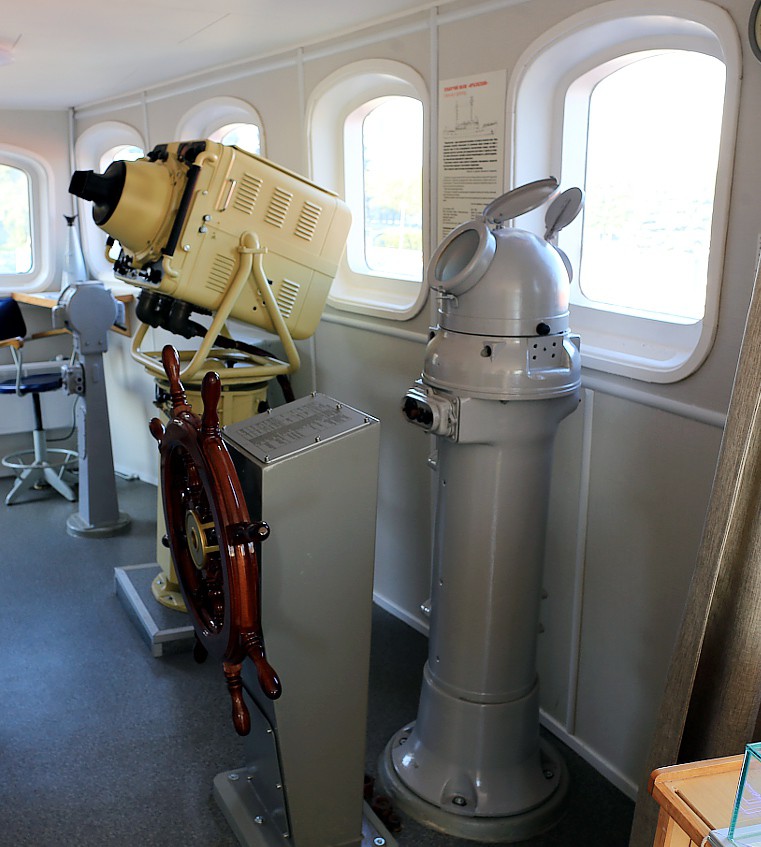 Despite the fact that the vessel is intended for permanent anchorage, the wheelhouse has a full set of equipment necessary for autonomous navigation, including radar. 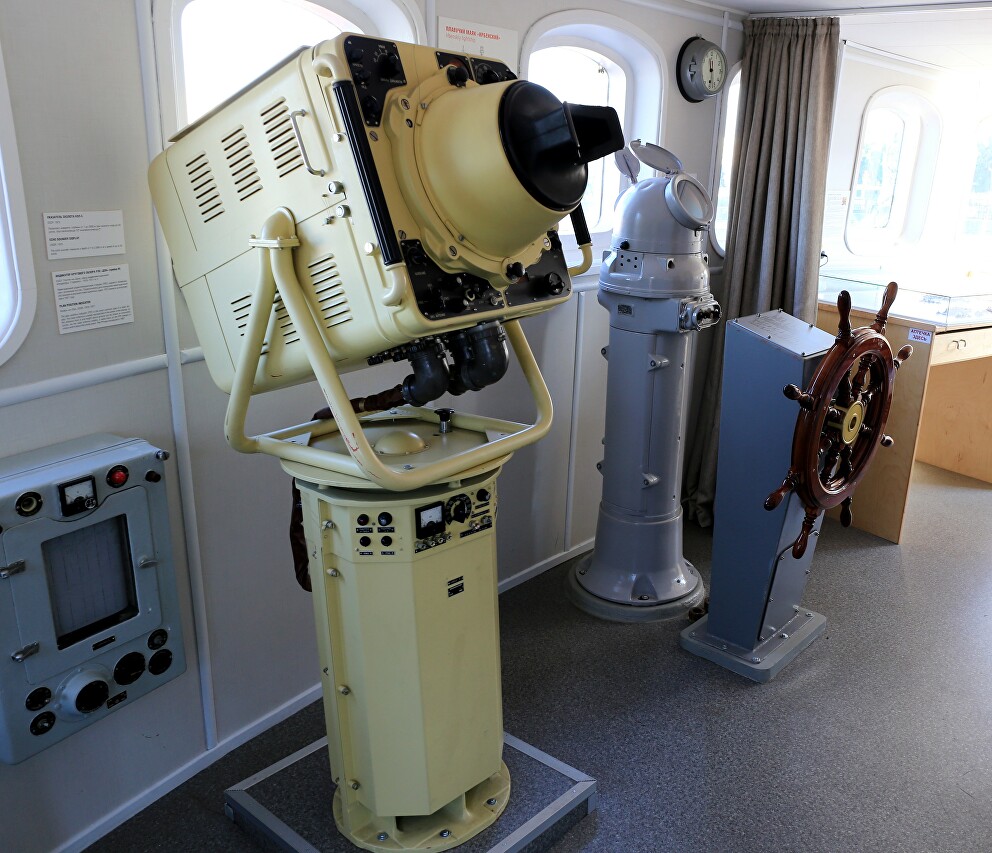 The recorder of the echo-sounder device for measuring the depth. 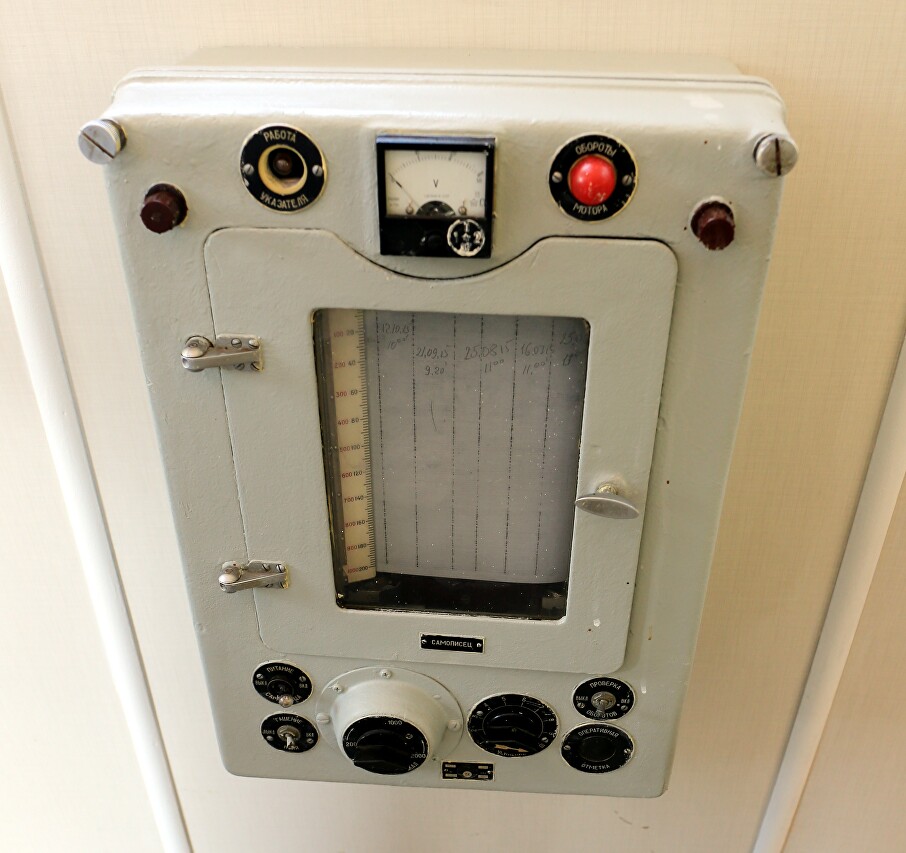 In the control room there is a stand-tablet that clearly shows the composition of the Baltic fleets of the Warsaw Pact countries. Here you can see miniature copies of real warships, donated to the World Ocean Museum by German collector Jurgen Brumann. 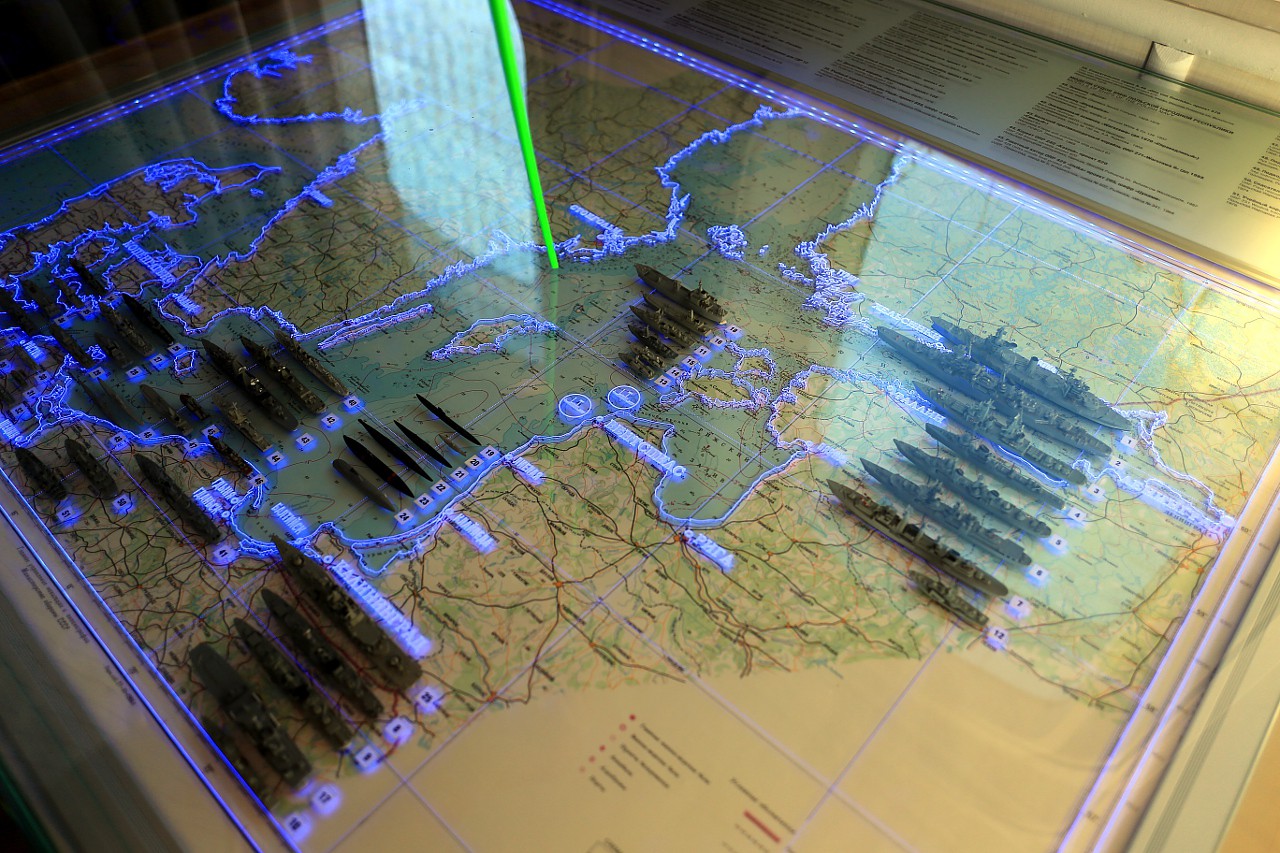 Immediately behind the wheelhouse is the captain's lounge. 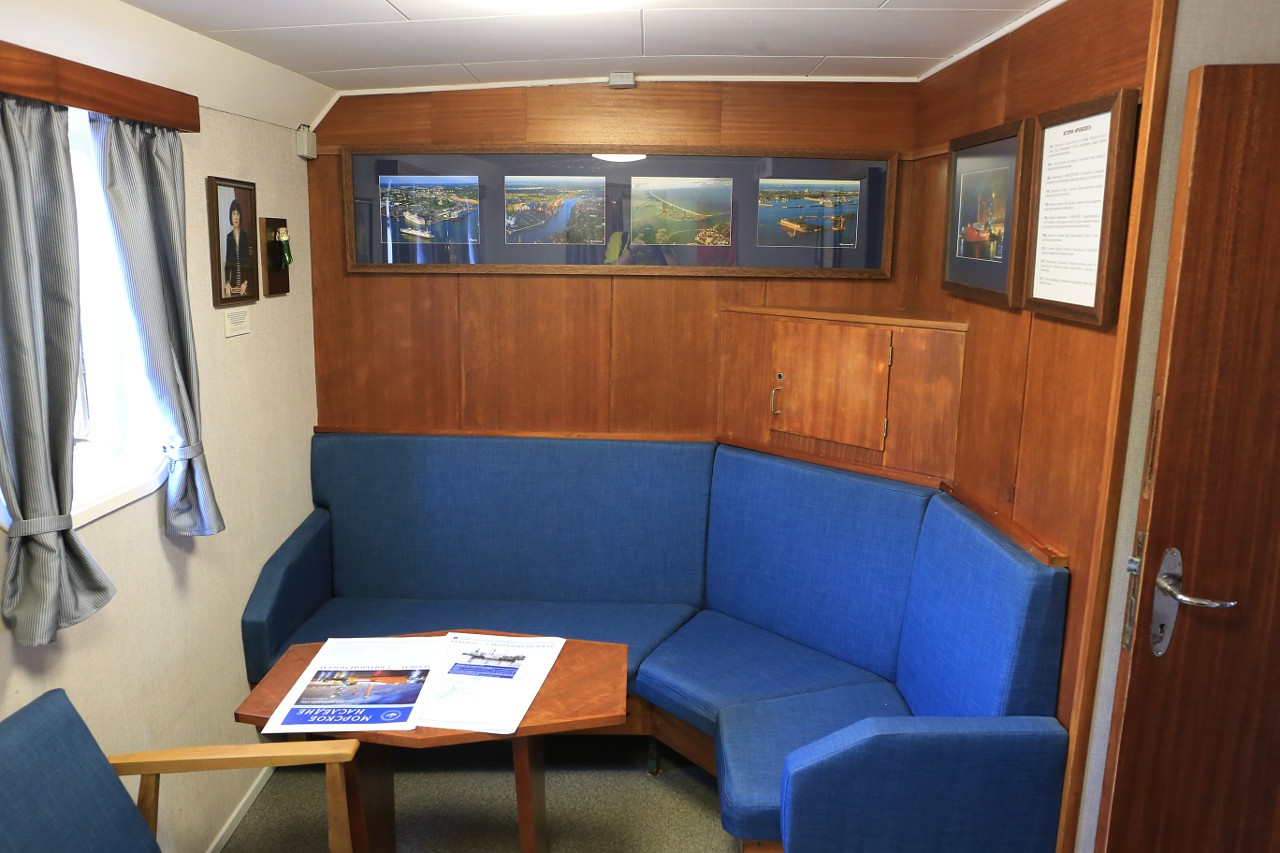 And the captain's cabin with an individual bathroom. 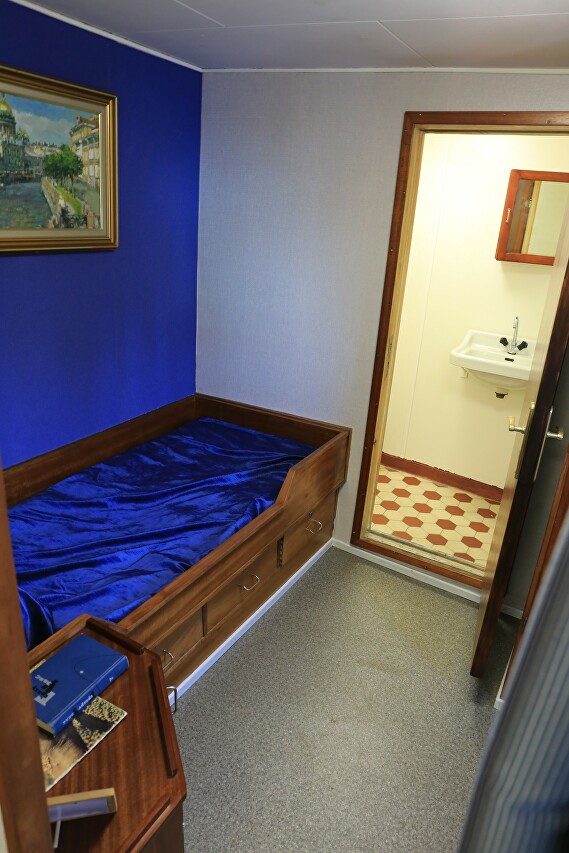 There is a radio room next to the captain's cabin. Here too everything is in excellent condition. 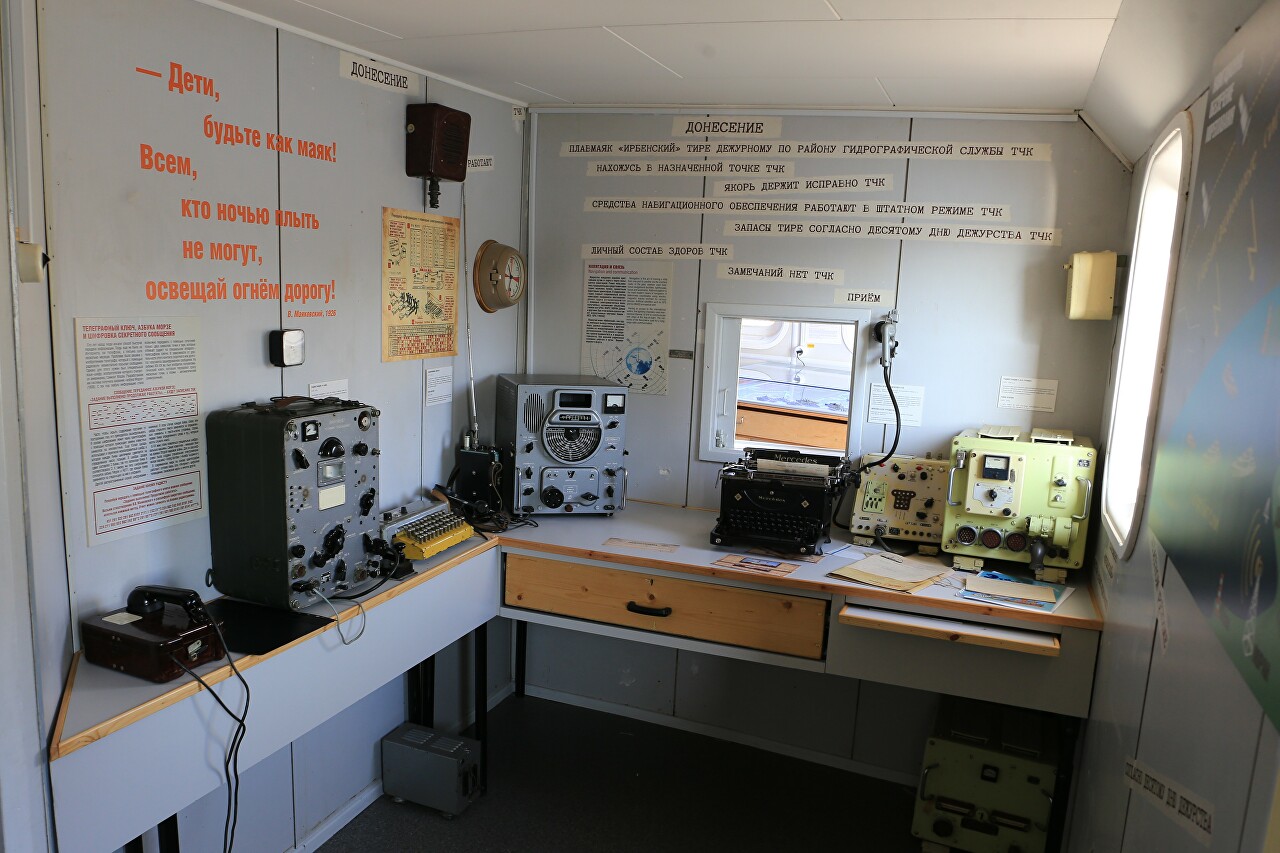 A small museum of lighthouses operating in the Eastern Baltic is located in the former wardroom. 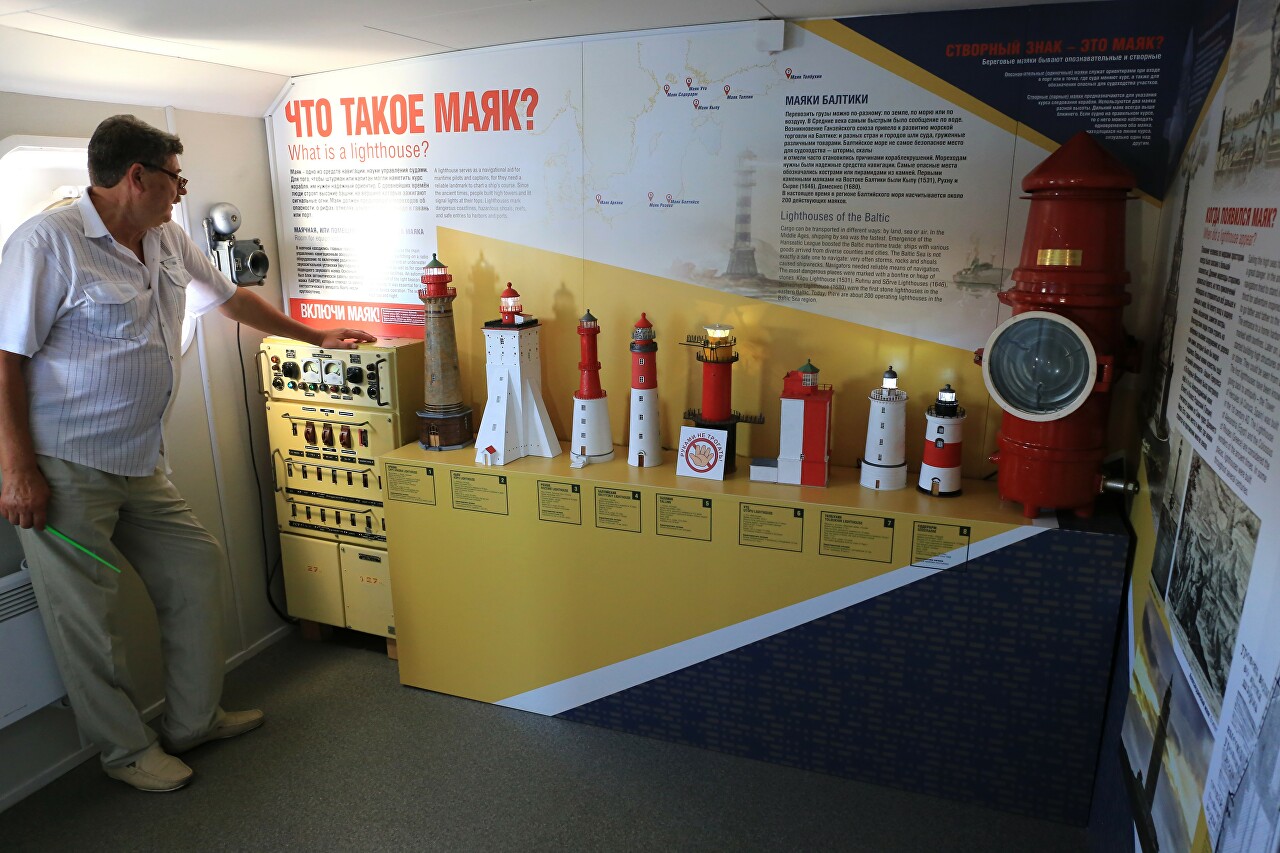 There is also an interactive monitor where you can learn in detail about the purpose and device of various elements of the floating lighthouse. 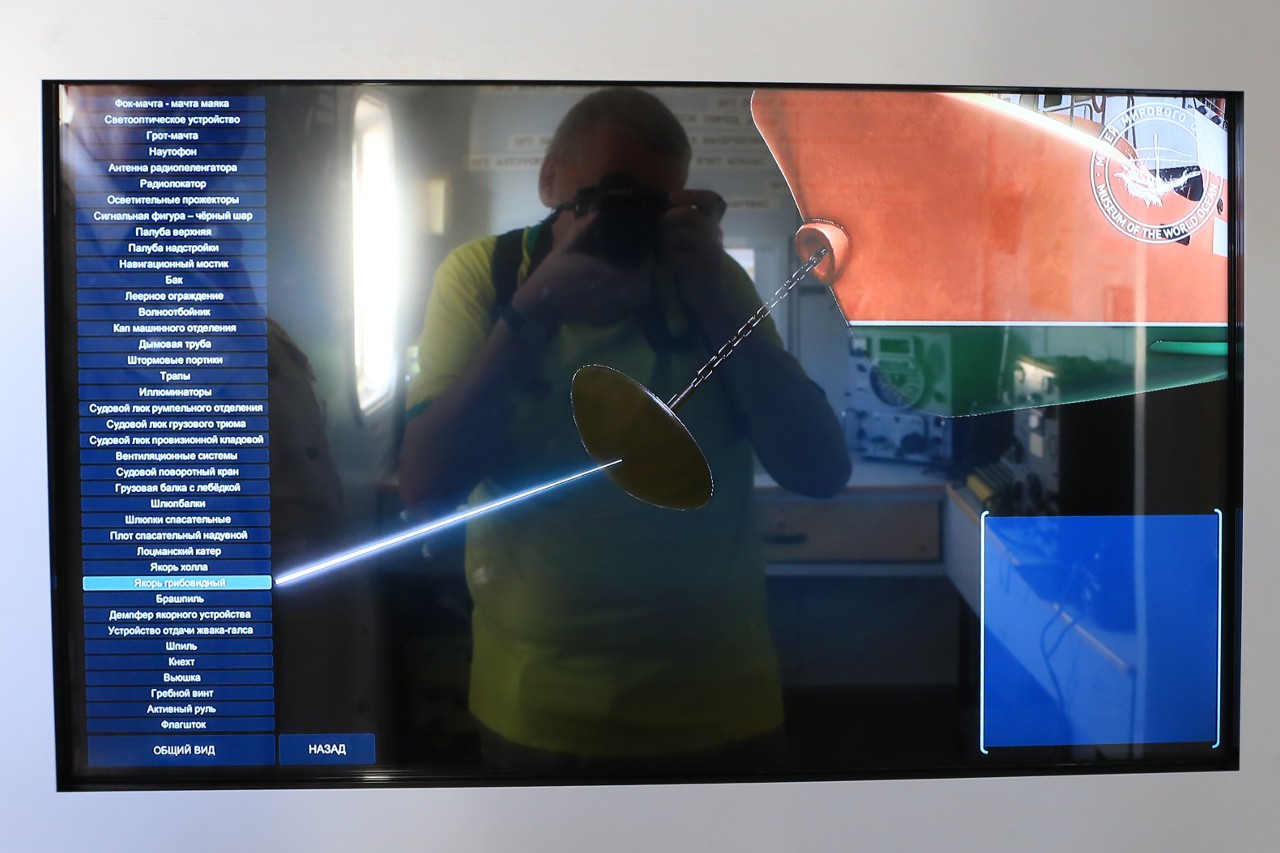 On may 5, 1963, the lighthouse anchored in the Irben Strait, where it served for 22 years. Navigation lasted until the beginning of December, then the lighthouse went to Ventspils, where it wintered until the following April. In 1985, a stationary lighthouse was built in the Strait and until 1990 "irbenskiy" indicated the beginning of the deep-water fairway of Ventspils. In 1994, the ship was transferred to the naval base in Lomonosov, where it was used as a division headquarters for 15 years. 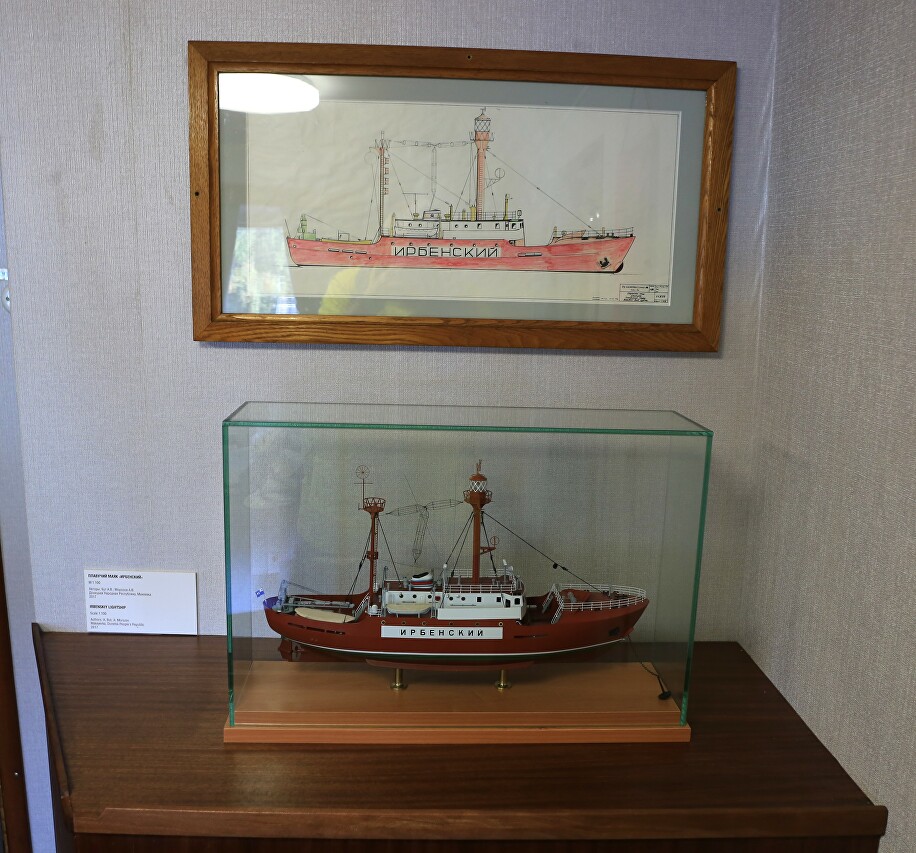 In 2009, the Irbensky lighboat was decommissioned and put up for sale as scrap metal. No one showed any interest in this, and this helped to preserve the unique vessel. A group of lovers of fleet history organized the "Mayachny" Foundation and in 2012 secured the transfer of the ship to the Kaliningrad World Ocean Museum. The Ministry of defense repaired and painted the ship's hull in the Kronstadt dock, and on April 30, 2017, after 6 days of towing, the lighthouse stood on the embankment of the Pregolya river. 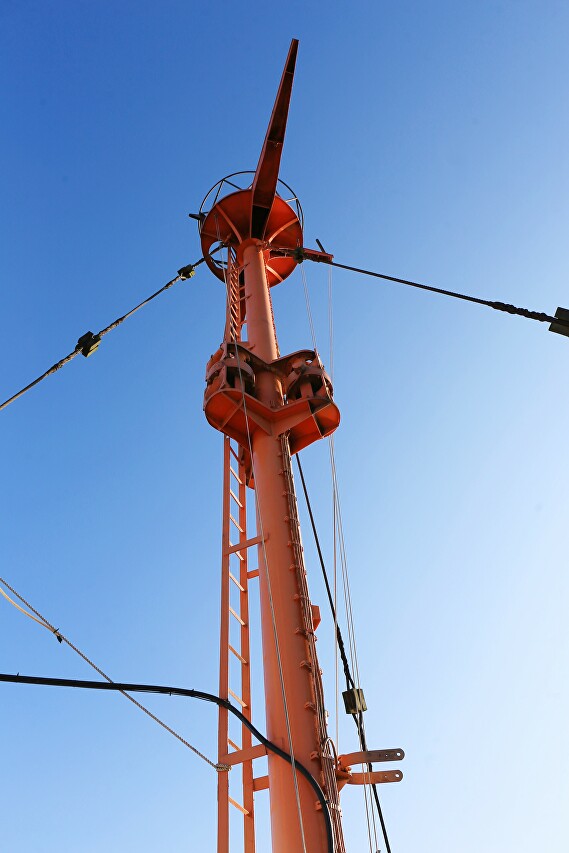 So far, only the main deck and part of the superstructure are available for inspection, but thanks to enthusiasts and sponsors, restoration is continuing, and I hope that in the future it will be possible to view the lower rooms and the engine room. 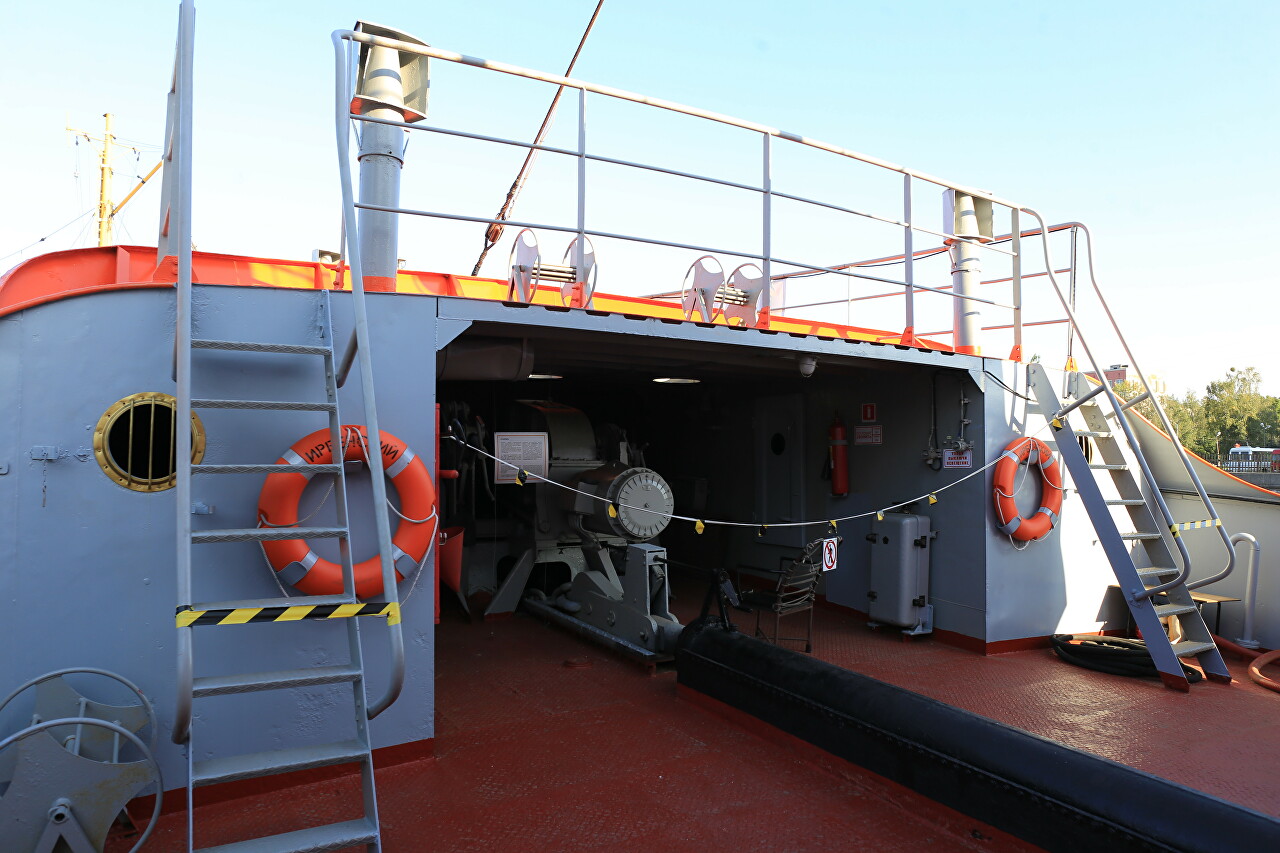