The journey to Capri begins at the passenger port of Naples. 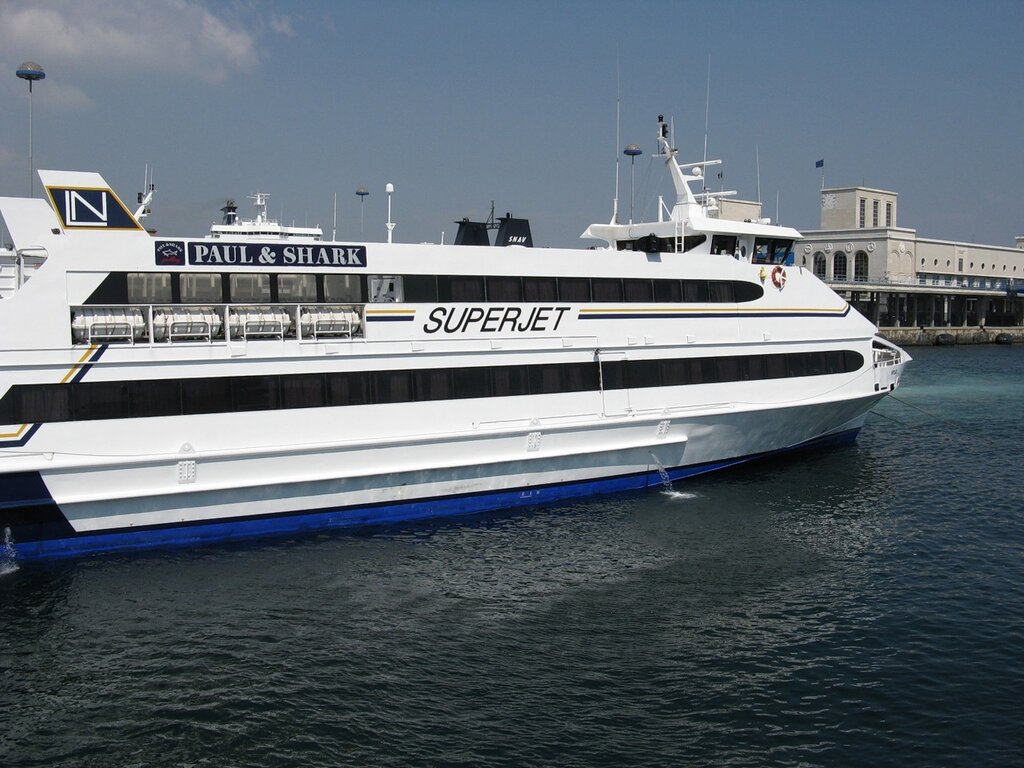 From the piers of Molo Beverello, high-speed boats go to the Islands of Capri, Procida, Ischia, and Sorrento. 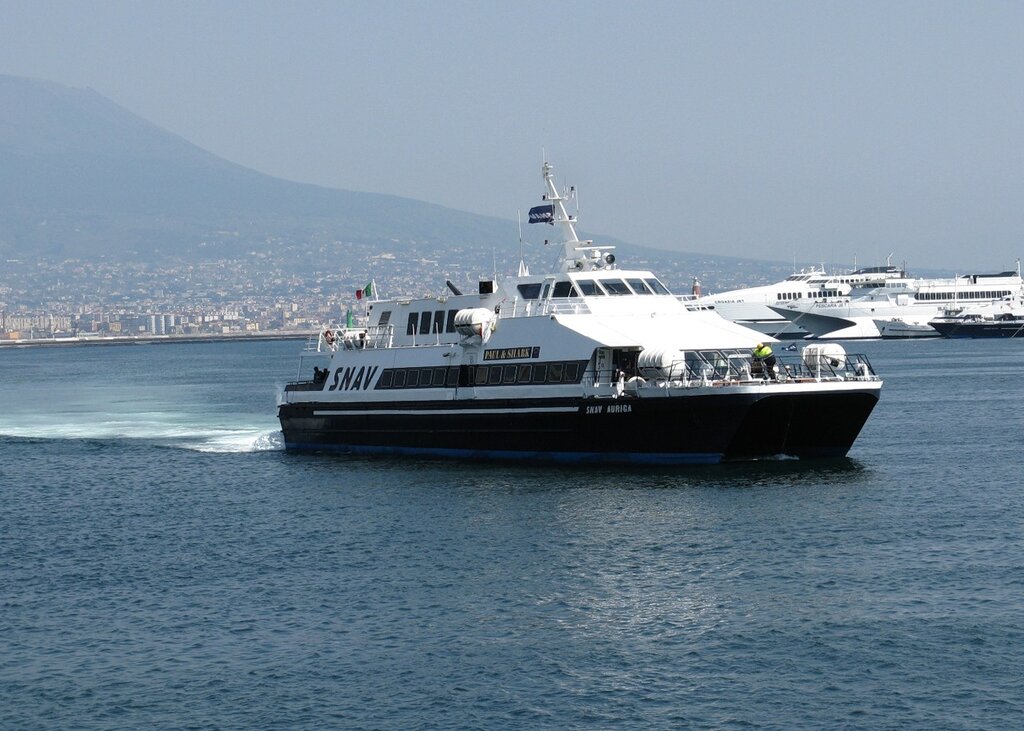 Just one such vessel completed the next trip and came to the pier. 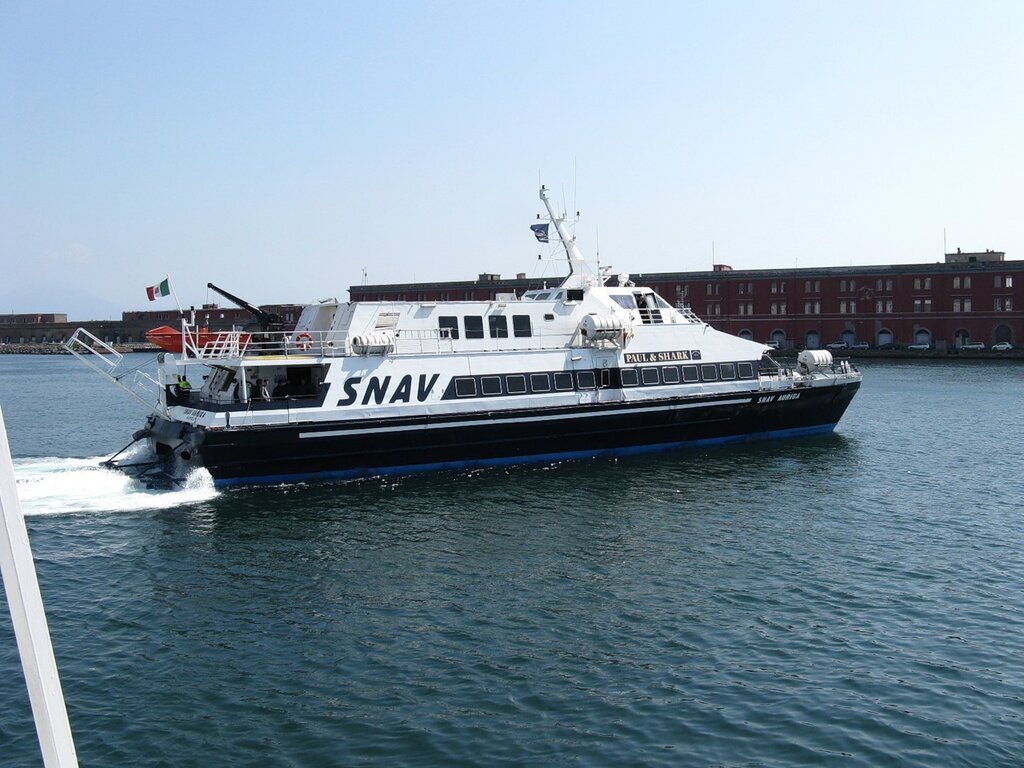 I was struck by the incredible maneuverability of the motor ship I turned around almost on the spot. In General, the mooring operation has passed very quickly and clearly - you can only admire the skill Neapolitan sailors - I've never seen anything like them anywhere. 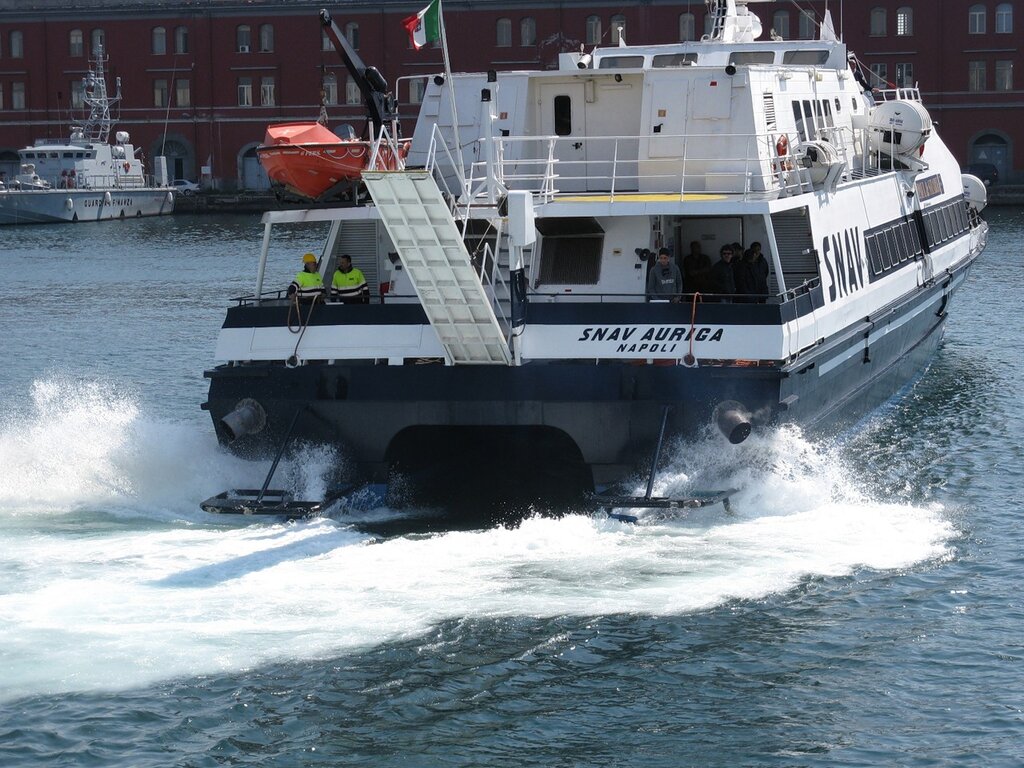 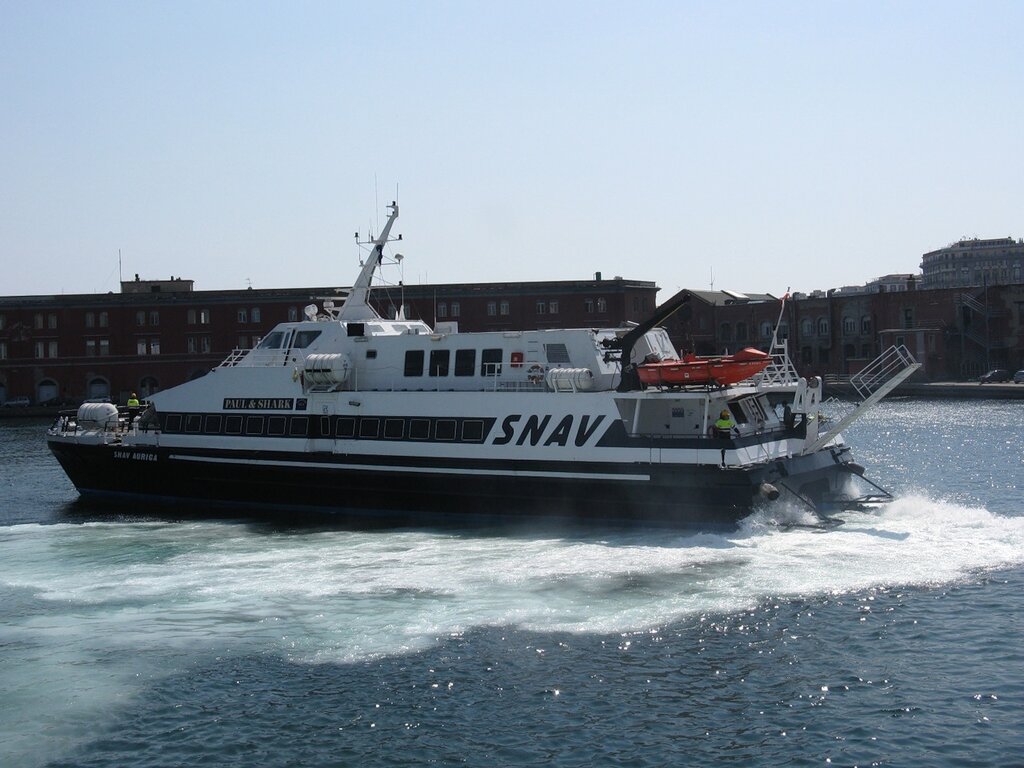 Fire and rescue boat. The Vigili del label Fuoco on Board can be translated as "guardians of the fire", so called Italian national fire service. 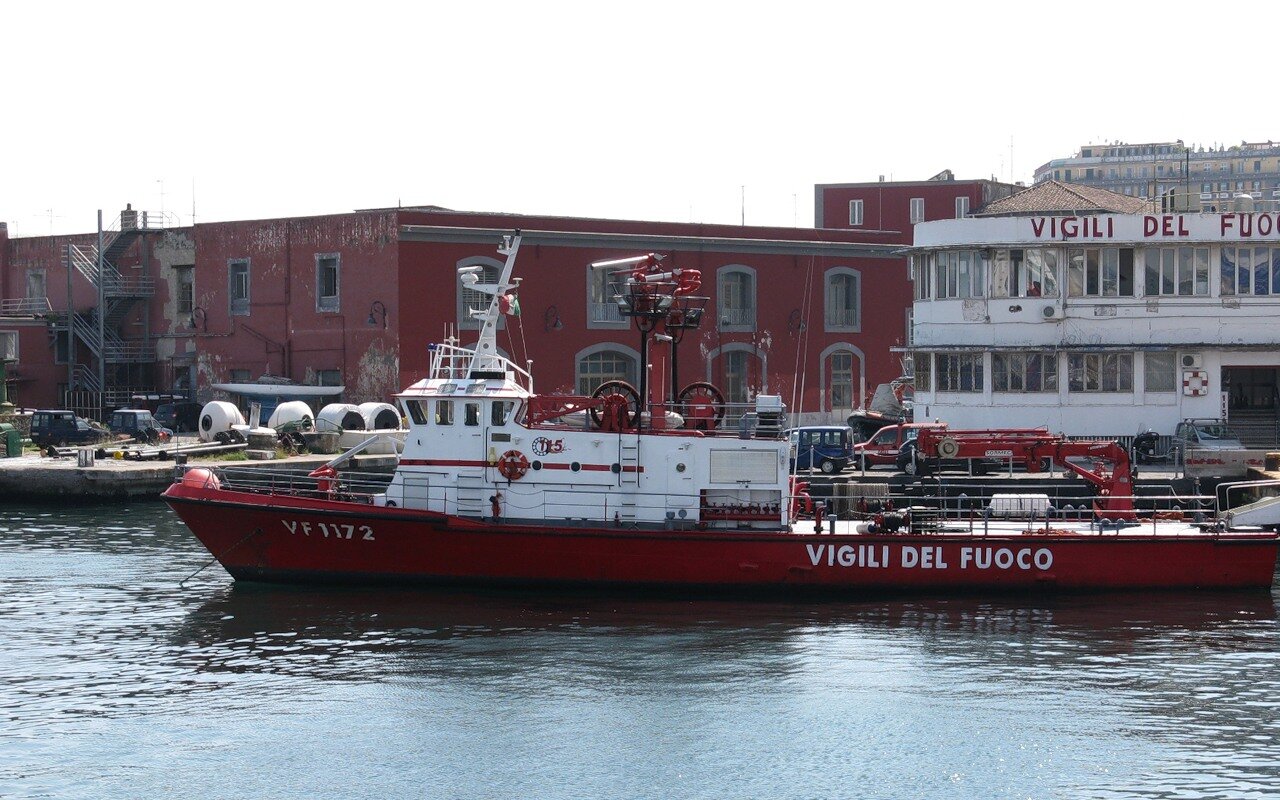 The pier San Vincenzo protects the port with the South. The pier is occupied by a naval base of the Italian Navy. Large ones there are no ships in sight, and only a couple of patrol boats are parked at the docks. 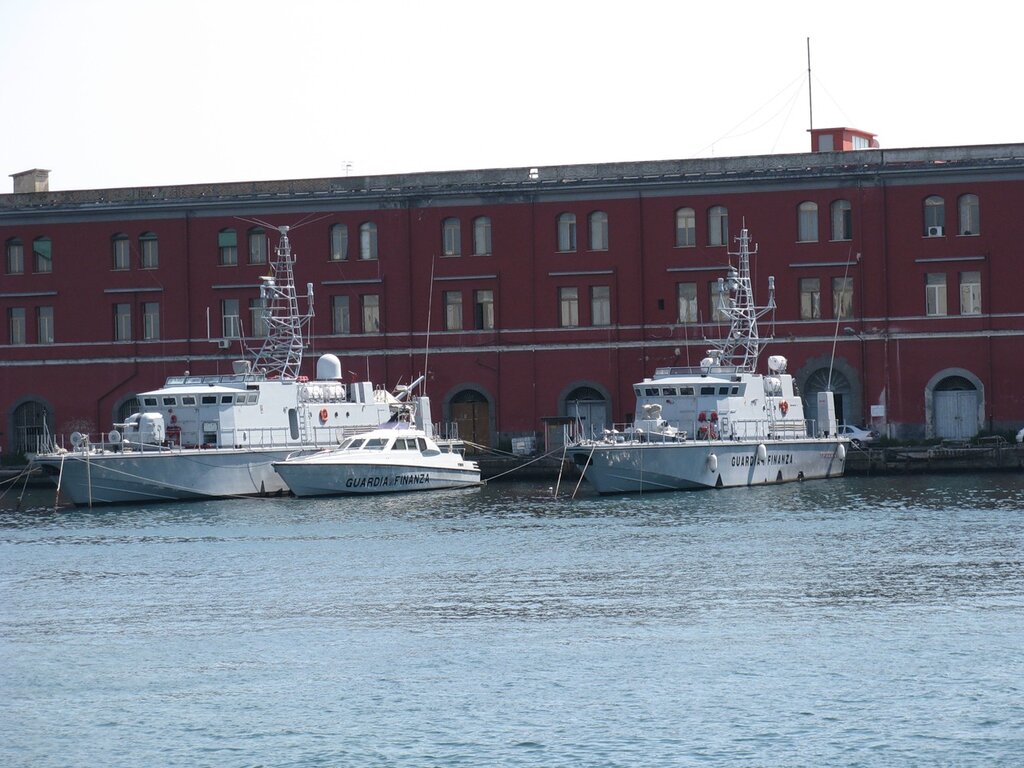 Cruise ships dock at this pier. Building the marine station (Stazione Marittima) was built in the time of Mussolini, in In 1936. 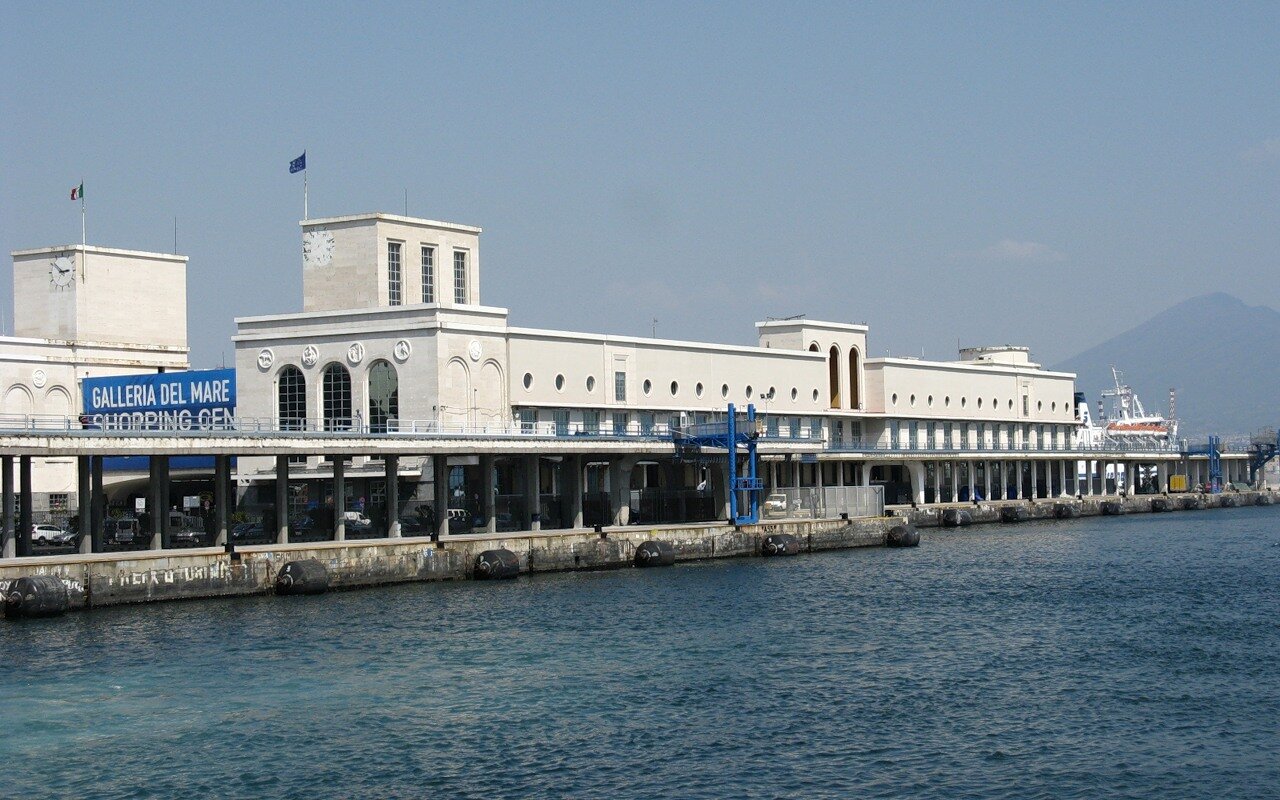 In the work of the architect Cesare Bazani, you can see clear features of Soviet constructivism in the late 20s. 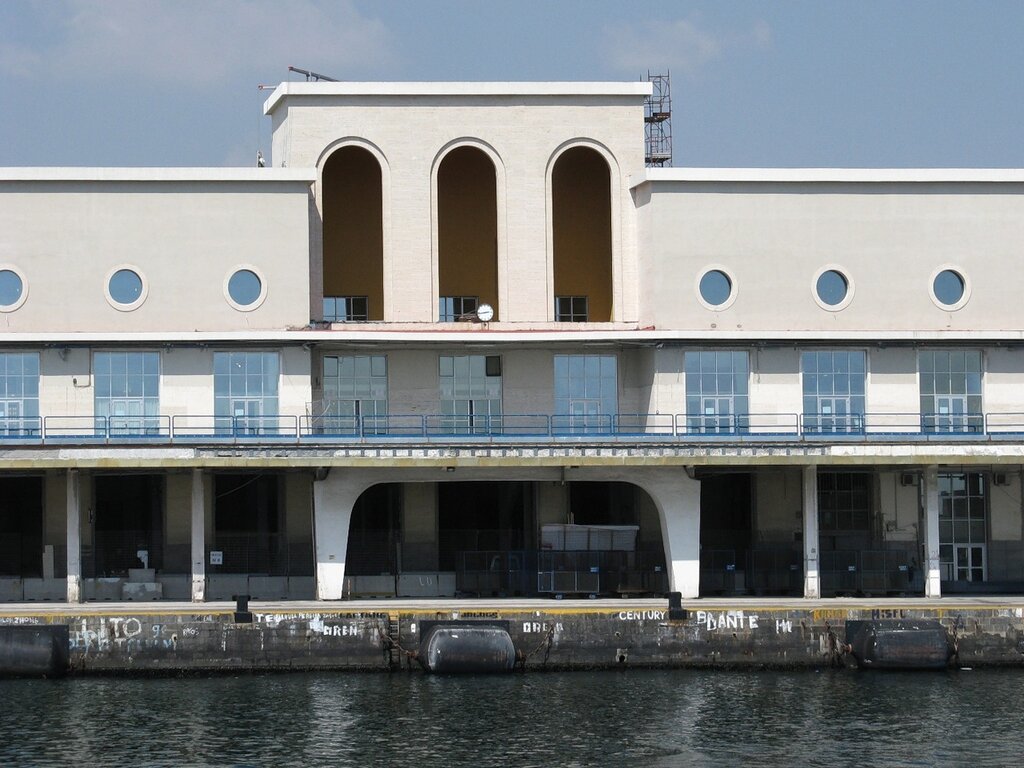 At the far end of the pier, ferries of the Siremar line connecting mainland Italy with Sicily are moored. 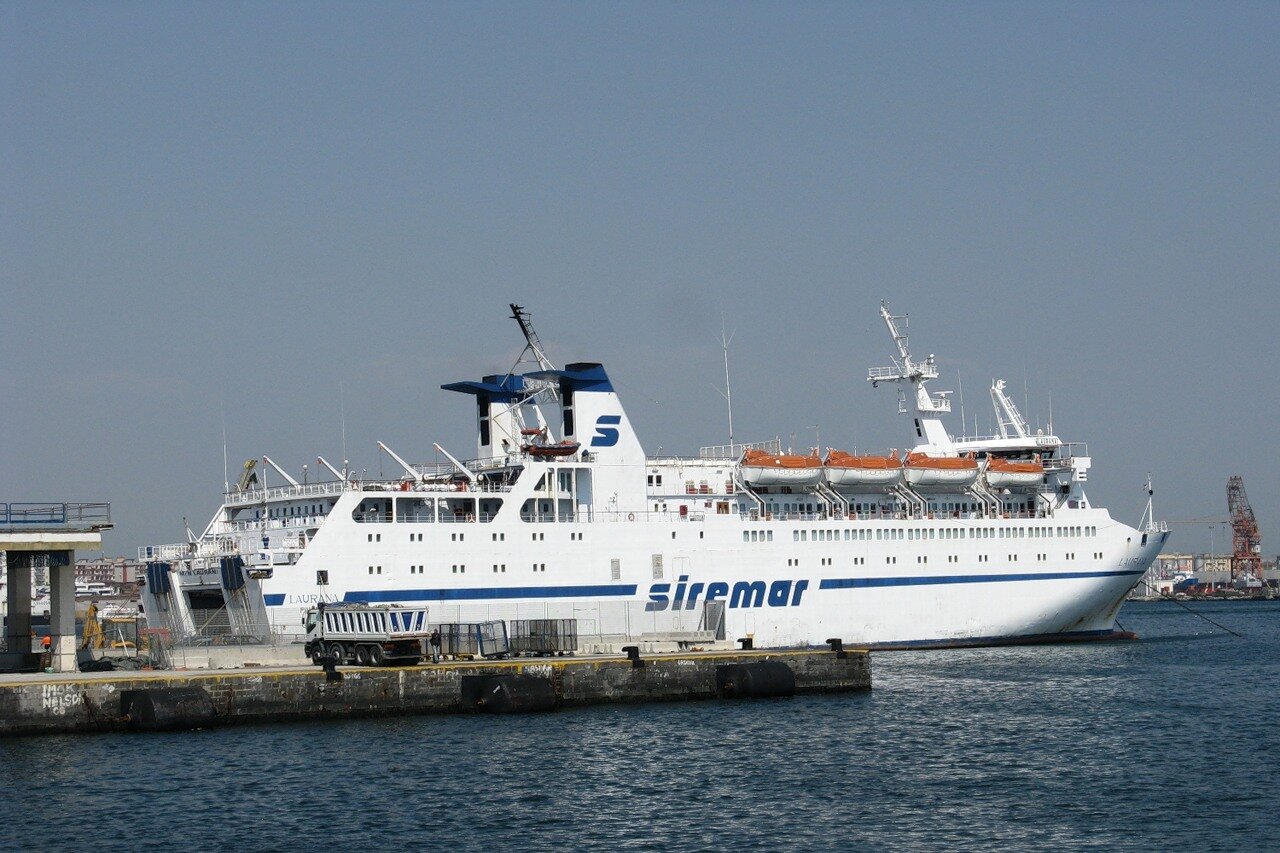 At the berths, you can see both rare and modern vessels. 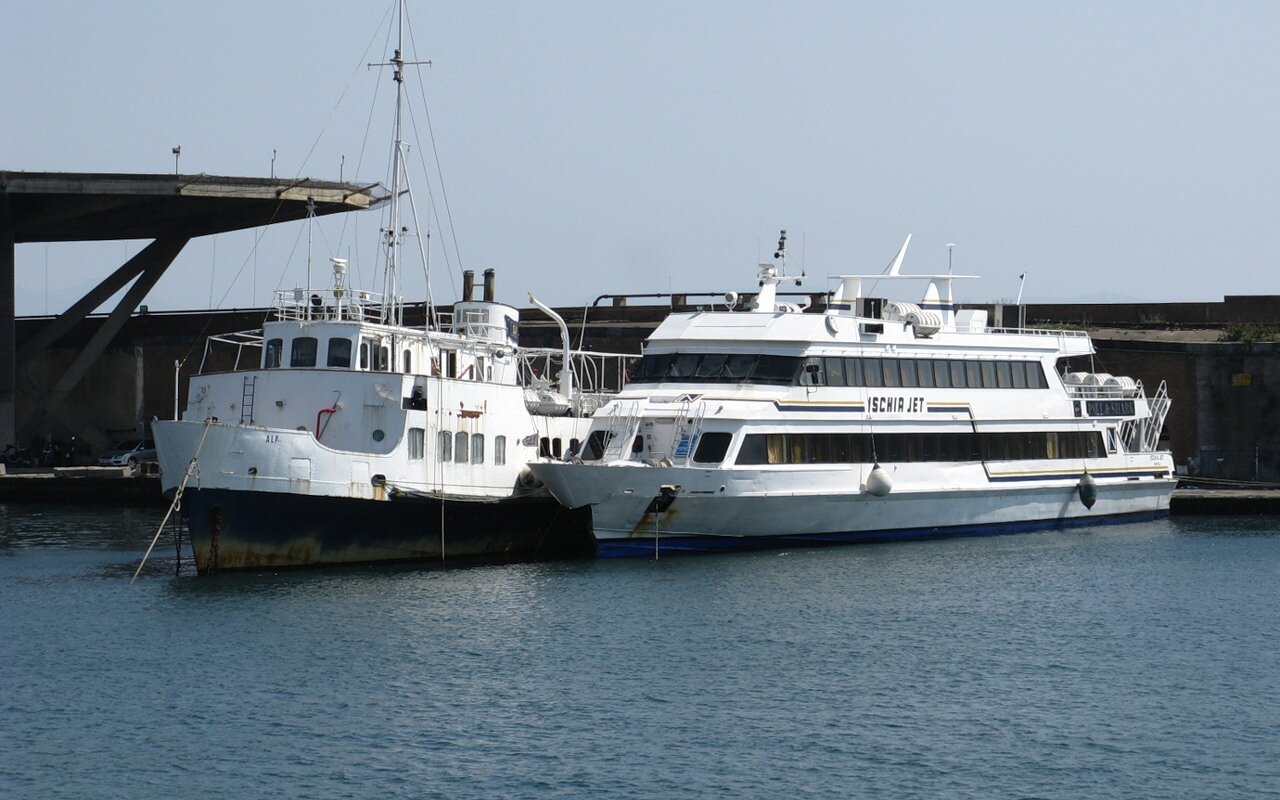 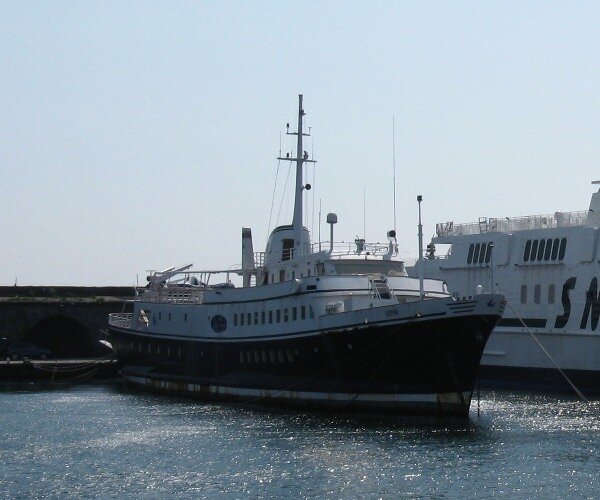 On the pier of San Vincenzo, behind the naval base, there is a Parking lot for SNAV, the main sea carrier in the South of Italy. 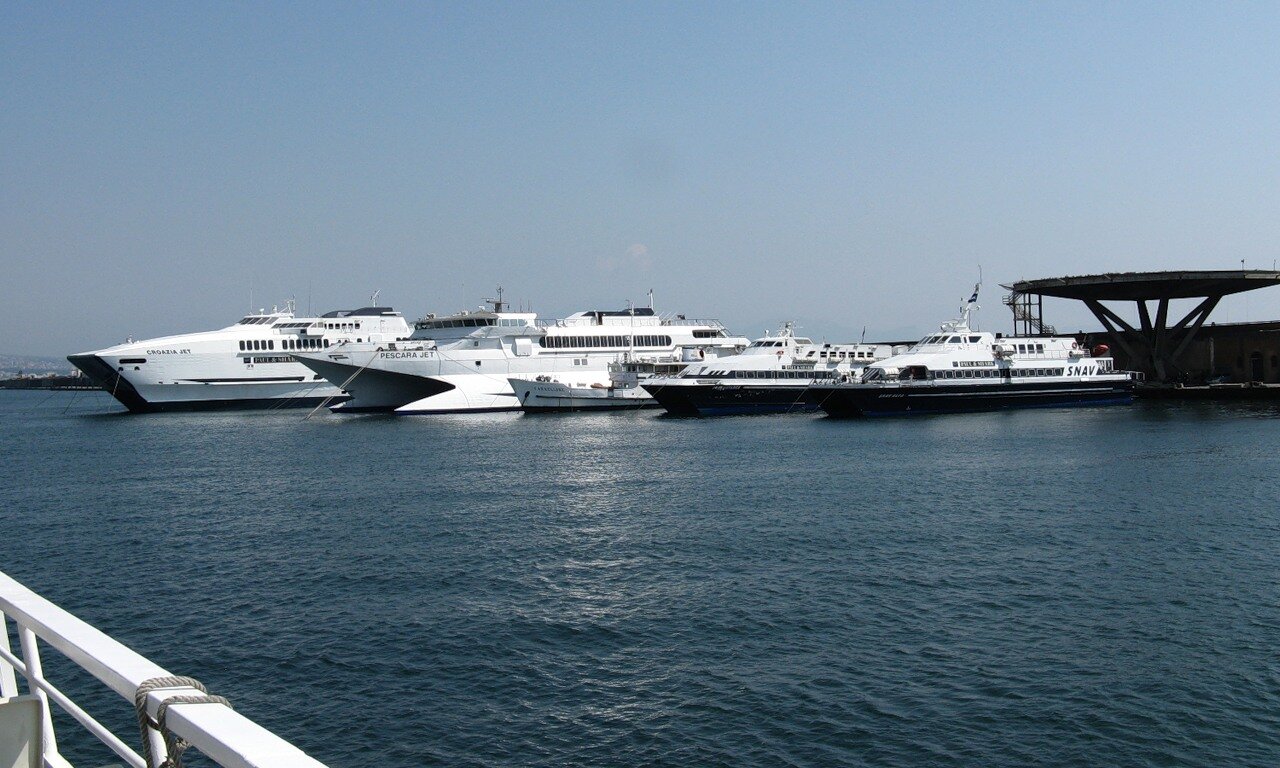 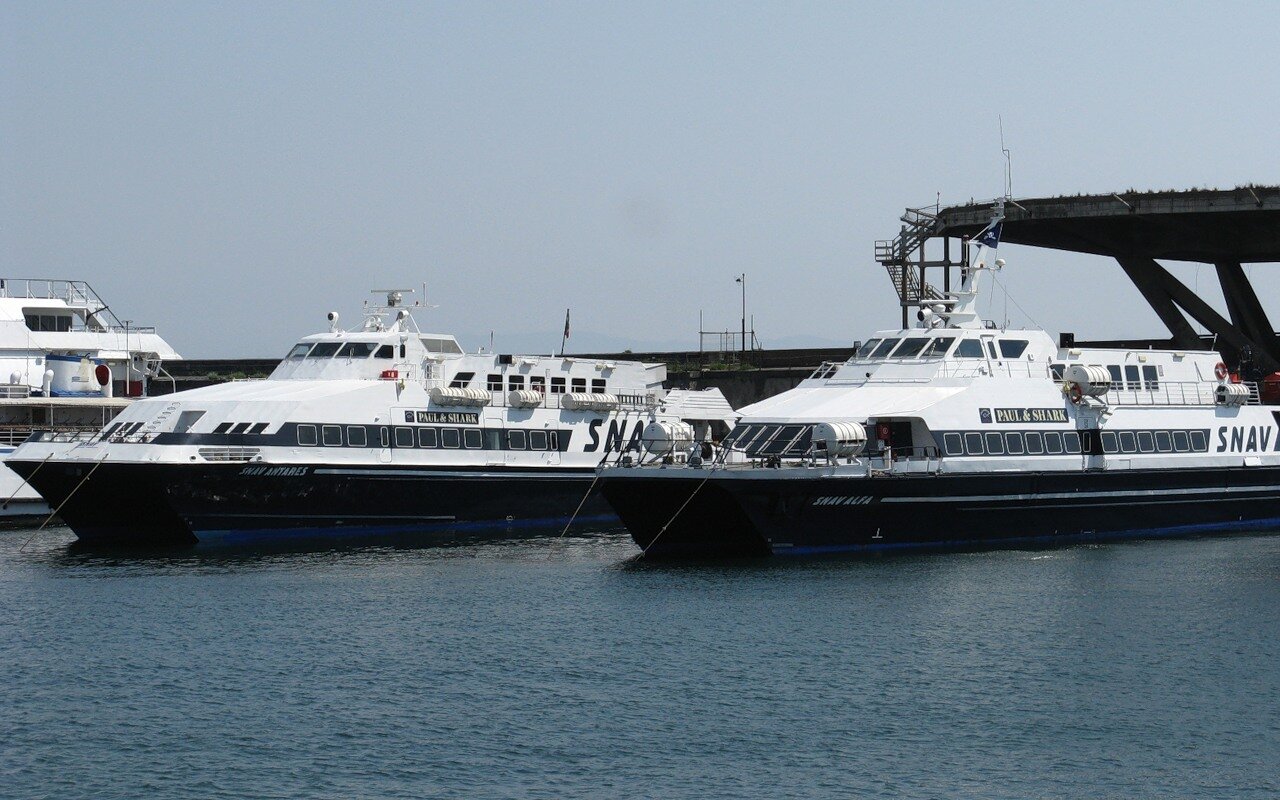 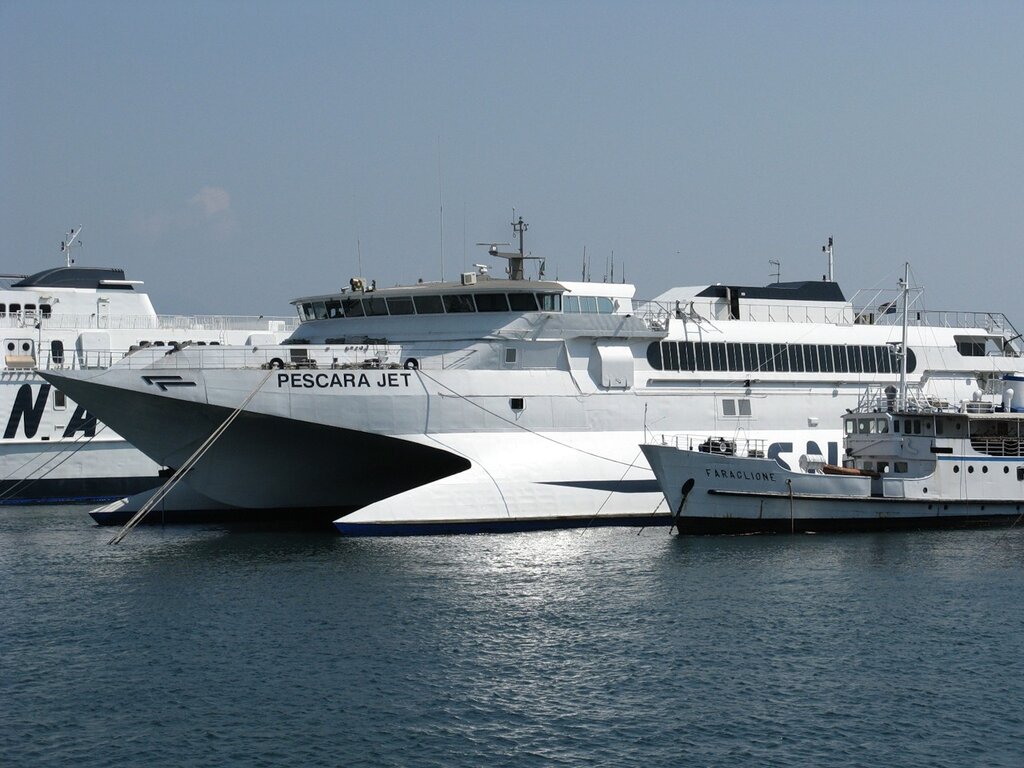 At first, the catamaran belonged to Northern European companies to Hoverspeed companies, la Sea Containers, Color Line, then Silja Line, it operated on the Calais-Dover and Liverpool - Belfast lines. Since 2004 snav equipment operated on the Adriatic (Pescaro-Spalato-javar). As far as is known, the ship is now owned by Golden Blaze Cruises and it is located in the port of Peramo. 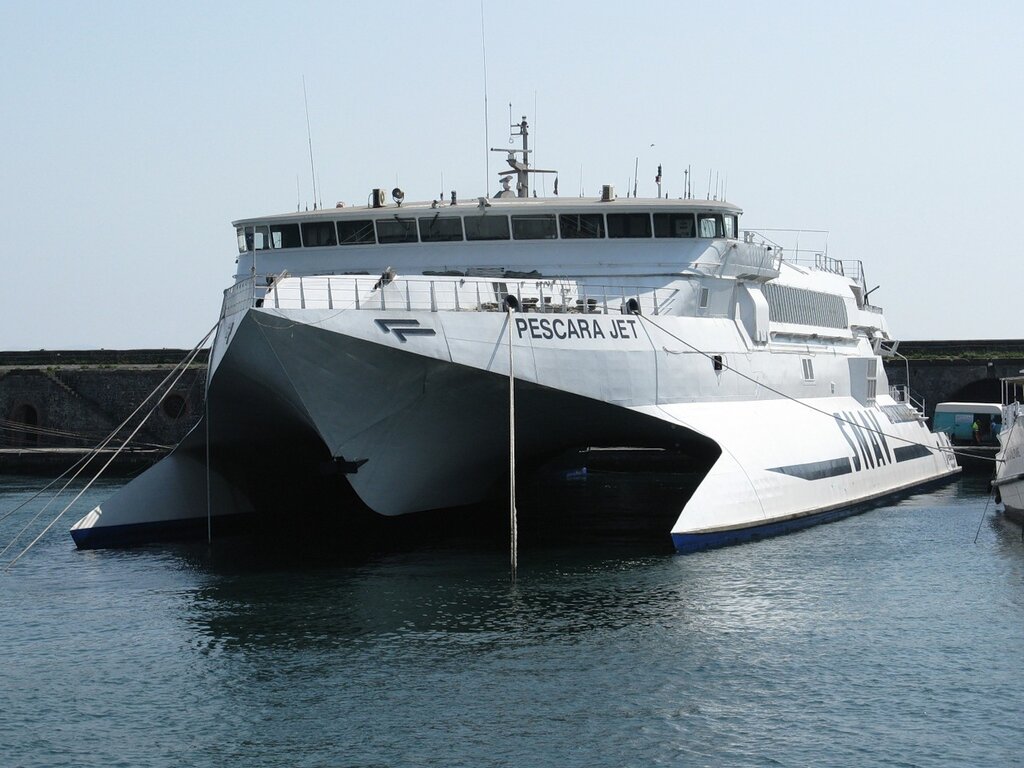 The Croazia jet catamaran was built in 1996 by the Australian company Austal and has been in the hands of different owners - Scandlines on the Baltic, then worked on lines connecting Spain with North Africa. In 2002, the vessel was acquired by the company SNAV, catamaran Croazia has a length of 83 meters, it can accommodate 650 passengers and 156 cars and has a speed of 40 knots (74 km/h). 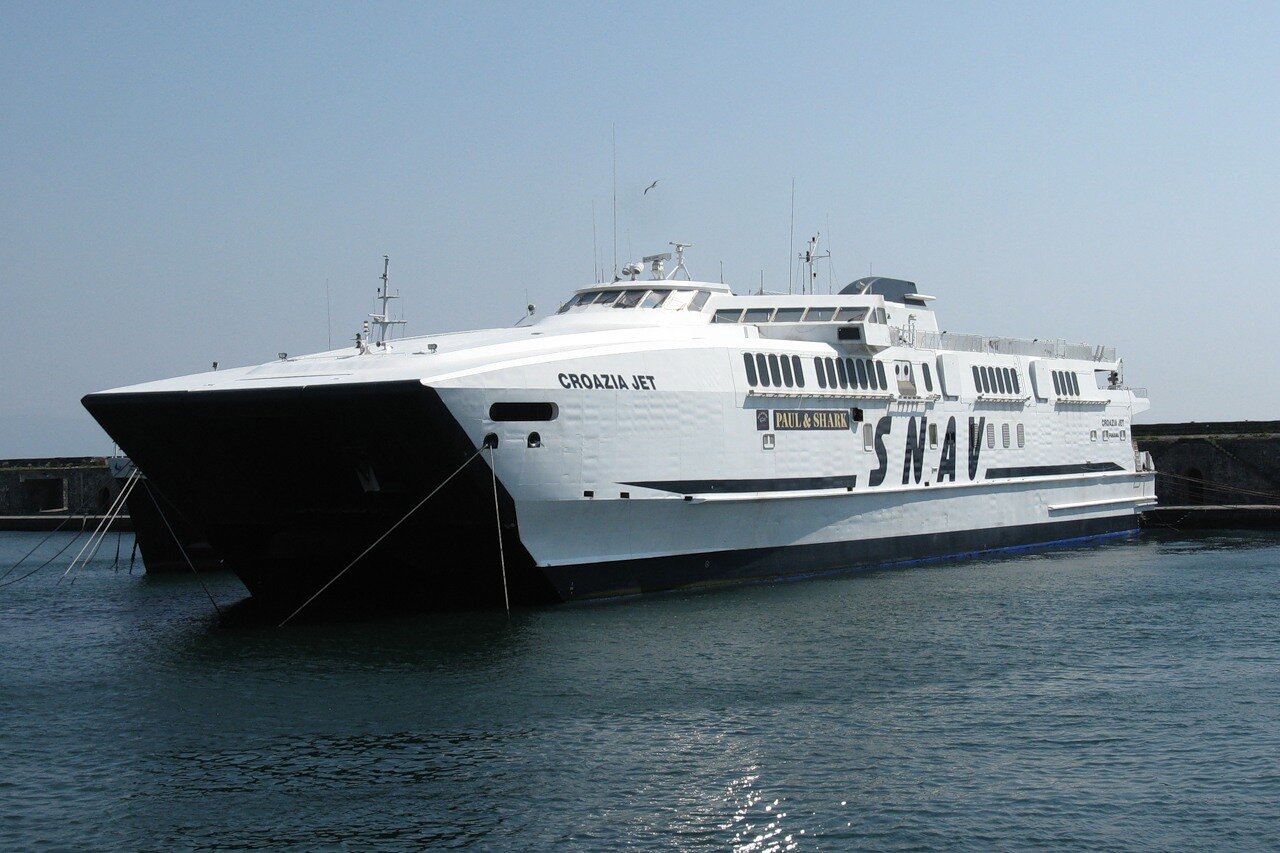 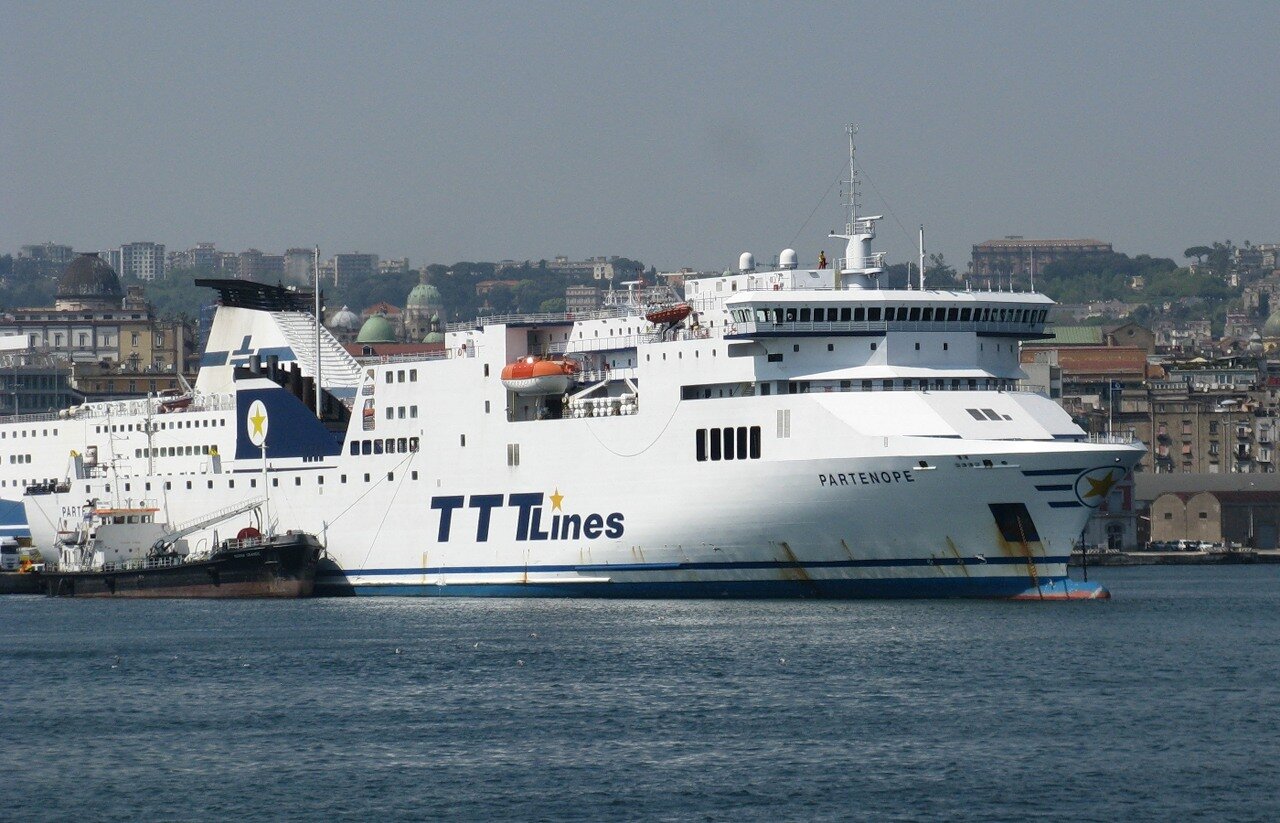 Recreational catamarans are waiting for the tourist season on the shore. 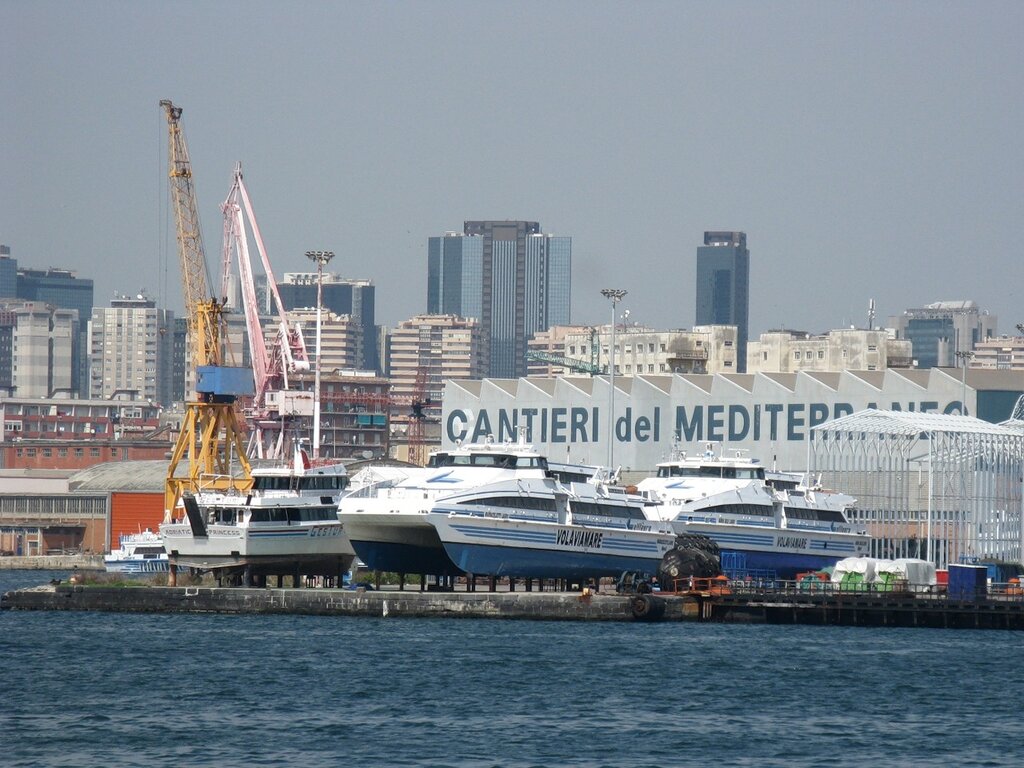 The cargo port of Naples is one of the most important in Europe. 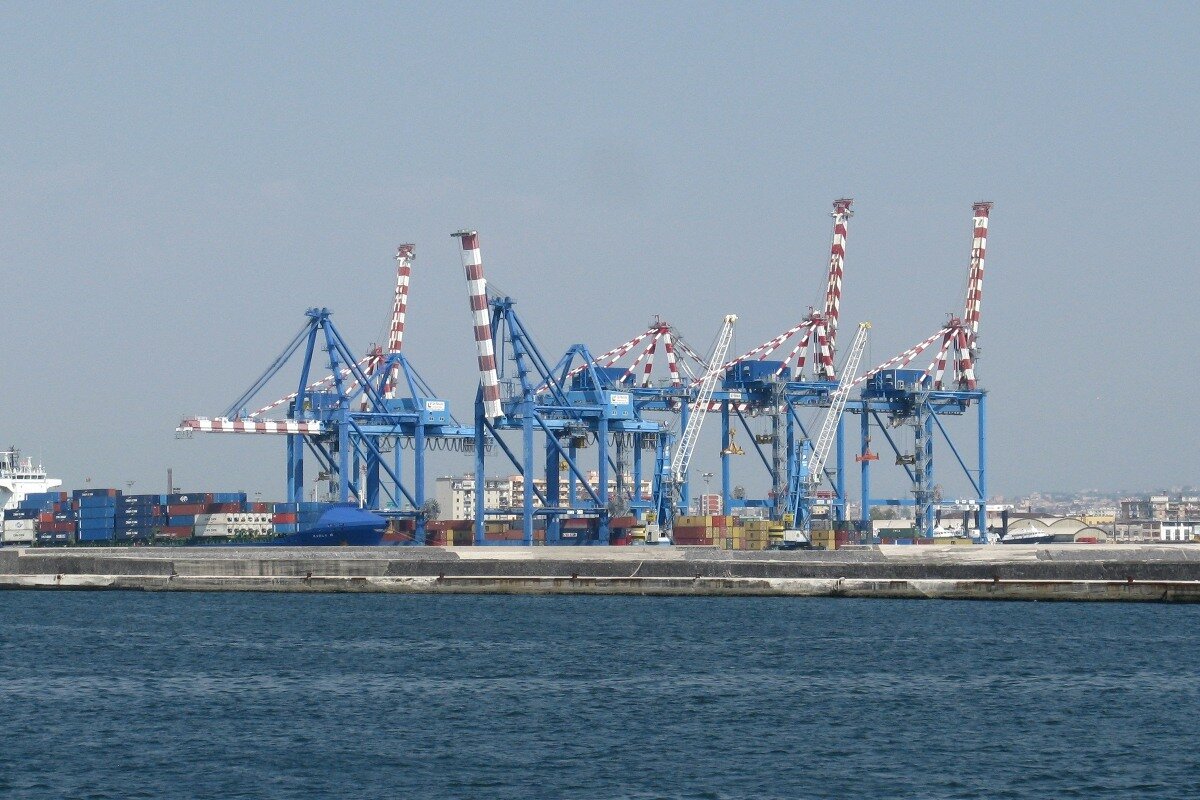 In the Eastern part of the pier San Vincenzo is located a lighthouse built in 1746. After 4 years before the lighthouse appeared statue of Saint Januarius, patron Saint of Naples. 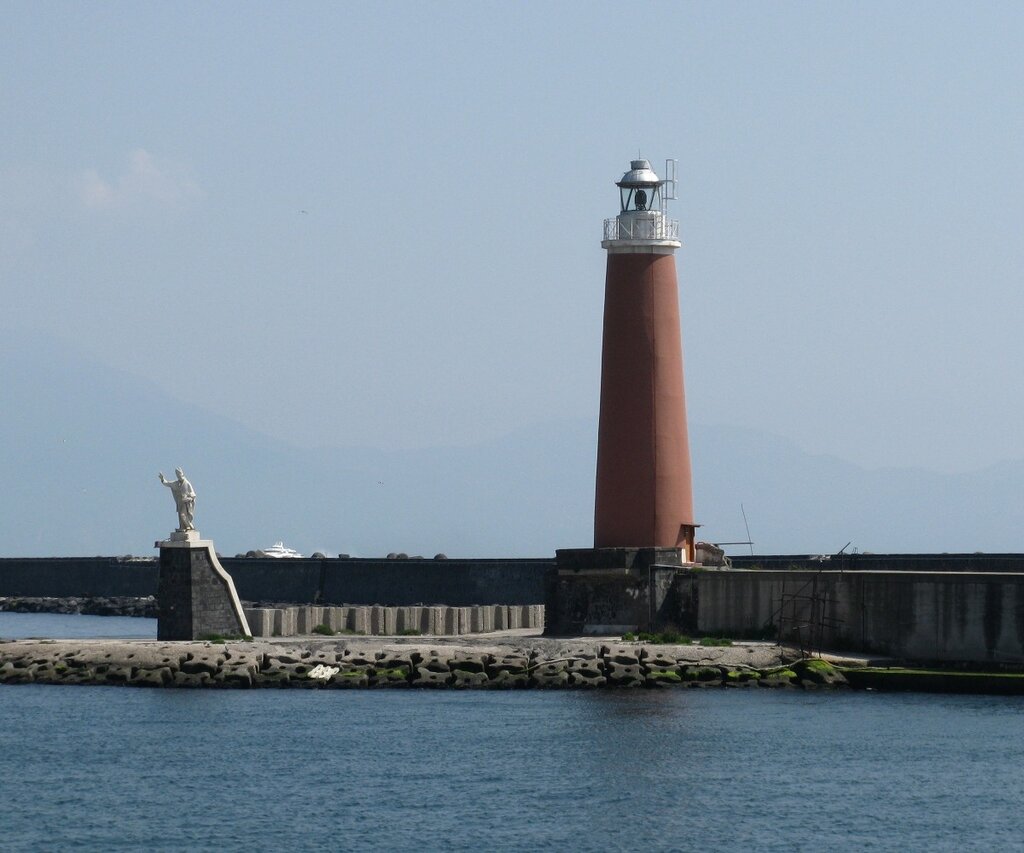 Leaving the Northern lighthouse on the port side, our ship leaves for the Bay of Naples. 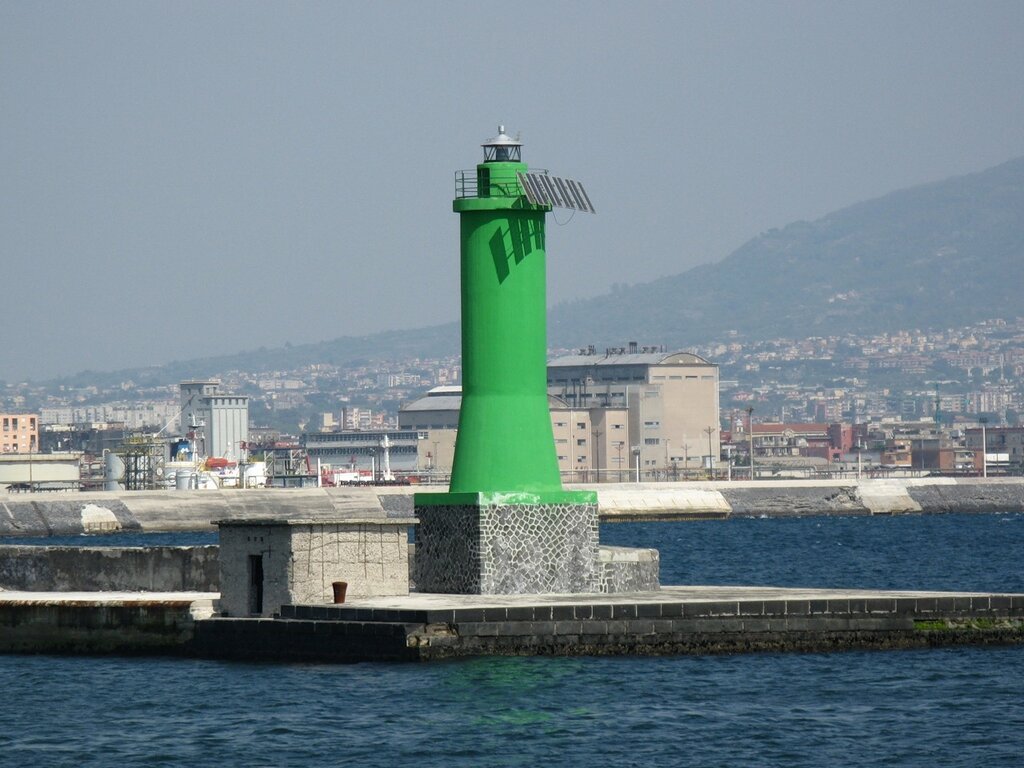