Left of Rådhusplassen, at the pier of the Pipervika harbour You can enjoy a steamship of the early 20th century Børøysund map). Such vessels were the only means of communication in the fjords before the advent of ferries, roads and bridges.

The ship was built in 1908 for Trondhjemske Lægtercompagni and was given the name "Odin". The steamer was universal-had two passenger cabins-first and second class, cargo hold and towing device. Before the First world war the ship was employed on the local lines in Trondheimfjord. With the outbreak of war, the steamer was mobilized and first carried out patrol service at the mouth of the Trondheimsfjord, then was converted into a minelayer. After the war, the ship returned to its former owner, but in 1923 it was sold due to unprofitability. The new owners - the shipping company Hjelme & Herlø renamed it "Skjergar", surpassed the West of Norway and put on a regular line Bergen Agarden (Øygarden), where he worked for 2 years. Then the steamer changed hands again-it was acquired by the company Vesteraalens from Northern Norway. Here the steamer got its present name. The company was engaged in the coastal trade on Lofoten Islands, where the ship and worked for 37 years.

In 1960, the ship became the property of the vocational school in Melba and was used to train ship engineers. During this period, the steamer was named "Hyma". In 1968, fairly old-the ship was acquired by the company Norsk Veteranskibsklub, zanimayushihsya preserving Maritime heritage. In 1969, the steamer arrived in Oslo, where it was restored to the condition corresponding to 1935 and was given back the name of the period - "Børøysund". The steamer is maintained in working order in 2008, on the occasion of its centenary, made an independent voyage from Oslo Lofoten Islands and back. The steamer has a steel hull with a displacement of 179 tons, a length of 31.1 and a width of 5.5 meters. Decks and superstructure of wood. Initially, the ship had an open bridge, the cabin appeared in 1942. Steam engine capacity of 210 HP with a coal boiler remained unchanged from the date of construction. The passage has a speed of up to 10 knots and is designed to carry 100 passengers. 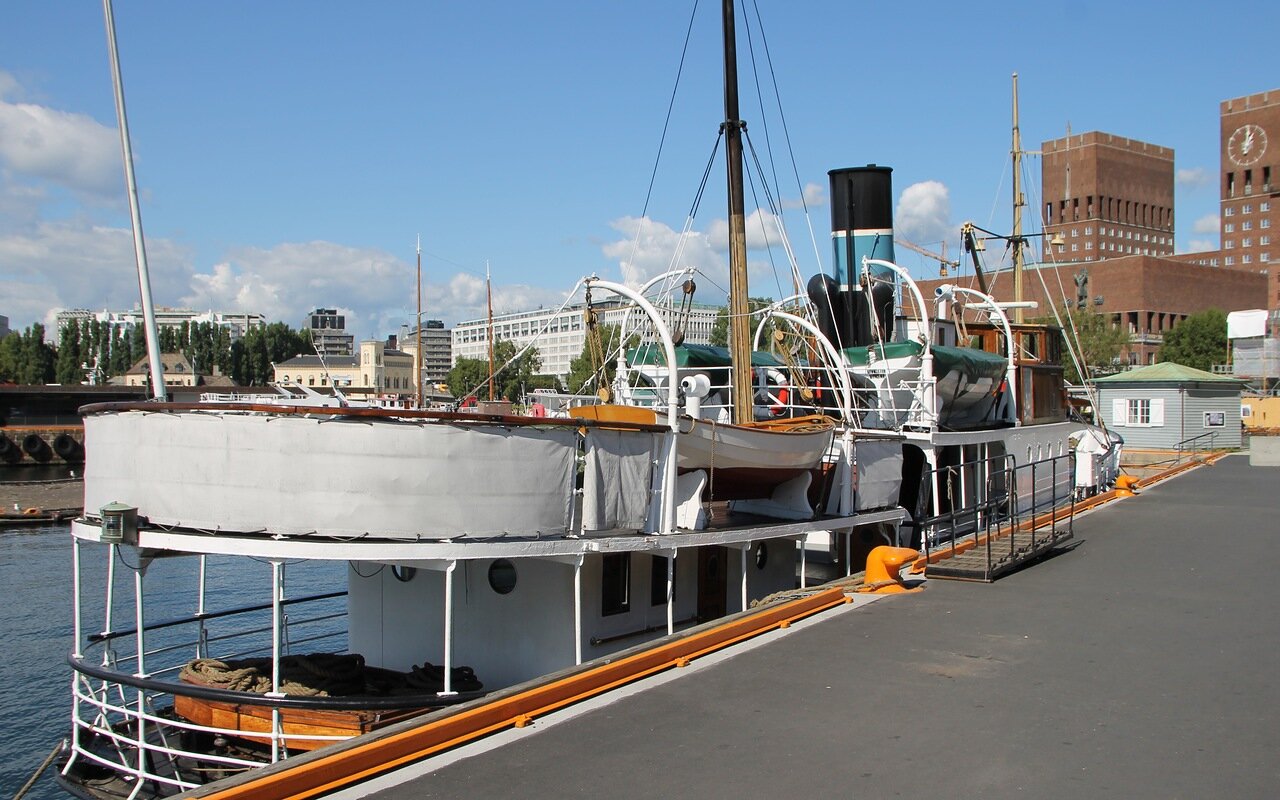