Returning by ferry from Suomenlinna fortress along the South Bay of Helsinki, on this day, you could see an ocean liner of classical architecture at the berths of the port of Helsinki. Such vessels are almost gone, they were replaced by more modern, however, elegant shape nautical design of the 60-70s is pleasing to my mind more than the current giant floating bricks. 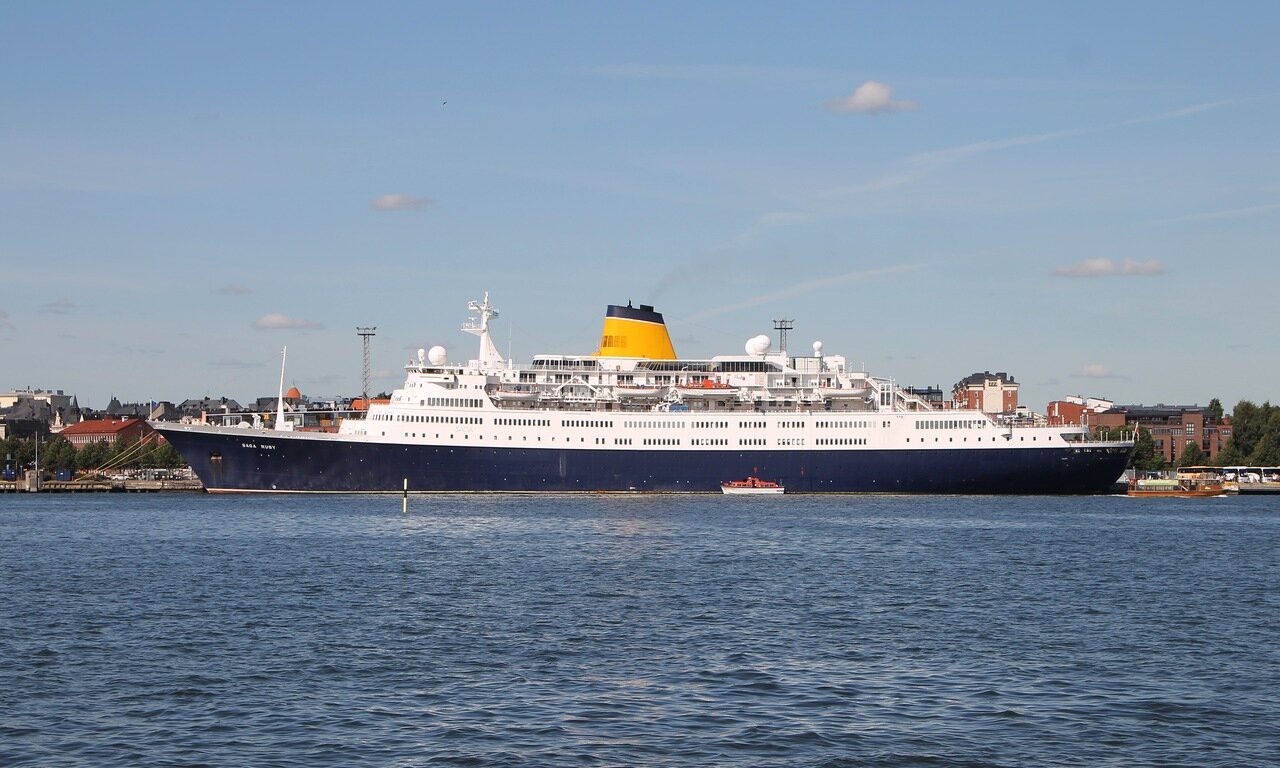 Saga Ruby was built in England and launched in 1973 under the name "Vistafjord". Ten years the ship worked on the Norwegian-American line, making regular flights Oslo-new York. In 1983, the airliner became the property of the Cunard Line, a long walk under the old name until 1999 had not received the traditional Cunard's name "Caronia". However, after 5 years, the liner again changed its name to Saga Ruby, as it was sold to the cruise company Saga Cruises. 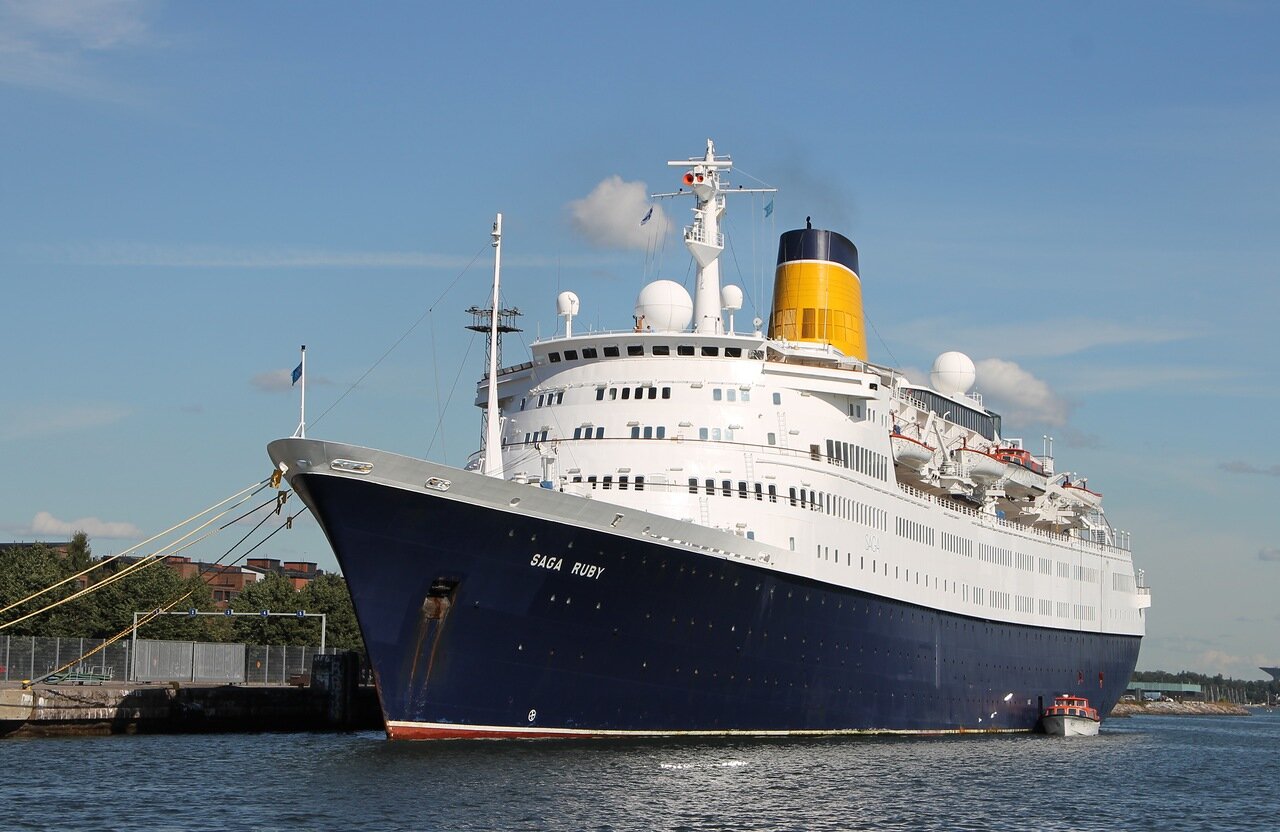 Currently, the ship already bears a different name Oasia, and seems to have finished his cruise career - in January 2014, the ship again changed ownership-Singapore company Millenium, plans to turn it into a floating hotel. 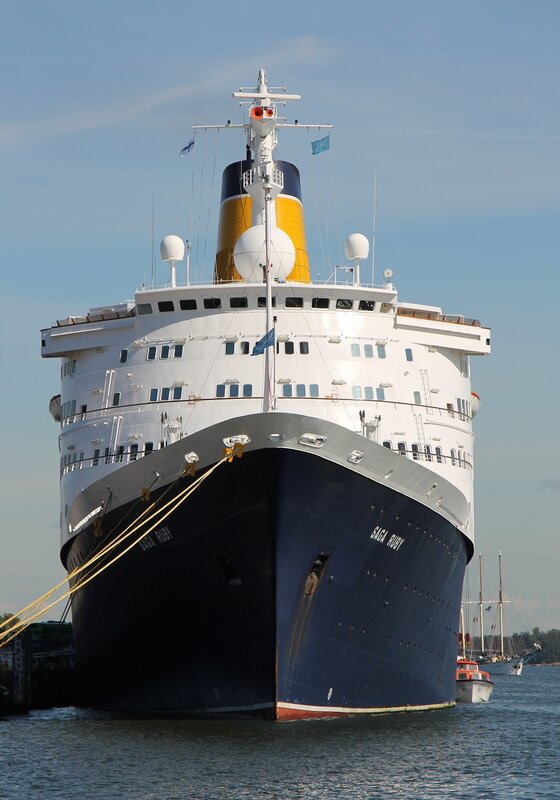 And another photo taken by me in Lisbon с Santa Luzia viewpoint in the spring of 2012. 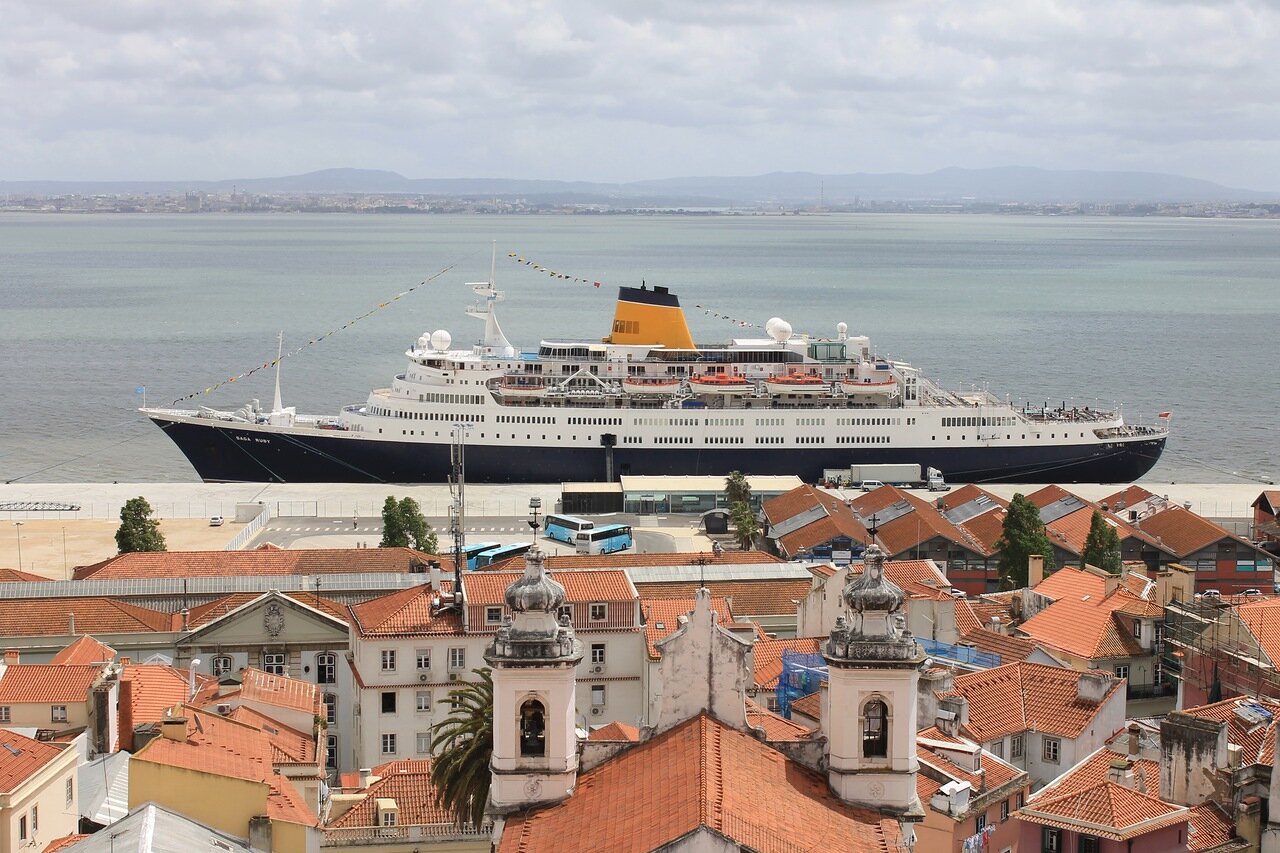