The main floating exhibit of the Maritime Museum a little Torrevieja - class submarine Daphné (French. "Volca berry"). These ships were built in France from 1958 to 1970 for both their own fleet and for sale.. 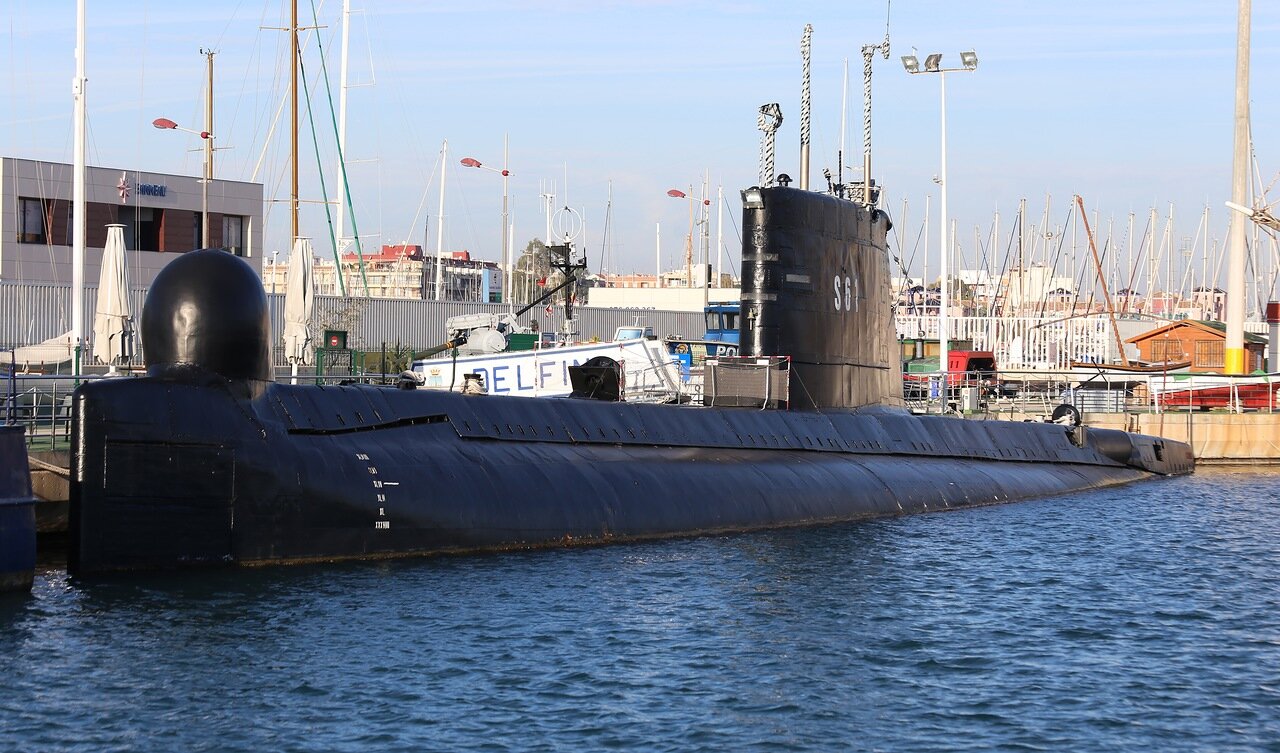 Underwater ship with a length of 57 meters had a displacement of 860 tons on the surface and immersed in 1038. The boat was driven by two diesel-electric units of 800 HP each. This provided a speed of 15 knots (28 km/h) during a submerged attack, a cruising underwater underwater speed on diesels under the schnorchel of 8 knots (15 km/h) and a surface 12 knots (22 km/h). 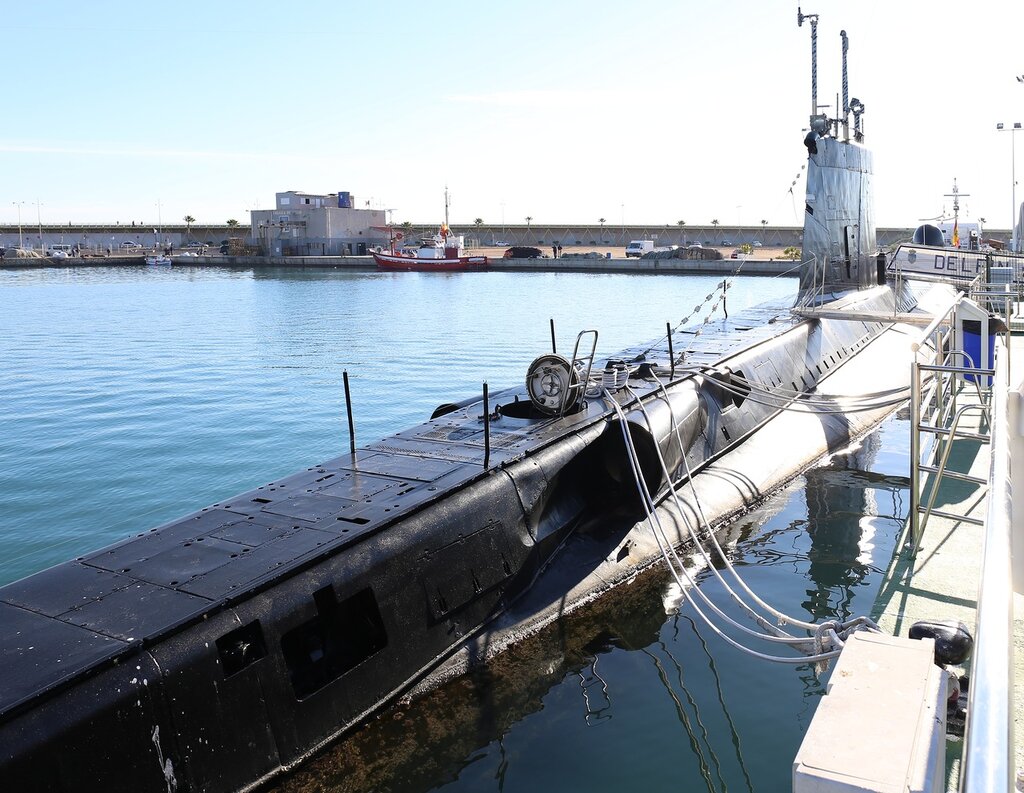 The boat could dive to a depth of 300 meters. Fuel reserves at an economic rate of 7 knots was enough for 10,000 nautical miles (18500km) - a very good indicator. Duration of Autonomous swimming up to 30 days. 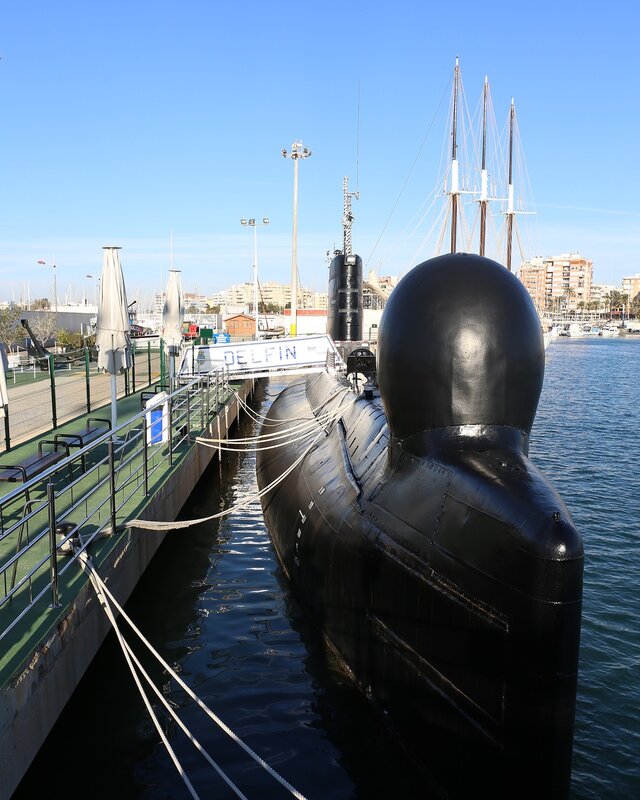 The French Navy received 11 daphné units, 15 served in the Portuguese Navy, Pakistan, South Africa, the last boat decommissioned in 2010. The Spanish Navy had 4 such ships. 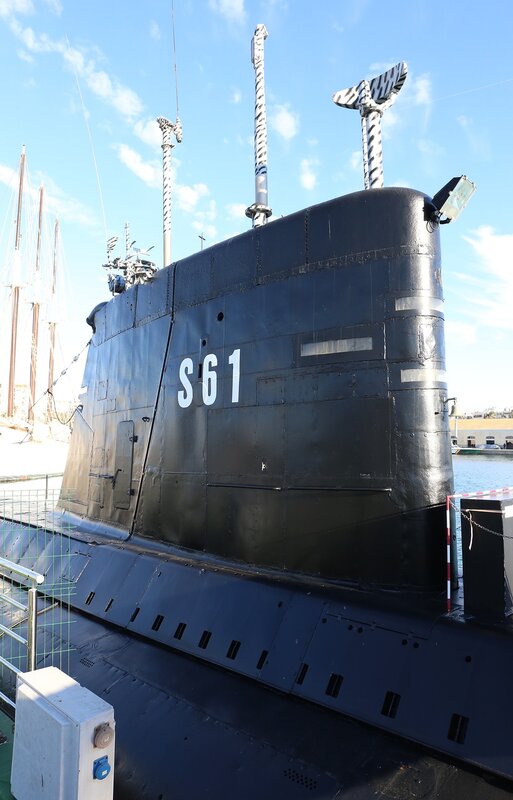 With good running and fighting qualities, the daphné project is considered unsuccessful, mainly due to design flaws. The French Navy lost two boats, in 1968 and 1970, the investigation found that the cause of the disasters was the design of the snorkel - a pipe for air intake in a submerged position. In addition, the boats suffered from many hardware problems. 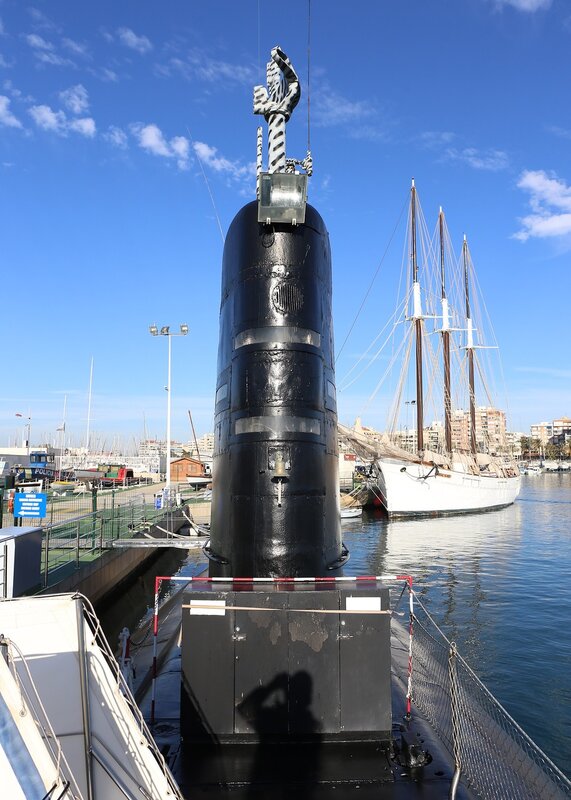 The submarine Delfin was launched in 1973 and served in the Spanish Navy for exactly 30 years. In 1974, the Ministry of defense handed over the ship to the Torrevieja city Council, which did not know what to do with it for thirty years. 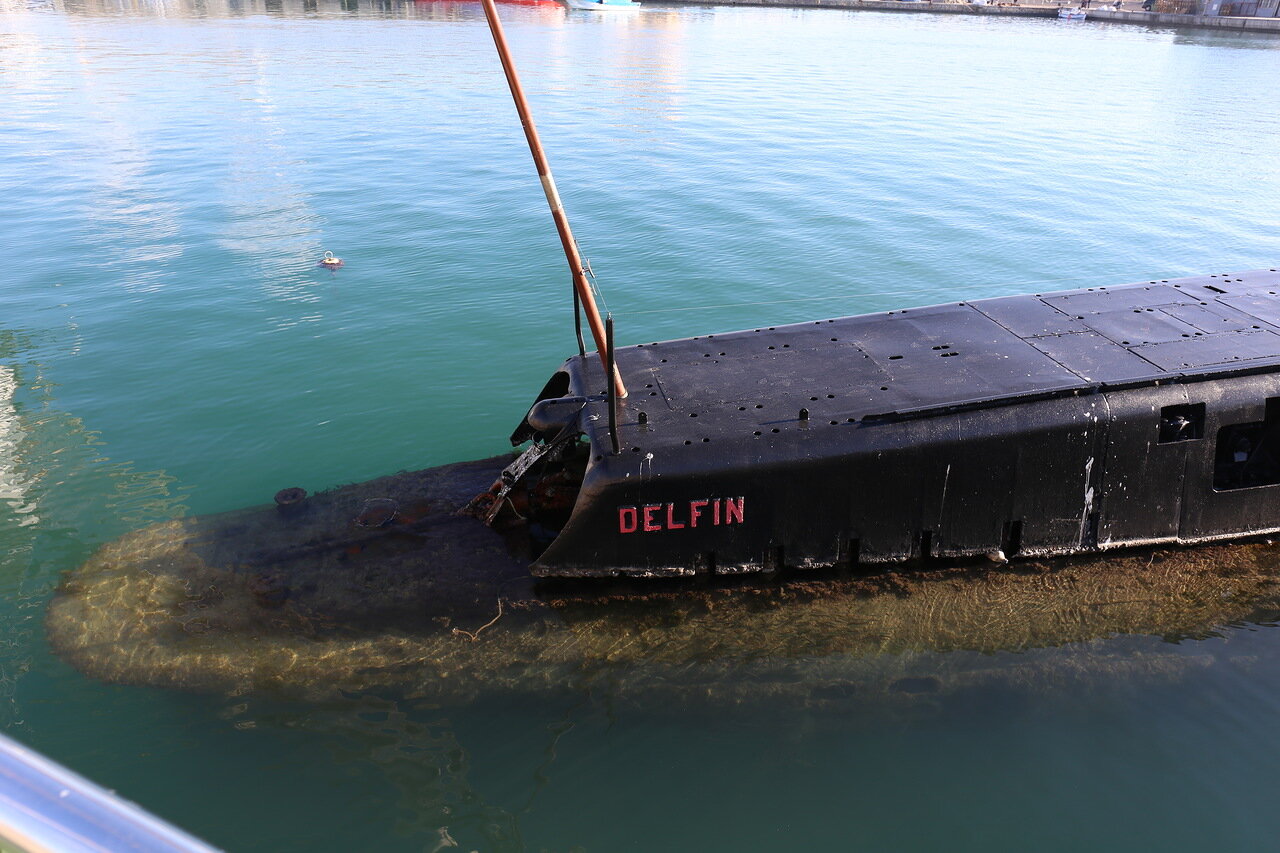 Finally, the boat was repaired and opened to the public on 8 may 2004. It is the first Spanish Navy warship to become a Museum. 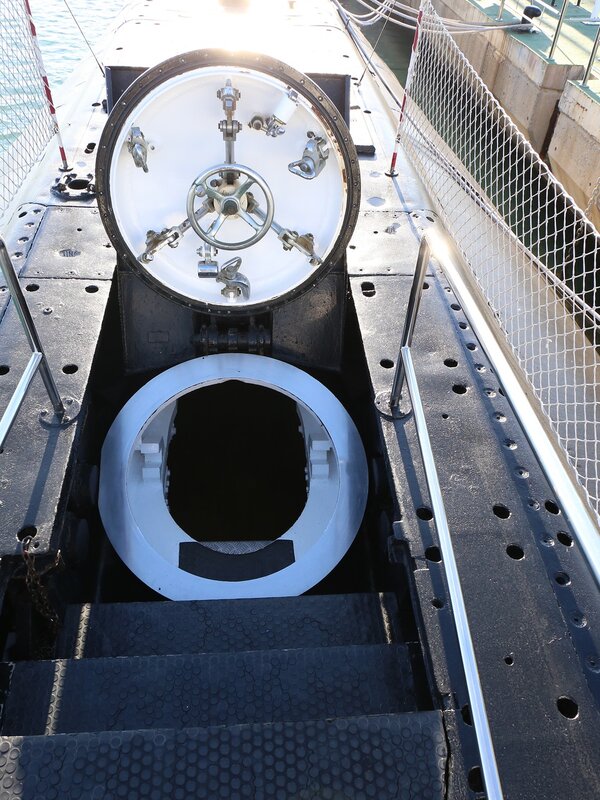 Forward torpedo Bay. It housed 8 units of the French standard 550 mm, another 4 were in the stern. Ammo by one torpedo on the machine. 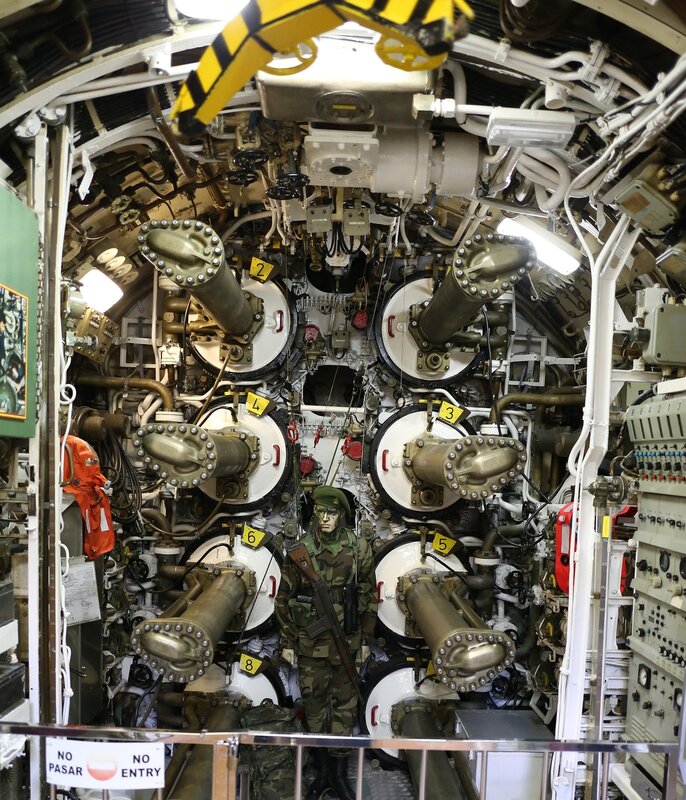 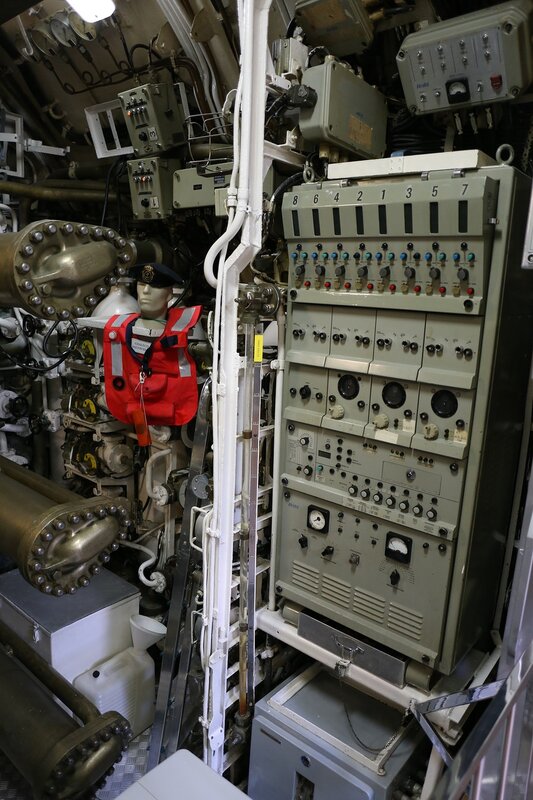 Here, next to the devices, four-tier bunks torpedoes. The role of lockers for personal belongings perform hanging bags. Conditions Spartan, but still much better than I saw in the Soviet boat of "Foxtrot" class. 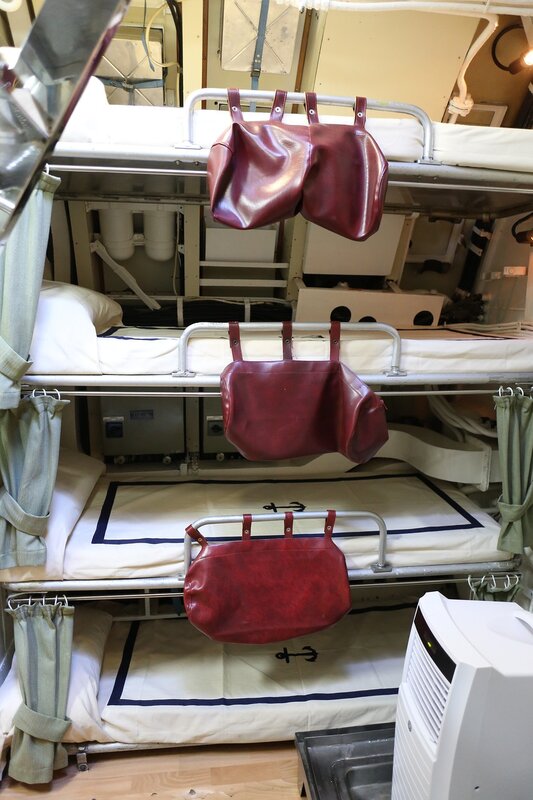 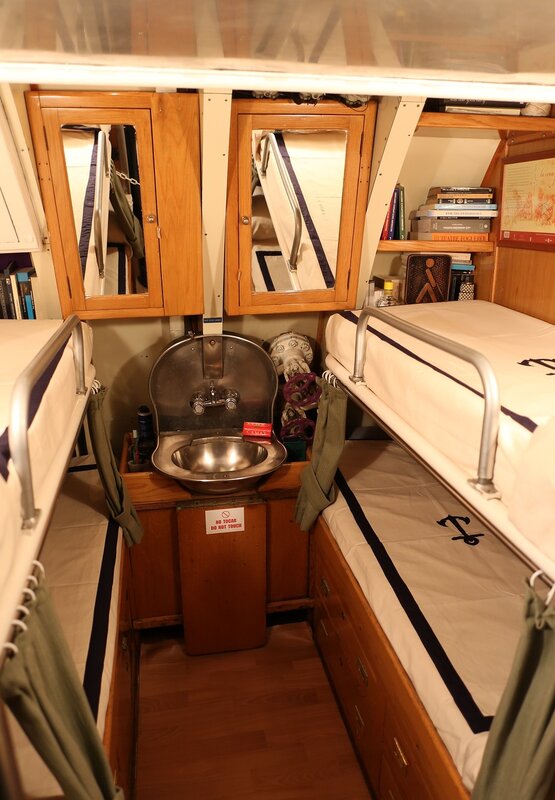 The commander's habitat is perhaps even more modest than that of the officers. 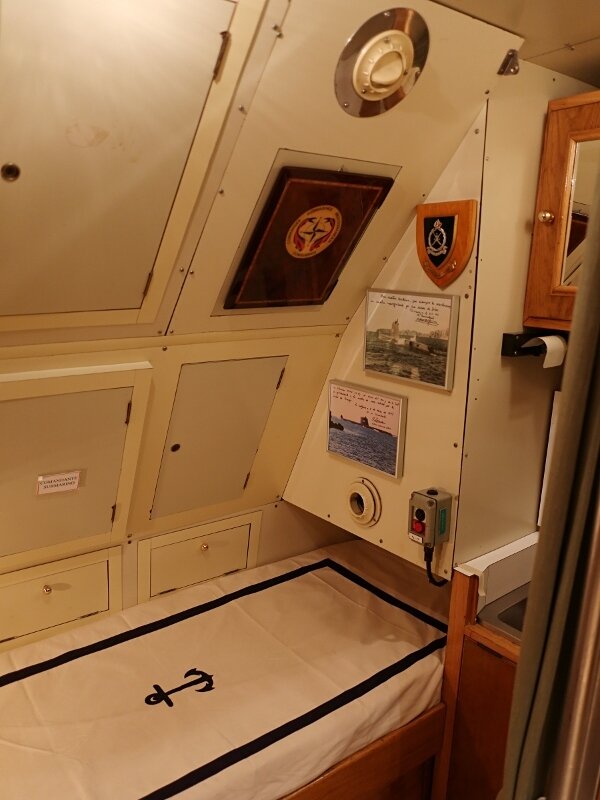 The Saloon is small but cozy. Mandatory portraits of king Juan Carlos I, the most popular monarch in modern history. 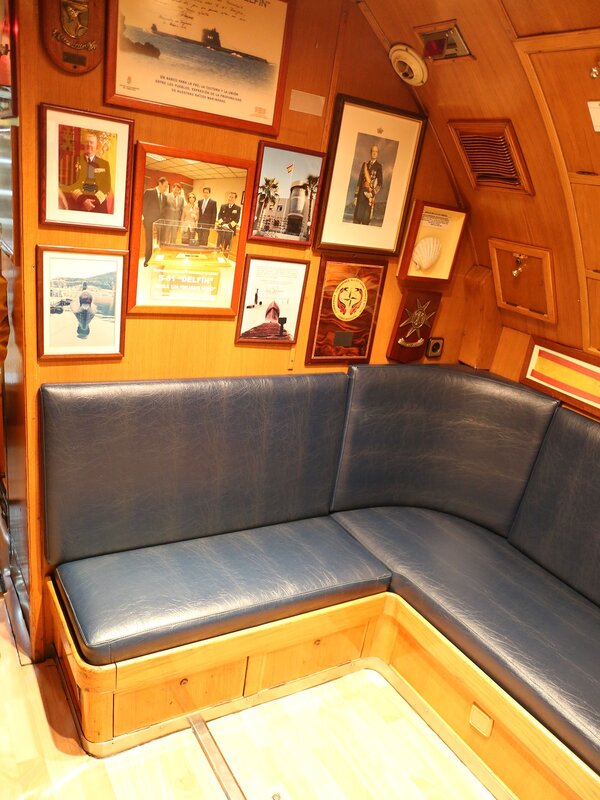 The heart of the boat is the Central post. Here are collected devices for navigation and control of torpedo weapons. 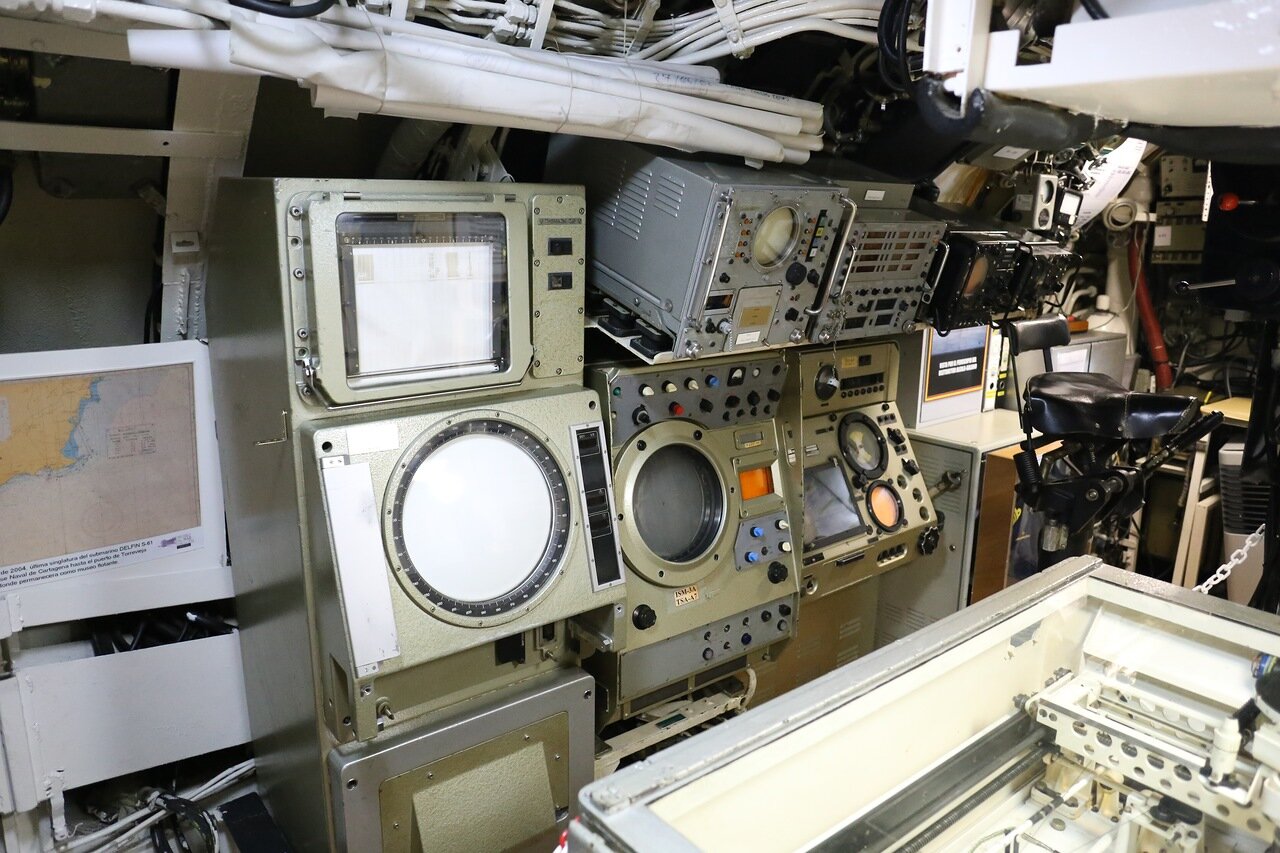 Workplaces of operators of vertical and horizontal rudders. The steering wheel is a bit like an airplane. 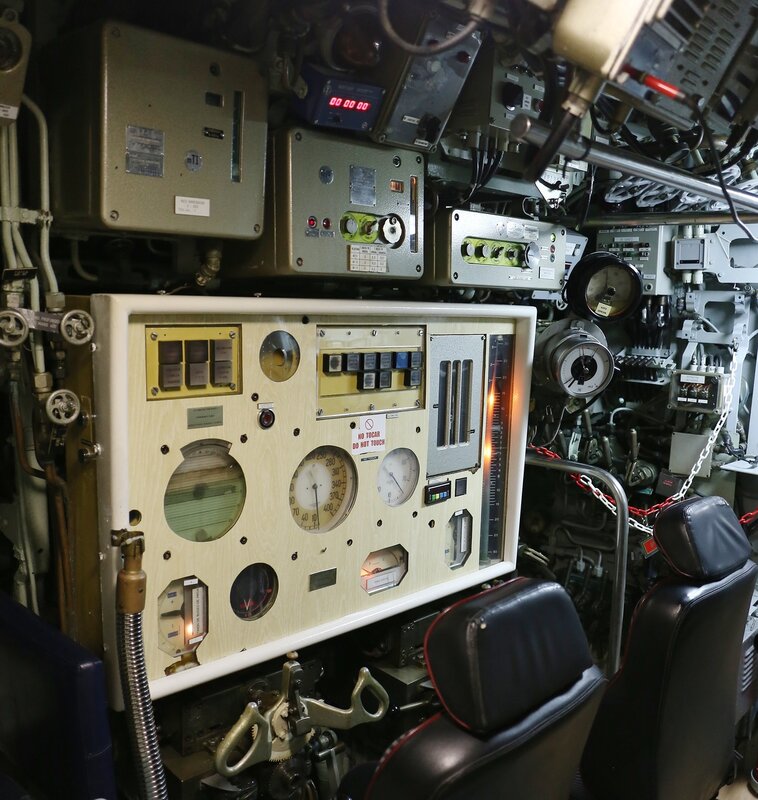 The Torpedo fire control computer, these complicated mechanical devices to make calculations of angles and lead start-up of torpedoes, considering many factors - the speed of the target, its distance, heading and other parameters. 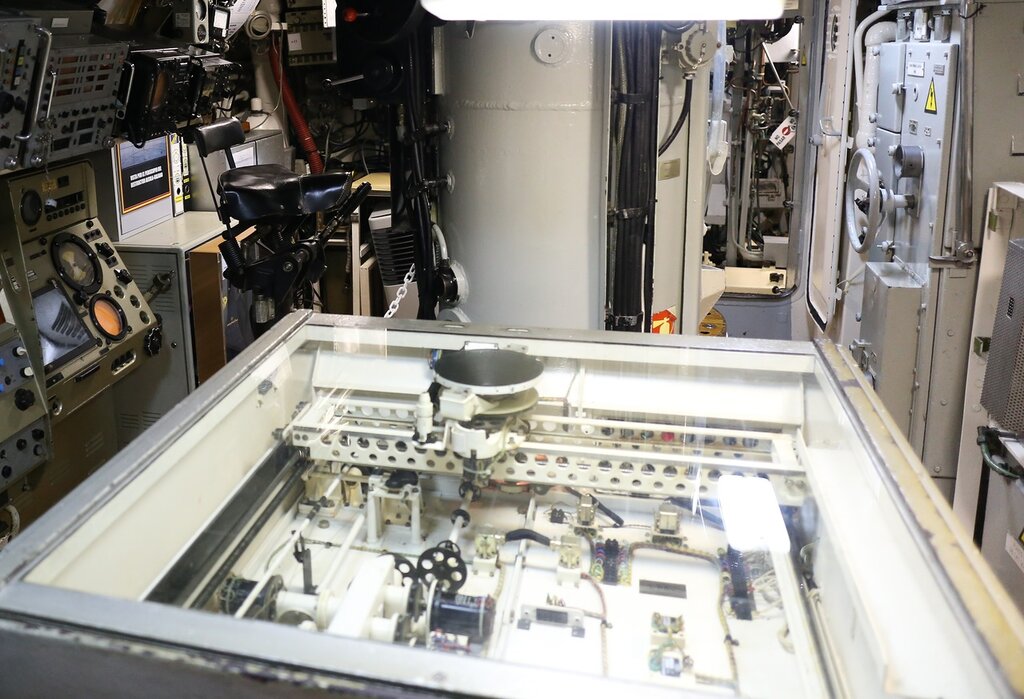 Later these bulky units were replaced by electronic computers. 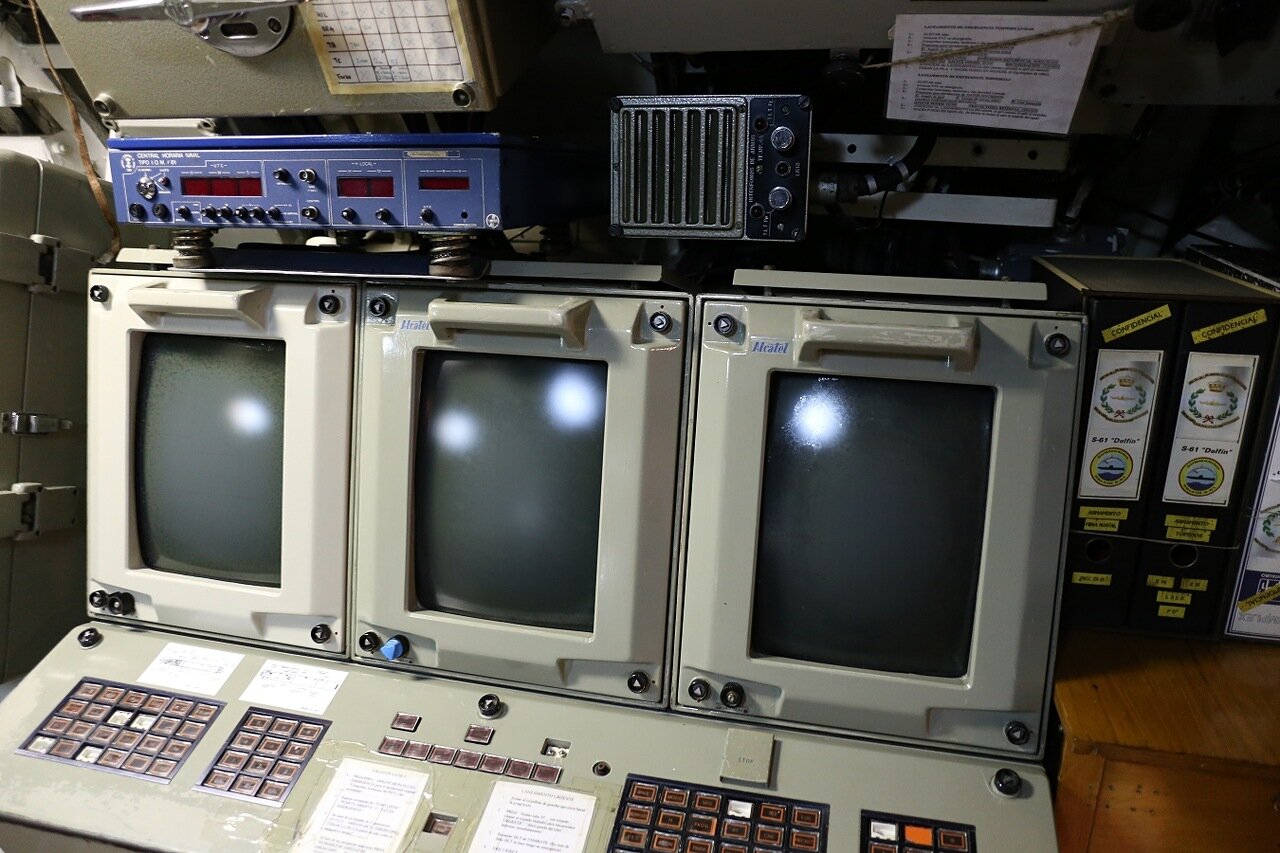 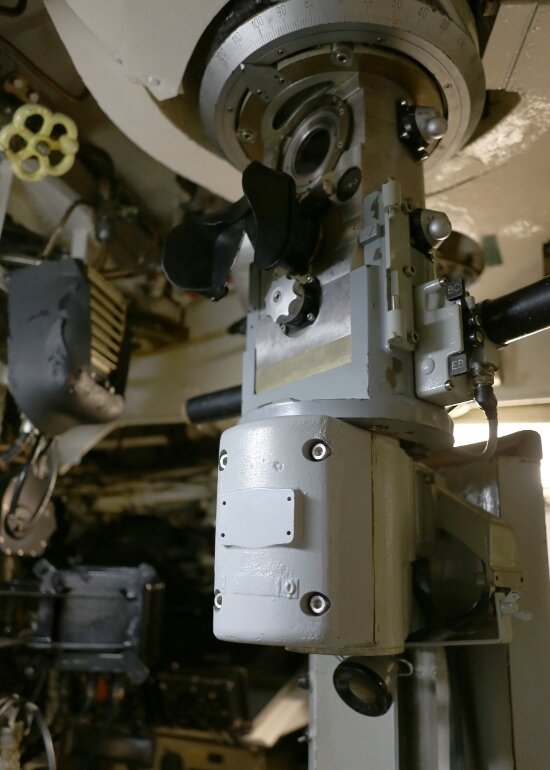 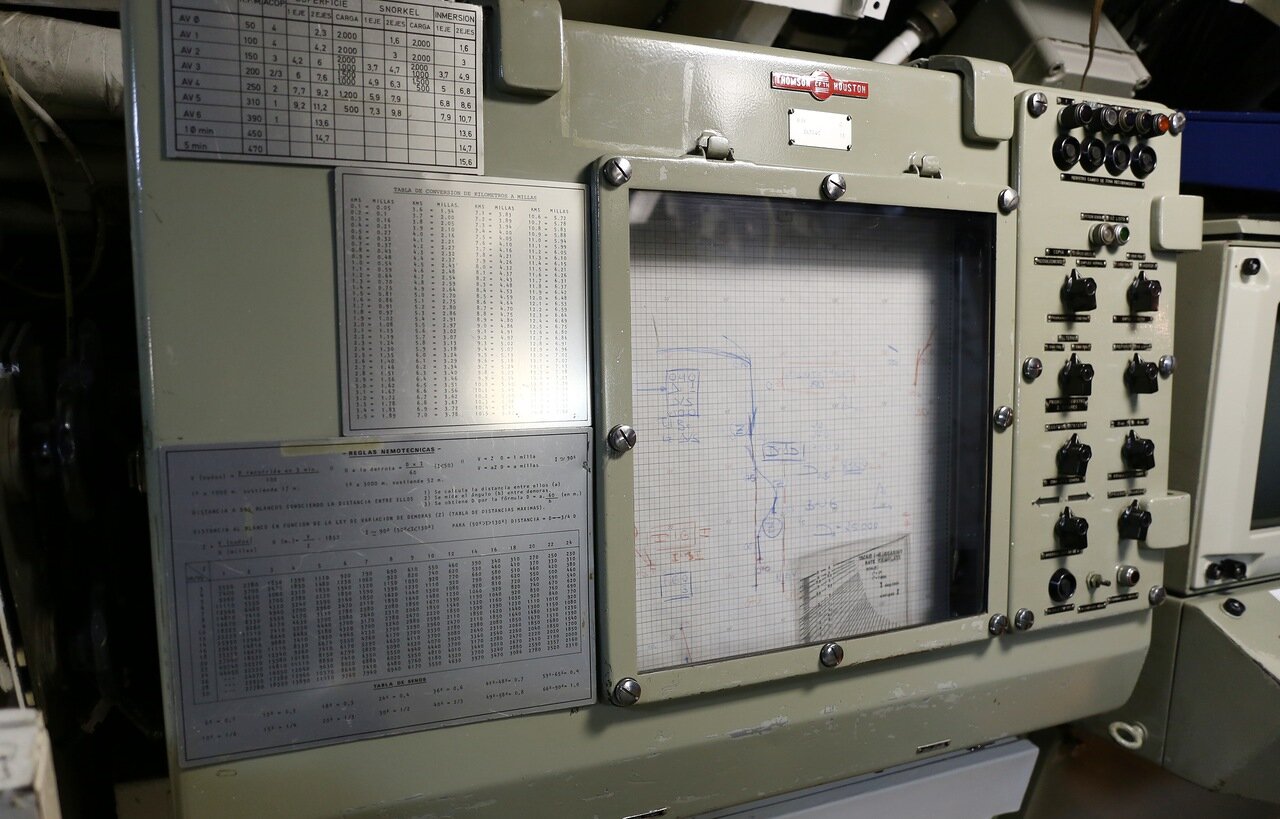 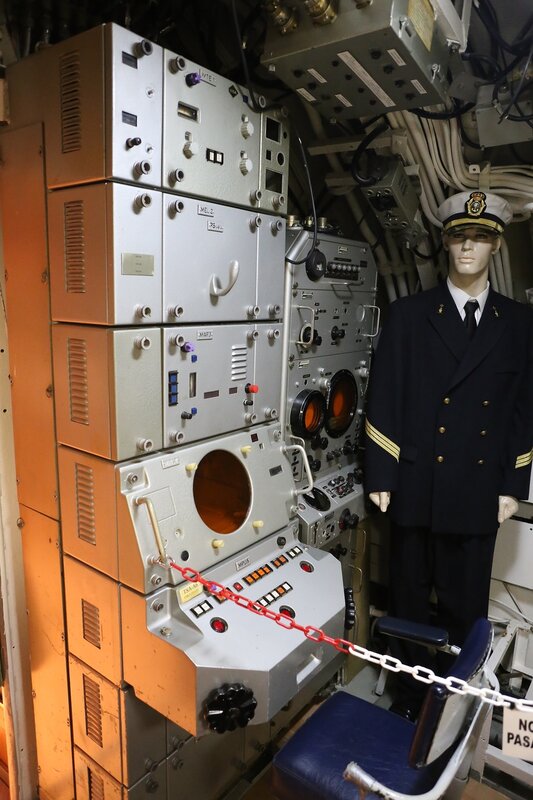 The valves of ballast tanks. 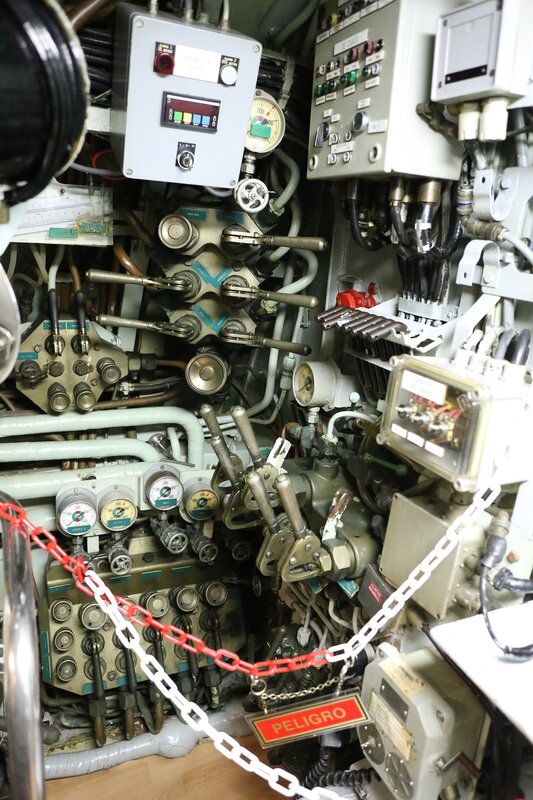 They control the ascent and dive. 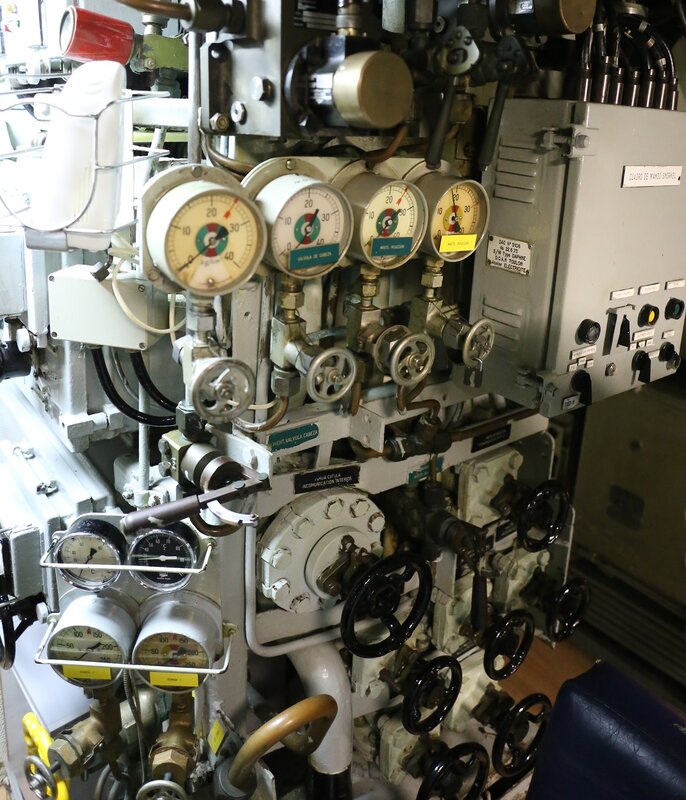 For immersion tanks are filled with water, for surfacing they displace water with air under high pressure. 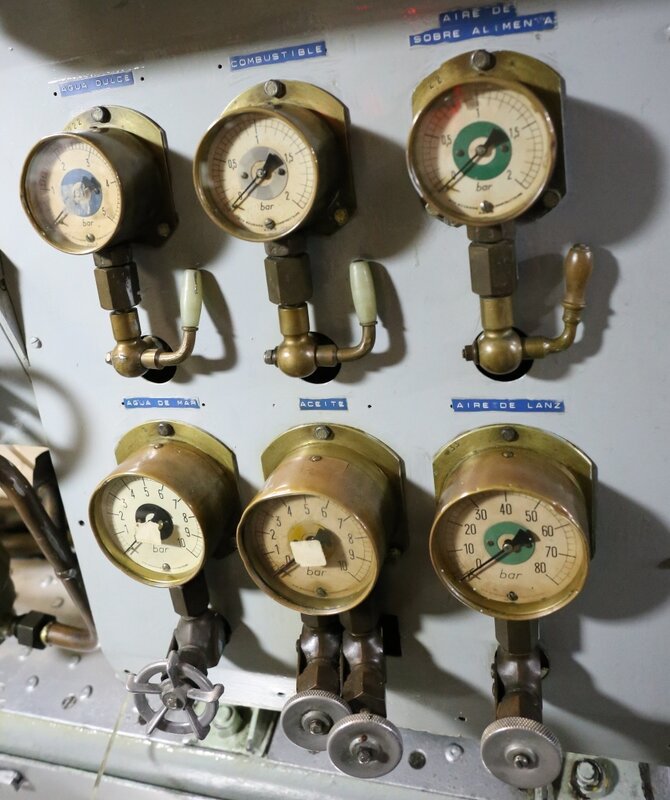 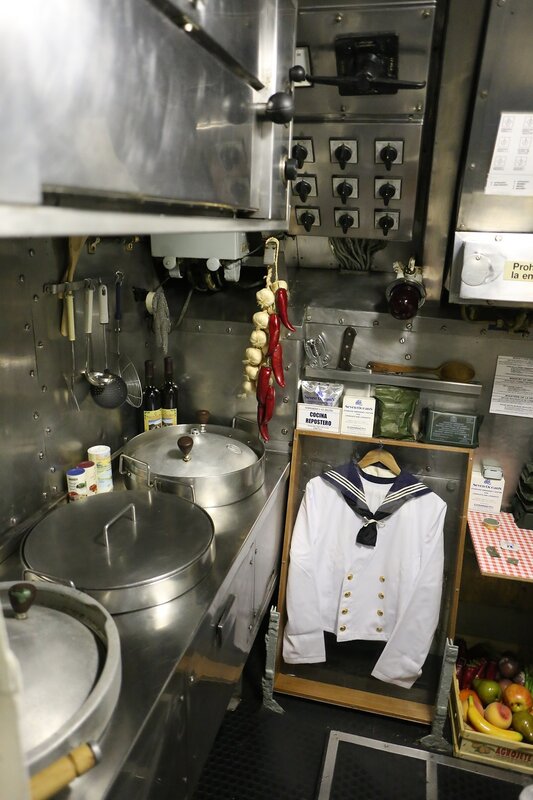 Here, though a small selection of dishes, but there are even wine glasses. 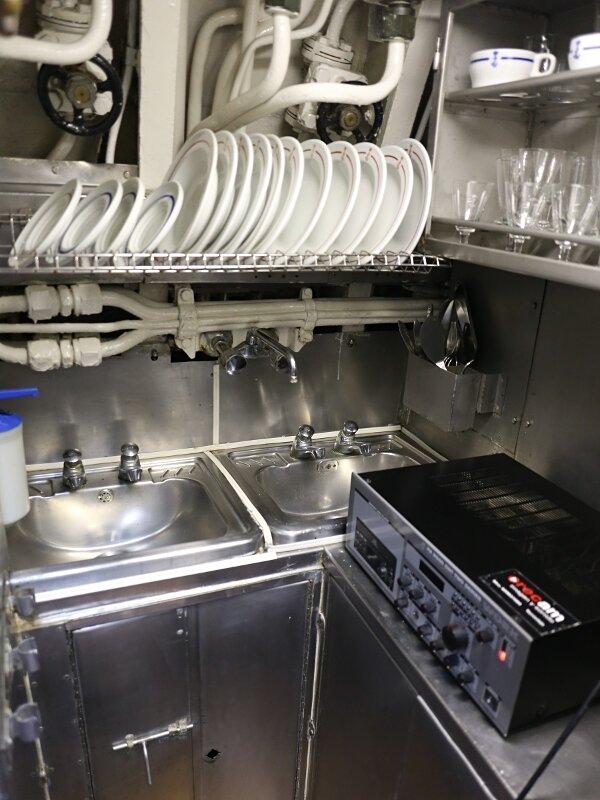 The inner part of the air intake device-snorkel. In the submerged position, being at a shallow depth, the boat raises a pipe through which air is sucked, ensuring the operation of diesels. This allows you to recharge batteries and ventilation compartments without surfacing. 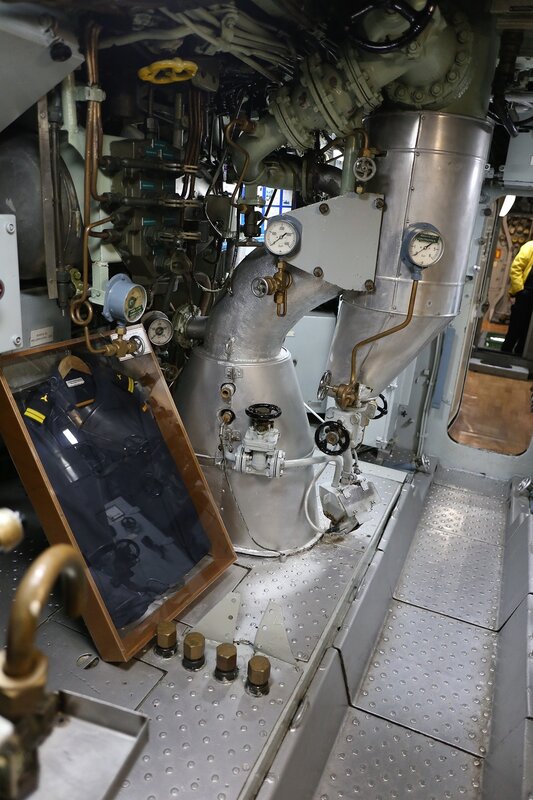 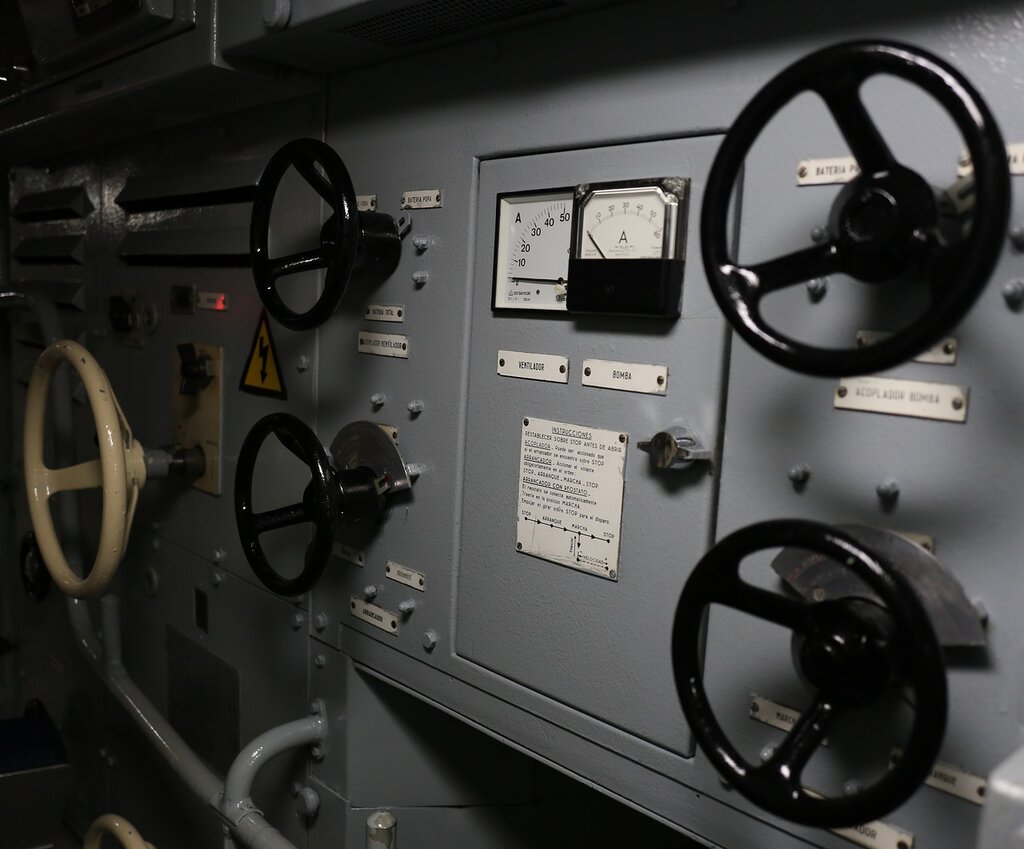 The Control console of rowing motors with current and voltage devices. In the center the pointer speed, the bottom - temperature bearings. electric motors and propeller shaft. 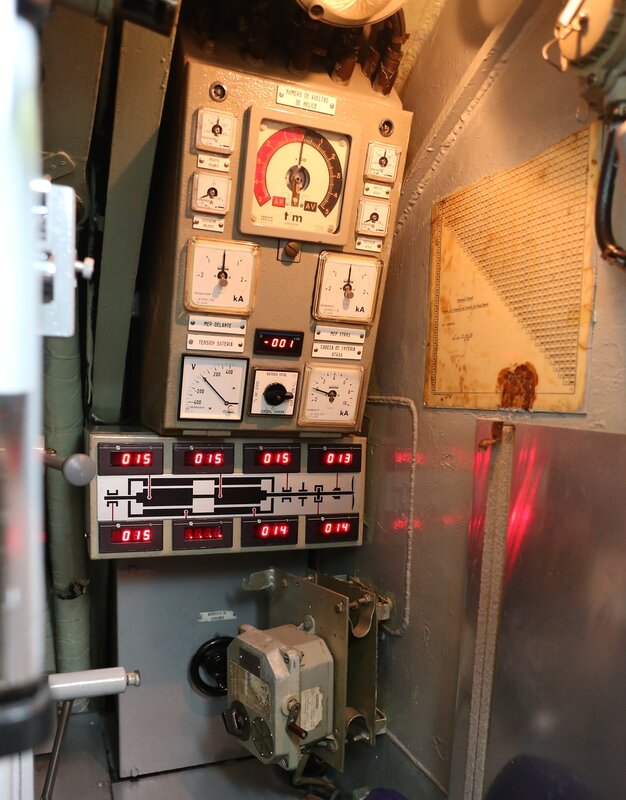 Aft living compartment. The crew of the boat consisted of 50 sailors and consisted of 6 officers, 24 non-commissioned officers and 20 sailors. 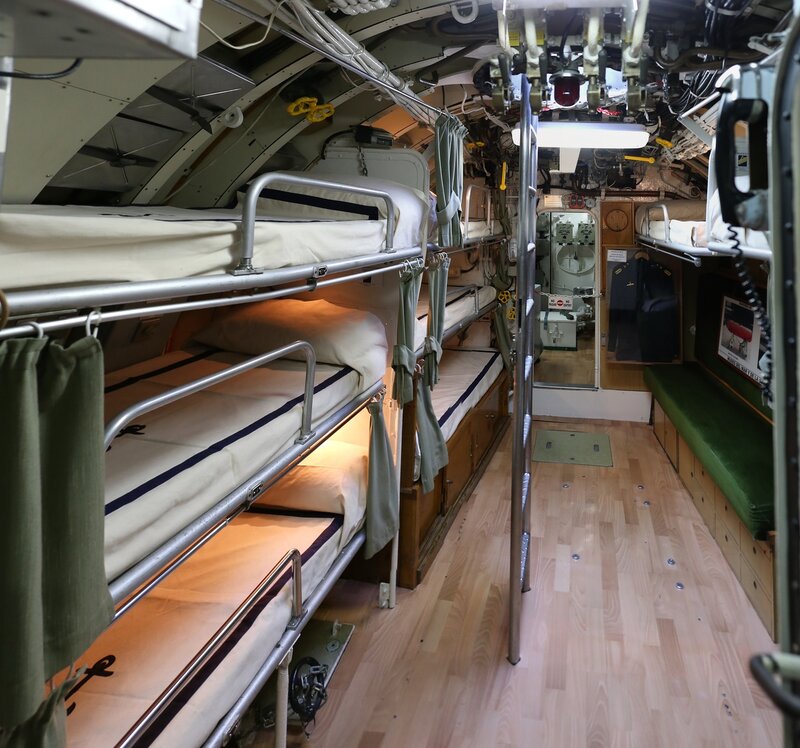 Of all the amenities in the stern only wash basin, located among the valves and electrical equipment. 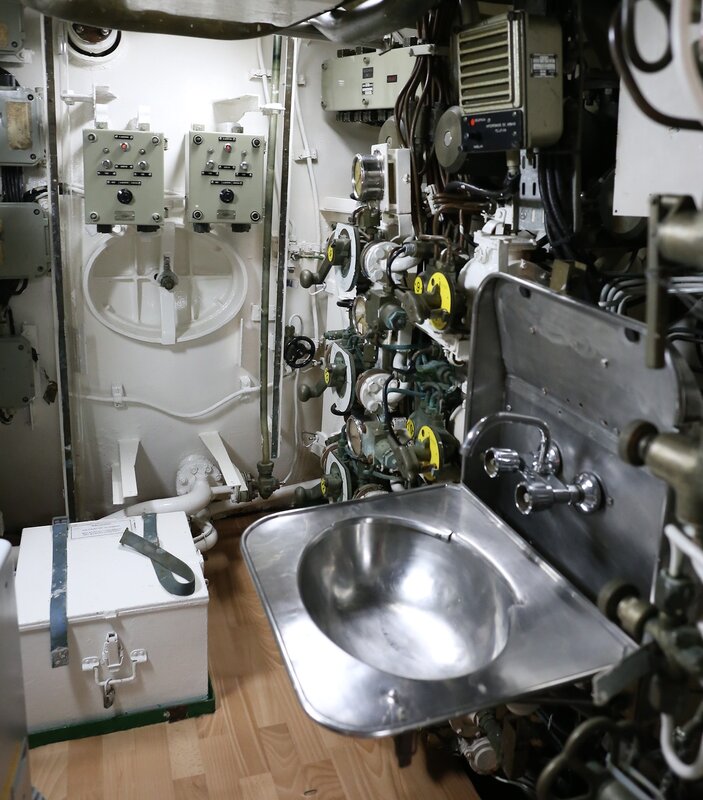