Between Gdansk and Gdynia runs a tourist ship, stylized as a real sailing ship of the Hanseatic era. 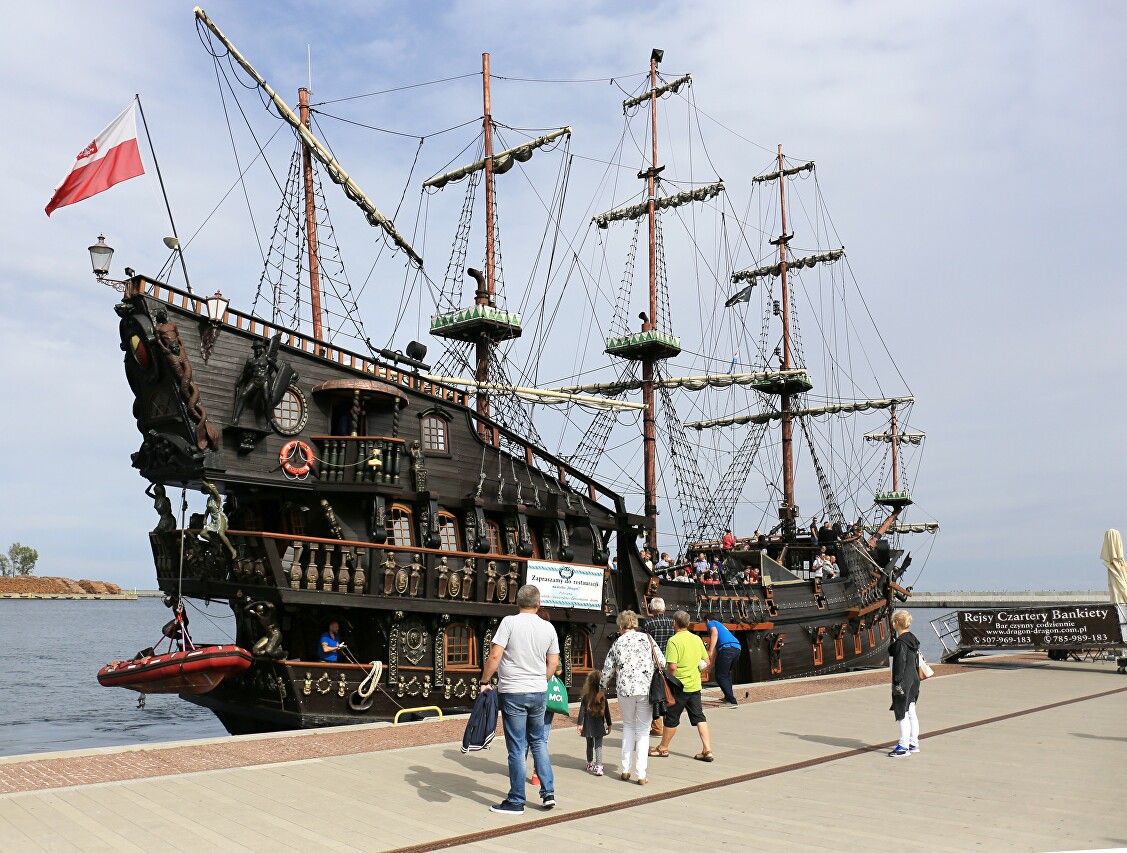 The historic sailboat is based on the hull of an old port tug that was given a second life in 2006. Surprisingly, this floating prop has seaworthiness not worse than its medieval prototypes. Dragon can go to the open sea even in winter. 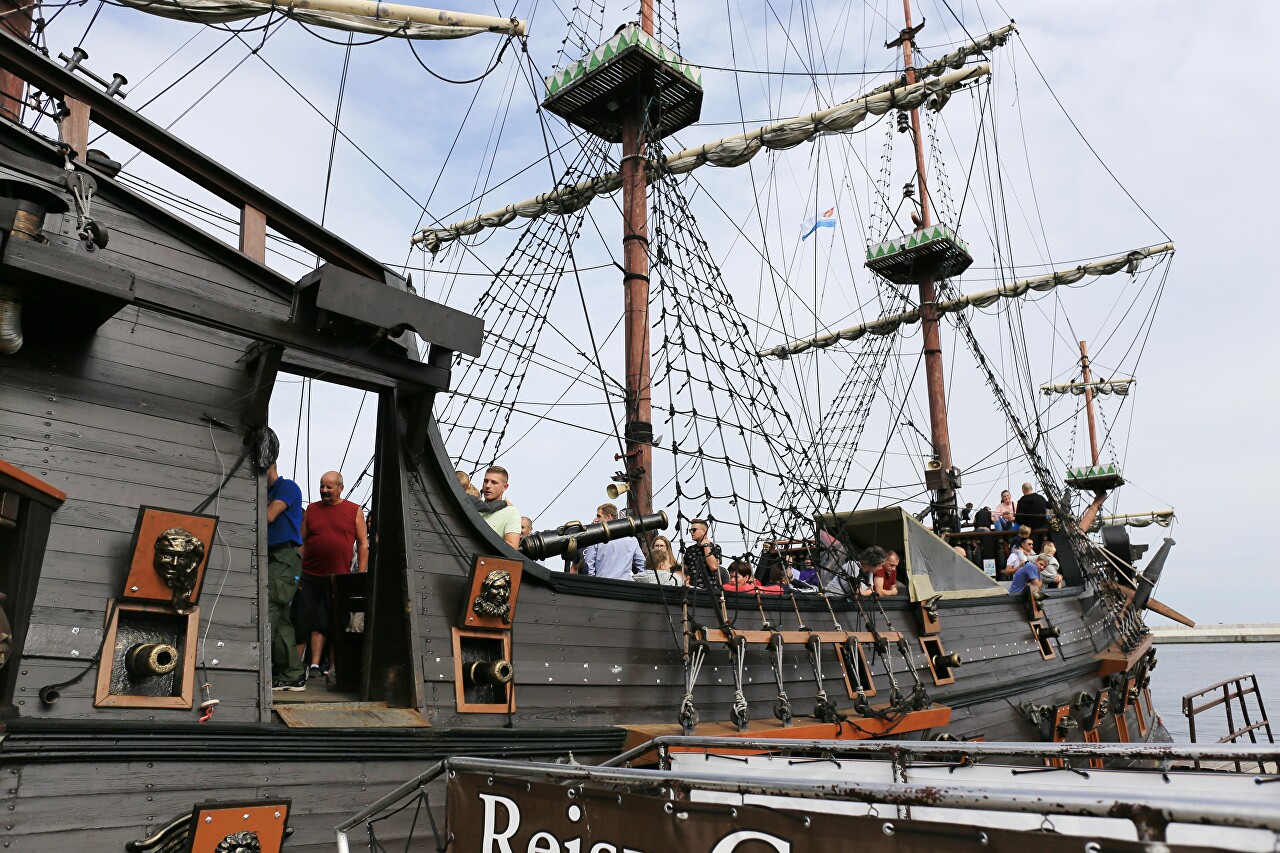 The ship is decorated with many wooden sculptures and carved elements. Of course, the real Galleons of The Polish-Lithuanian Commonwealth did not have so many architectural excesses - they were in fact well-armed merchant ships. 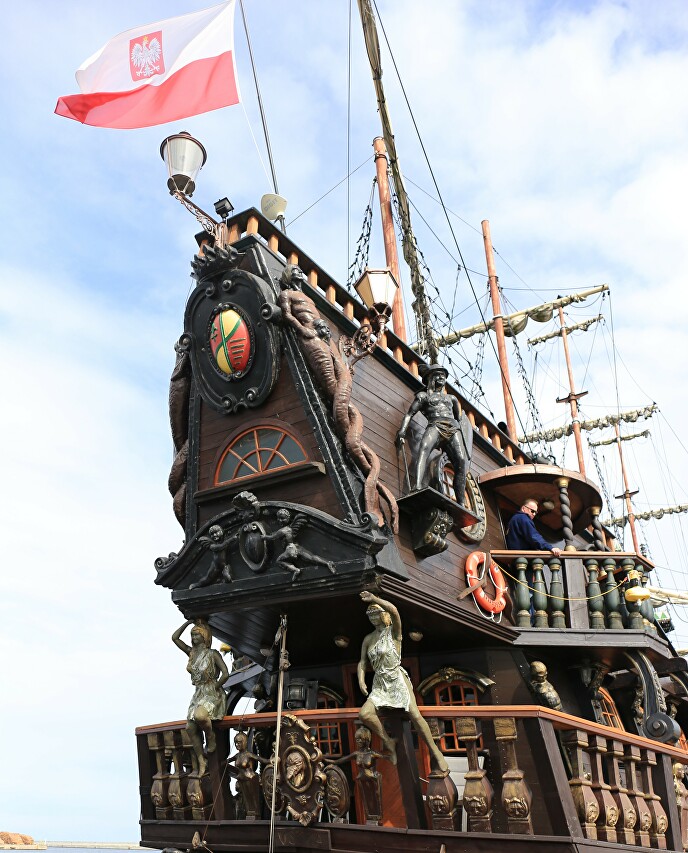 The figure under the bowsprit depicts the scene of the mythical hero's fight with the dragon. 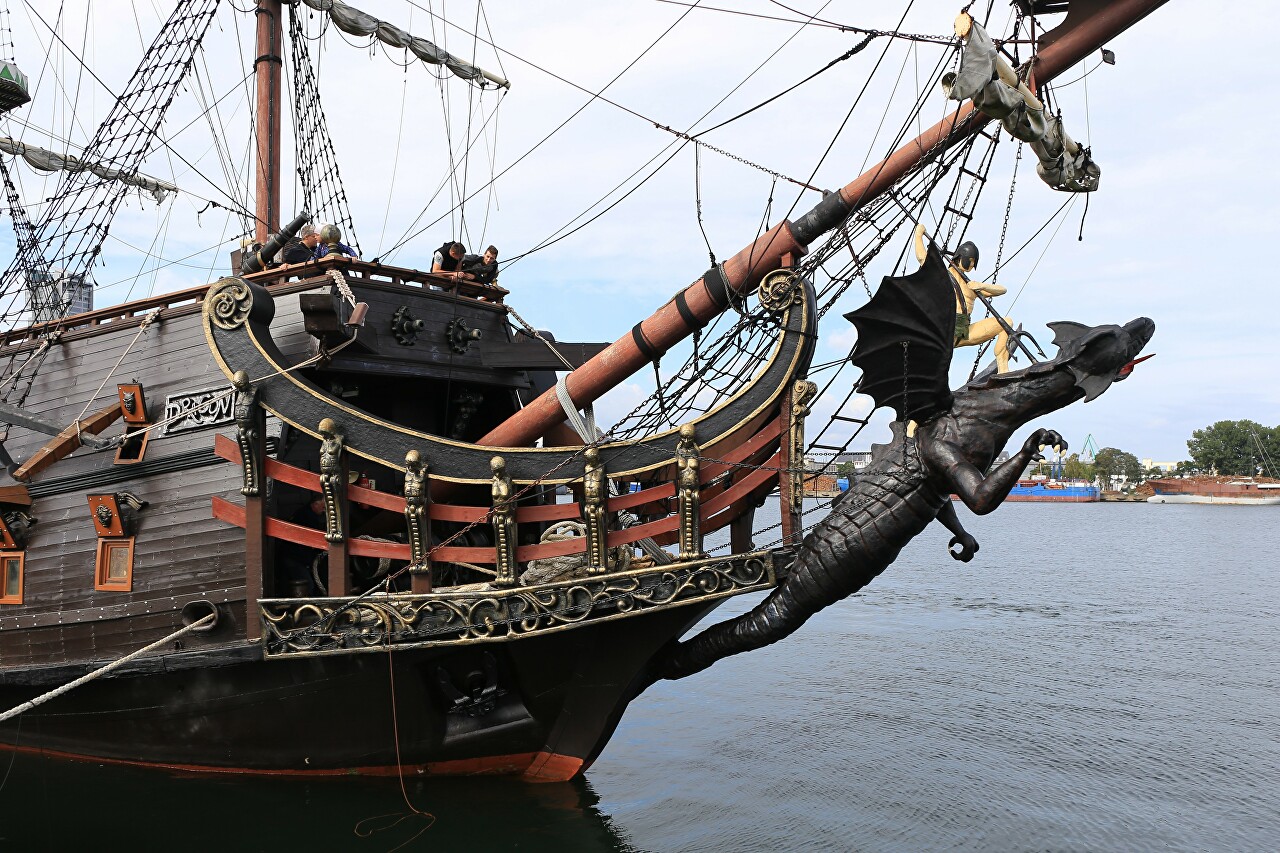 Guests can enjoy a restaurant and bar on board. 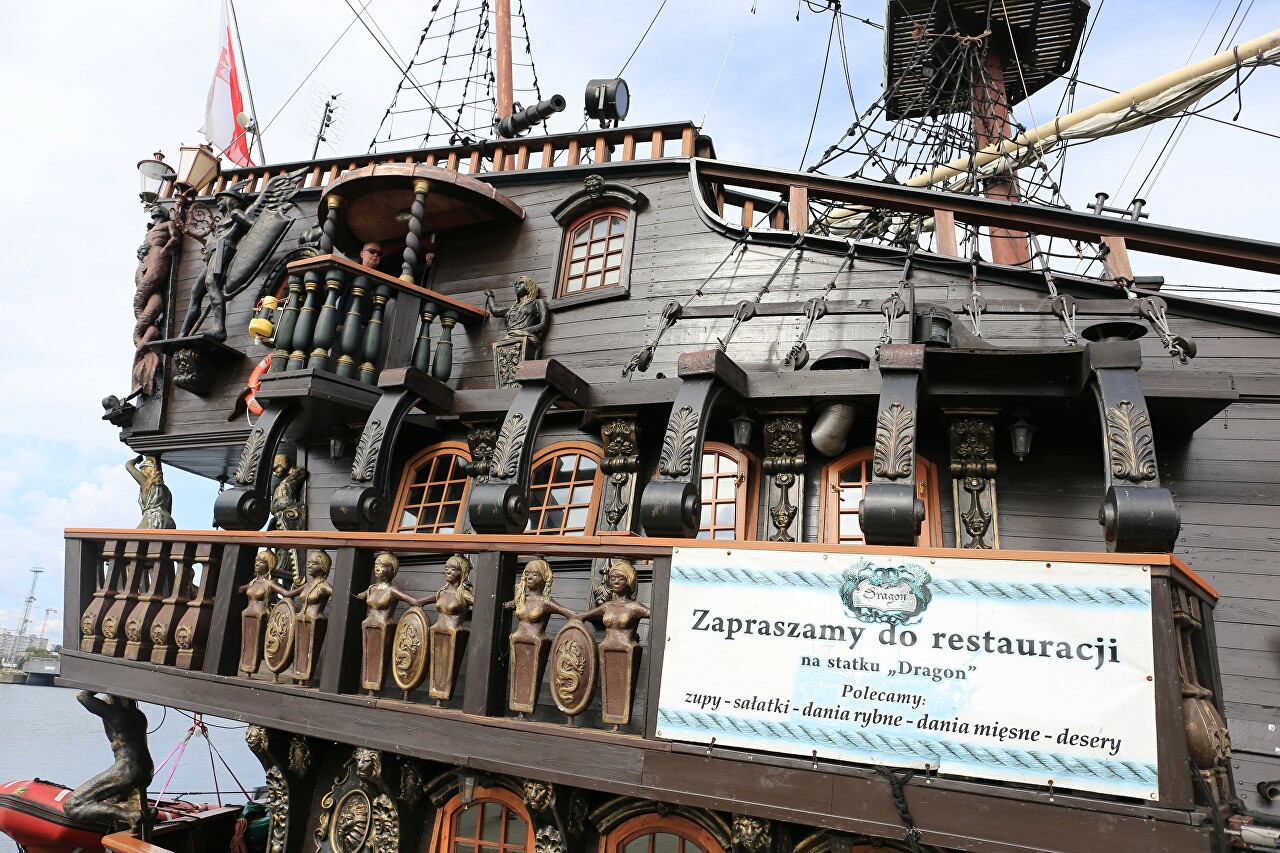 The vessel has a length of 45m and a width of 8.2m and can accommodate two hundred passengers. 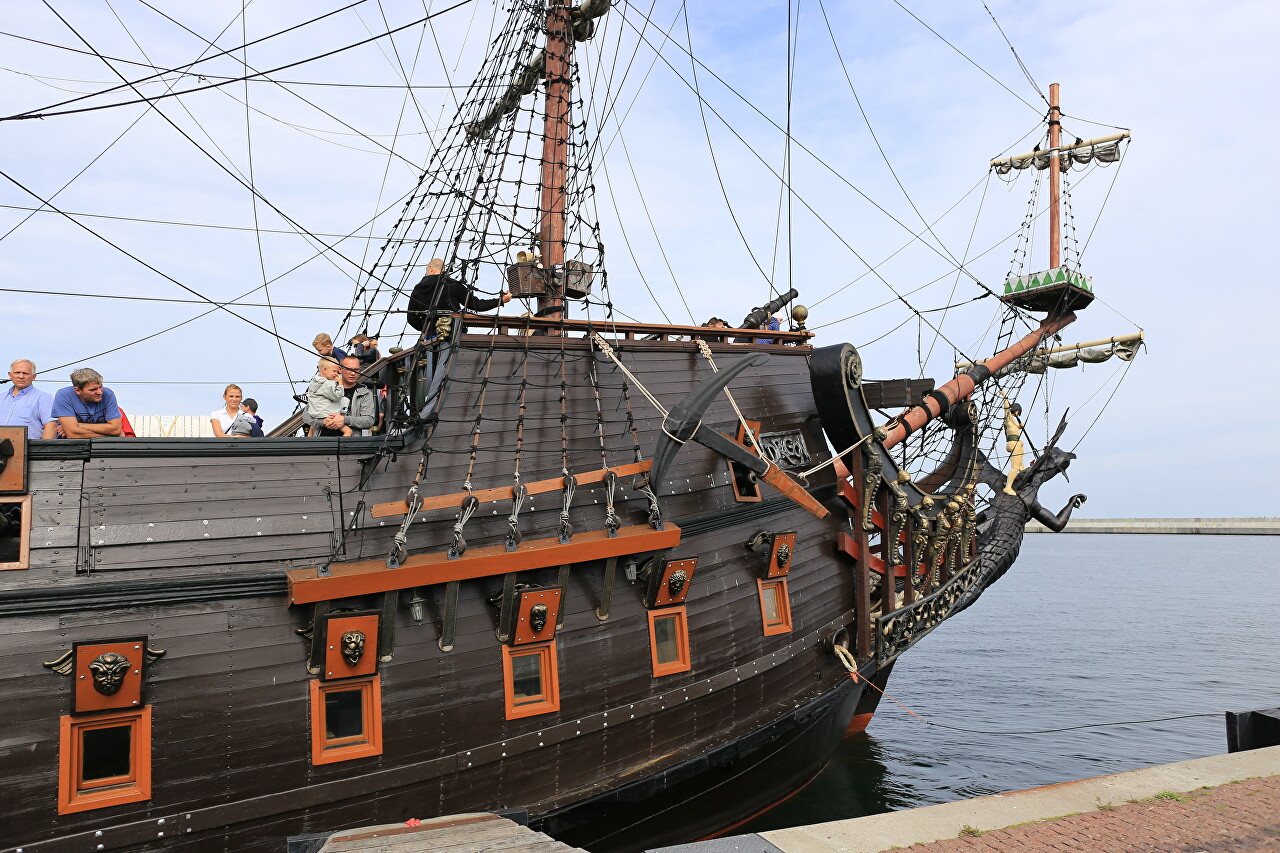 Dragon is owned by the company Galeony, the fleet of which has several other old-style vessels that perform tourist flights along the coast of Pomerania: Gdansk, Westerplatte, Gdynia, Ustka, Leba, Darłowo, Międzyzdroje. 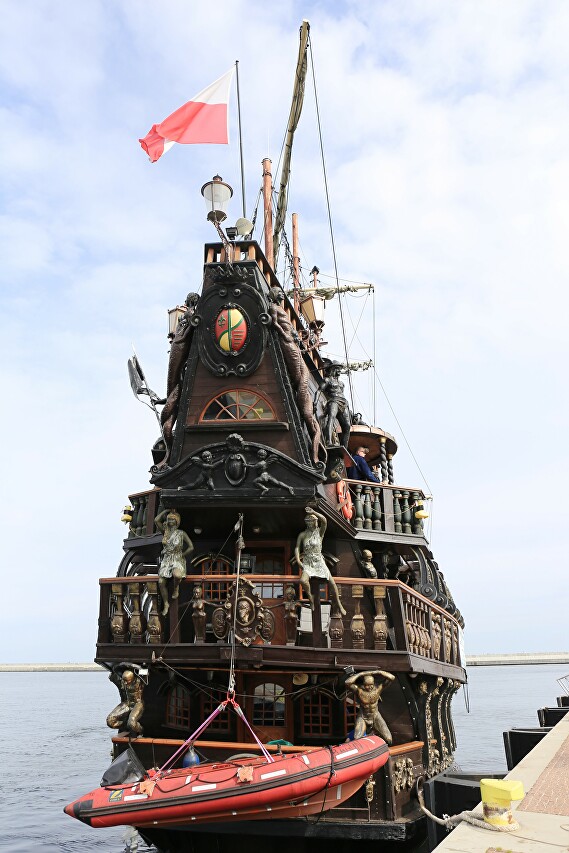